51 replies to this topic 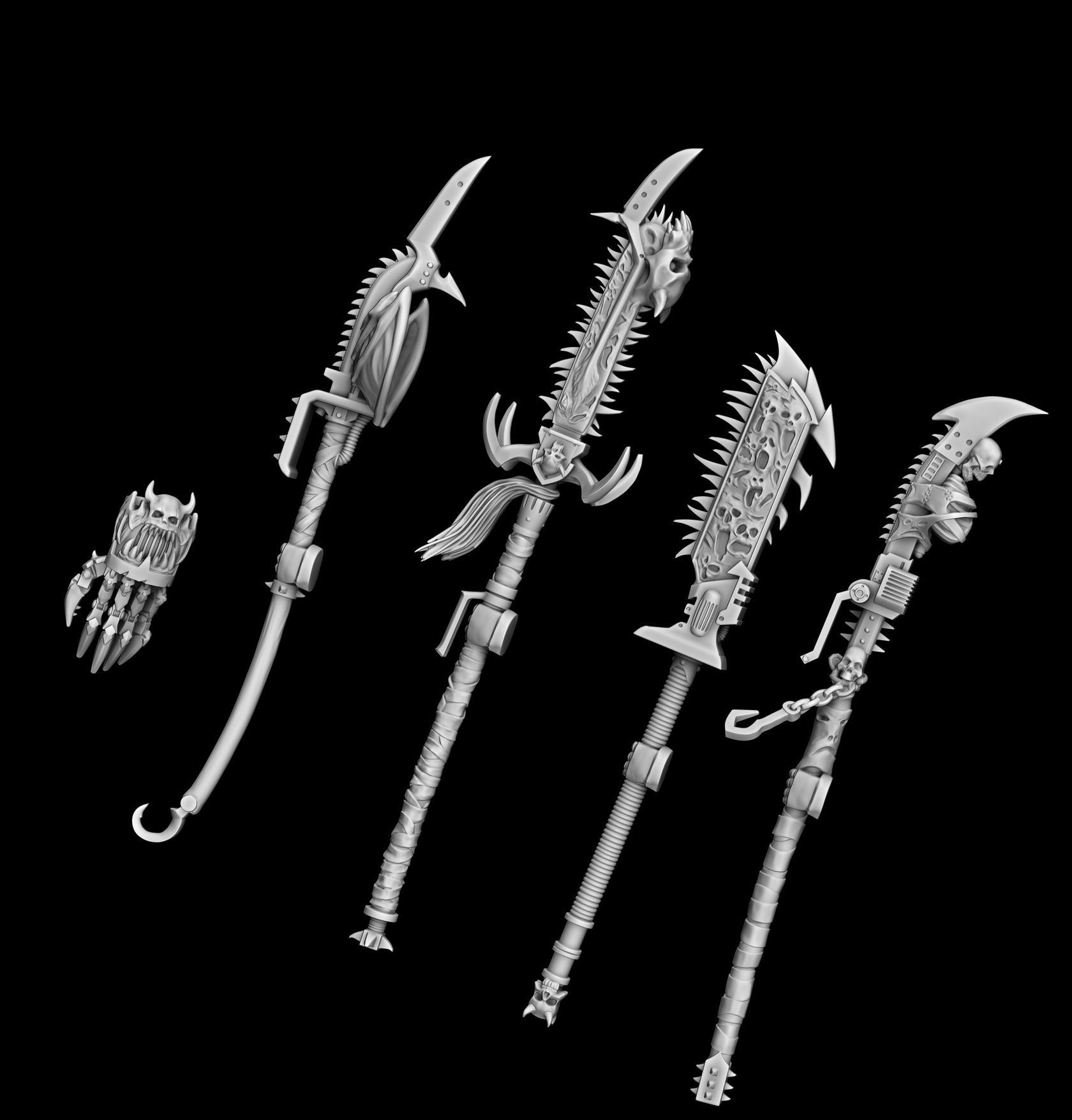 Excellent for Nostraman Chainglaives. These look better than the FW bits.

Eh I don't think so. Less is more sometimes. These are busy. With how the hands are sculpted on, there's always going to be ridigity to it, some of the glaives from FW have the hands in more natural "spear" holding positions, which will help with dynamism. Of all of these, I like the last one the most. The second to last is too anime for liking, massive head, attached in a very unnatural way to the haft. 2nd one in is very top heavy, the plume/tails should feature at the bottom to balance it out a bit. First one is... I think the hook at the end would benefit to bend the other way, but I think that's personal preference.

Eh, if you're using resin bits you're usually gonna want to get creative with the modelling anyway so the rigidity of the hand placement isn't a big deal. It's pretty simple to drill a small hole in the hand and adjoining arm and pin it at a more natural angle. A little bit of green stuff and it's easy enough to use a knife to sculpt the under-armour "grooves" at the joint. I do it all the time with arms at the shoulder.

I think these look way better for 40K Night Lords than the FW offerings tbh.

=][= fortis Fortuna adiuvat . =][=
my 40k FB Page:
https://m.facebook.com/Terminus6Est
Terminus Est
Blood and Honor!
Back to + NEWS, RUMORS, AND BOARD ANNOUNCEMENTS +

Also tagged with one or more of these keywords: Liber Daemonica, Third party miniatures