Akamyos - Guardians of the Soul 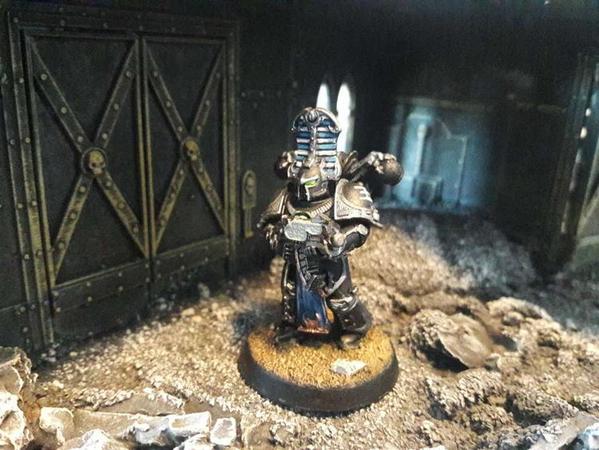 Having recently become more active at my local gaming club where the excitement for 9th edition is quite real I've decided, like so many others, to focus on a new army for a new edition. Due to both my love for sorcery and in the spirit of diversifying the armies among the locals I decided against playing imperial space marines and sought instead the power of the warp.

With a generous gift from a friend who hadn't touched a brush for many years now I found myself with a box of rubrics and twenty cultists for a start. All now painted to a degree where I'm not ashamed to put them on the table and the rest needed for a small sized army purchased with the last of my spending money on the way.

Inspired by many other excellent blogs and writers on this forum and on youtube who share their narrative I am, oncemore, trying to breathe some creativity into my space wizards beyond painting them.

Interviews with acquired [REDACTED] suggest that it translates from the abominable tongue of the Archenemy into 'Guardians of the Soul', its etymological roots thought to be found in 'Akami' translated as 'Guardian' and 'Phaos', which refuses simple translation into High Gothic but has in the past been deemed equivalent to words such as 'Essence', 'Soul' or 'Will' interchangably.

Nothing like some more Sons! Looking forward to seeing more, I like that blue and white on the headpiece. 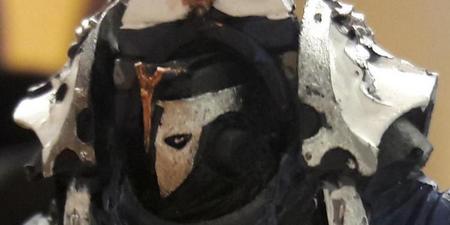 For days Autöri had been in silent darkness, he was one of many the dark ones had seized from his world, now locked away into the vaults of their great vessel. It felt like eons had passed in the dark, to Autöri’s gifted sight the darkness had given no solace from the terrors that came with the invaders. The darkness had promised him power, release, light and even death, each catered to a new temptation, probing and trying his psyche, every vision terrible and great.

It was on the seventh day that the door opened. He was near death then, lacking sustenance. The dark guardian looked a monster even more so than he remembered, it wasn’t the sight of the giant but the feeling of it. Its soul a flickering and faded thing, unnatural and wrong. It did not speak as it seized him by the arm, nearly breaking bone by that mere touch and guided him down the halls of the vessel.

Autöri tried to speak, but his throat was dry and his tongue stiff. Hunger ravished him as he croaked pleading words.

“Where are you taking me?”

Each question begot only silence. The giant’s aura, faded as it was, did not even flicker in recognition to his pleas. He could sense other souls around him, other souls which were kept in dark chambers. The glare of their soulfires shining through thick walls.The first sign of life beyond this were the songs, sung in a language unknown to Autöri but beguiling to his ears. The cramped tunnel of steel opened up into a great chamber where dozens of hooded figures held a choir, not a single one turned to regard Autöri as he was forced through their midst.

“Help me.” he managed in a strained voice, yet nothing acknowledged the words. He began to wonder if he was even speaking at all, himself.

Beyond the singers he was greeted by more obsidian giants, their hellish green eyes regarding him as he approached an ornate dais wrought from white marble and carved with mystic symbols. Their arms, great guns which spewed green fire were held close and pointed out into the chamber. Silent and terrible guardians for the figure who was enthroned behind them.

At first Autöri did not see it was a figure at all, the dazzling light of the creature’s soul was too bright. A dominant searing flame which washed over all around it, blazing white. Never had he felt such a presence, not even the Hidden Masters compared. He was forced down onto his knees before the figure.

It too was an obsidian giant yet where his captor was terrible due to its aberrant soul, this master among them was terrible in its power and he dared not raise his head to look upon it. He wept as he felt the blazing fire scoured his mind, every thought, emotion and memory laid bare before an invading presence that no man could deny. For a moment his own sight was lost and he was blind, the world around him suddenly a void as the soulfires vanished and mere steel and sound was left behind.

Then he heard the voice, yet no voice uttered the words. It was a whisper in his mind, and the first true words spoken to him in what felt an age. His tears were of joy, as well as fear as he looked up at the silver masked master, the words lingering in his mind. As they would for many years. 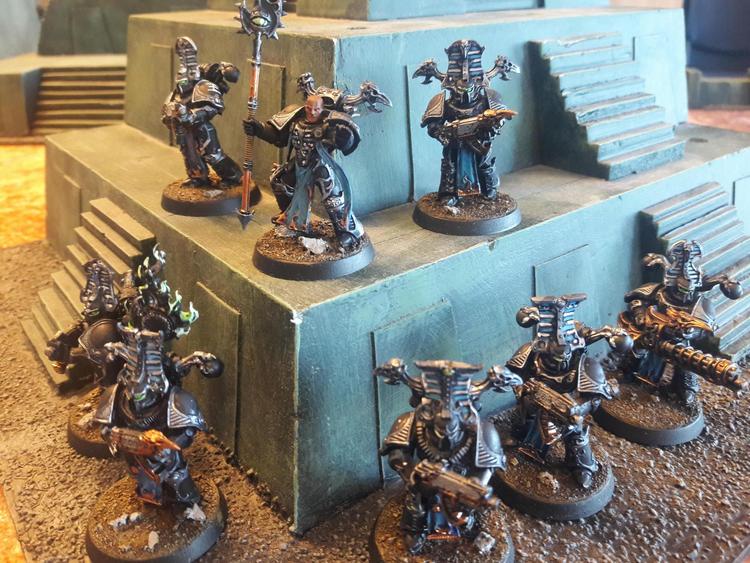 Good start, strong writing. Asks more questions than it answers, much like Autöri himself! Look forward to more.

Also tagged with one or more of these keywords: Thousand Sons, Chaos, 9th Edition