I think it'll be worth holding off until the rest of the model is done, then you can get a good feel about what colour you want

Wow, that yellow really pops! They really do look like they're glowing.

I think it'll be worth holding off until the rest of the model is done, then you can get a good feel about what colour you want

Agreed. I think the magenta I end up using on the base might be what I go with. It'll keep my colors limited but help it to tie in. Previous orders from GSW took about two weeks to get to me but I'm not sure how much COVID will affect that.

I have a Kill Team game tonight that I'm going to run these in. I've got a warrior mostly magnetized with glue drying so I can run a leader. It'll be unpainted though *gasp* so it might not be in too many pictures.

List is going to be the Warrior with bonesword/lashwhip, scything talons, and flesh hooks, 12 hormaganuts with adrenal glands and toxin sacs, 3 termagants with devourers, 2 termagants with fleshborers. Clocks in at 124 points.

I'm not sure what Adaptation I'll be running. Most of them are pretty thematic and would fit (excluding Kronos and Leviathan). I think thematically Jormungandr is pretty spot on but I'll probably be advancing and charging most of the time so I wouldn't see a lot of benefit from it. Behemoth, Gorgon, and Hyrda are the top contenders right now.

I wandered around on my fleet rules before settling on a couple. I'll see how they go first games but a 6++ on gaunts and models regenerating a wound seems like a nice fit for my plans so I recommend reviewing the Psychic Awakening additions in case you can roll your own

I'm no where near ready for 40k with the bugs and might not ever grow them that big so currently just looking at KT traits. I'm actually not a huge fan of the 40k system in general as I despise I Go You Go. Kill Team has a much better system IMO and I was really hoping we'd see similar mechanics make their way into 9th, or at least the damage phase from Apoc to help mitigate alpha strikes. 40k sees a lot of play and it's got a good group so I deal with the system in order to game with cool people.

Agreed, which is why I try to only run painted models. I'm a hobbyist first and love seeing awesome looking battles taking place.

KT is a lot of fun if you stick to the basics I've found, Commanders and some of the Elite stuff kind of takes away the charm in the basic grunts getting to shine. We played it a lot after it launched and some of the depth it has really works and made the games close, often flipping from one player to another as the game went on. Much rested on single models and rolls so they were action packed.

I reckon nids are well placed in KT too, perhaps if we can get back into it (opportunities to game aside) I can get my nids some KT games in. Until then I can live vicariously through batreps and the like

We've found locally that playing Elites at 125 points is the sweet spot. I feel like Commanders breaks the game based on rules and feedback from other's who have played it. I like the idea of grunts and a couple specialist working in small groups as opposed to a single 'boss' type model roaming the board.

The game Tuesday was a blast. I must say I had way more fun playing my bugs than I ever did playing marines. We played Infestation which is a narrative mission: http://wahapedia.ru/...s/#Infestation. (Can I link that here? If not nuke it please and warn me.)

Opponent (fellow frater) went first and set up his AdMech into three fire teams. I got seven hormagaunts on the board on my turn and got a couple charges off. He had one model that blasted two bugs in overwatch so I obviously had to take that model out.

T3 everything was on and I started closing in (we had a great multi level board). Highlight of the turn was using a tactic to let a model shoot again. I had a termagaunt with a devourer readied and took out his scout specialist. It was wielding two plasma-type pistols and I wanted it gone.

T4 we were tied at 7VPs each but his team broke which was a win condition. There was a lot of death and a lot of fun times had. My toxin sacs were ace in the last rounds as all my hormagaunts seemed to be rolling 6s in combat. My warrior did nothing (serves it right for not being painted).

Since this was a narrative mission we decided that his AdMech were coming in to rescue a previously stranded team that my bugs had been harassing. His leader and a couple models managed to escape and will be linking up with the rest of the team since they did find them (but many died in the process). Next mission will be a continuation of this story to see what happens as my nids close in on the remaining survivors.

My opponent took A LOT of pictures and they can all be seen here: https://imgur.com/gallery/H1VVF74

If you just want a quick glimpse here you are (we had fun when things died): 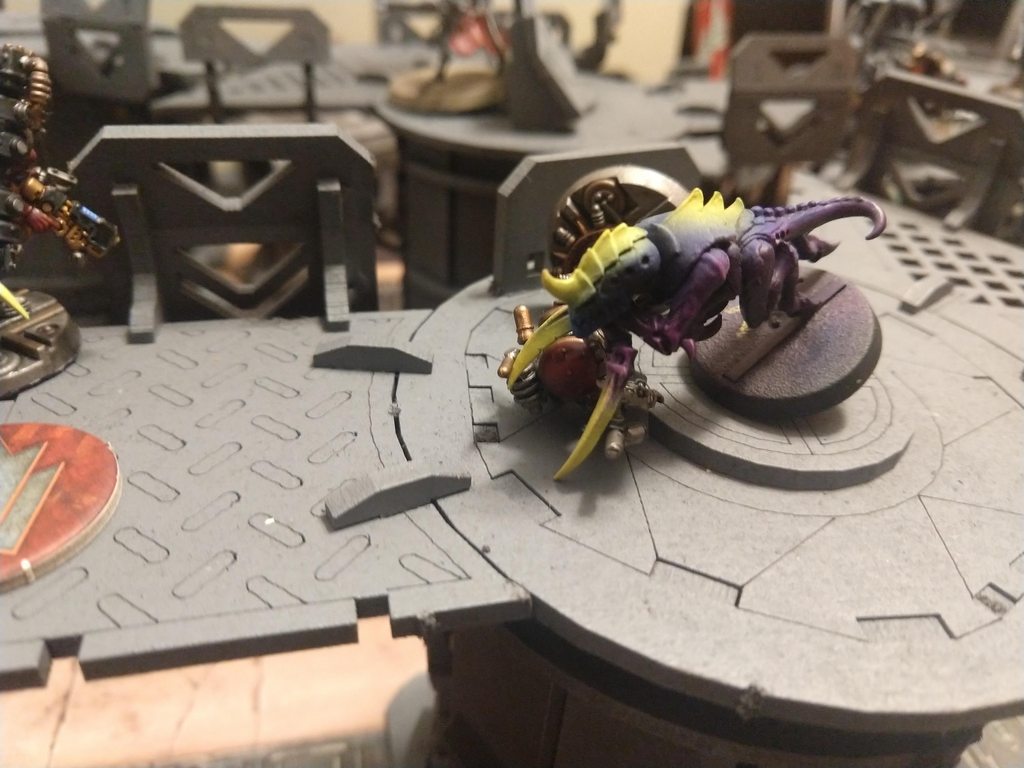 Once painted up the Warrior will surely do better

Hopefully and at least it didn't die! I finished building the other two and magnetized the first set of weapon options for my KT build. I made a Tyranid Prime but will run it as a regular warrior with the Combat specialism. I thought the Prime looked cool and the extra armor made sense to be on a body that was meant for CC. 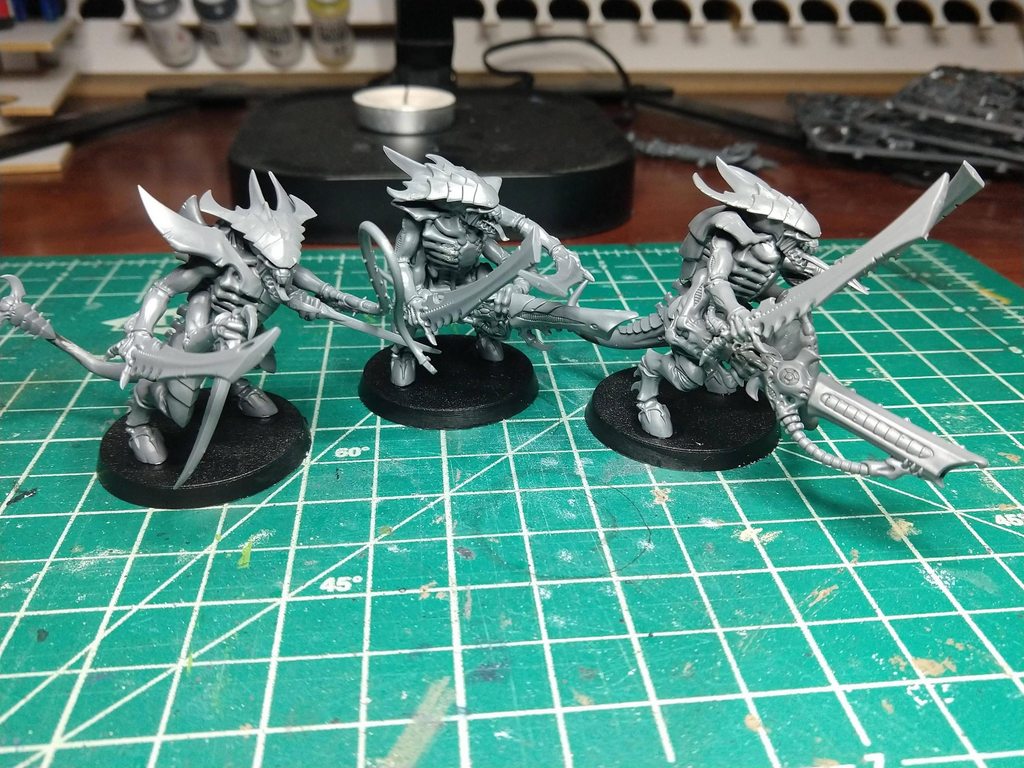