They mentioned stuff for KT back during the 9E intel drops - it's nice to see the game getting more love. The trailer has what appears to be Primaris and Flayed Ones?

if it is a DW vs necrons boxset, does anyone think we'll get custom DW primaris sculpts, or will it just be some assault intercessors and the upgrades sprue? hoping for the former

A tease of a tease.
But KT news is always welcome!

if it is a DW vs necrons boxset, does anyone think we'll get custom DW primaris sculpts, or will it just be some assault intercessors and the upgrades sprue? hoping for the former

Would not mind regular sculpted, if we get some proper 3D Zone mortalis type of terrain, that can also be used for, shockingly, zone mortalis games.


And the trailer now that it's available on Youtube.

Pretty sure it would be existing sculpts.  They’d save anything new for an expansion box in regards to kill team.

i know flayed ones are going to be new sculpts, but they’re an existing unit.

"They shall be MY finest warriors, these men who give of themselves to ME. Like clay I shall mold them and in the furnace of war forge them. They will be of iron will and steely muscle. In great armor shall I clad them and with the mightiest guns shall they be armed. They will be untouched by plague or disease, no sickness will blight them. They will have tactics, strategies and machines such that no foe can best them in battle. They are MY bulwark against the Terror . They are THE Defenders of Humanity. They are MY Space Marines and they shall KNOW NO FEAR!

I knew the trailer was bothering me - it started with the new logo, and ended with the old.

Maybe this is part of the reason why the Start Collecting Deathwatch box has gone No Longer Available on the GW Webstore?

Might be getting reboxed - the primaris SW box is the same way, and both have books coming out next month.

Colour me excited. Wild dream would be catacomb scenery. Can't see it happening but support for delving into the tomb worlds could be fun 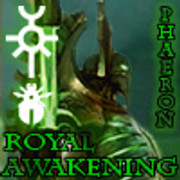 Okay, for those of you who have seen my posts, you'll know I've slowed down and stepped back a bit, because this is a period in GW's release schedule where they aren't sharing much information about the factions and/ or game elements that are of interest to me personally. Continuing to be active at such a time in GW's release cycle would lead me to be negative enough that I would burn some bridges and exhaust some good will, and generally bring divisiveness to an online environment about which I care a great deal.

So today's post, while it will contain some disappointing hypotheses toward the end, will hopefully not be too negative.

Let me start by saying that ANYTHING for Kill Team is better than nothing, and that I am ecstatic that GW has made an announcement that includes an actual timeline. Let me also say that my primary faction, Sisters, is likely to feature strongly in any expansion set in the Pariah Nexus, so again, sheer delight at this announcement. And finally, Kyria Draxus is awesome, and her involvement in the sector bodes well for the Inquisition as a whole, as well as other Imperial Agents. Knowing that the Deathwatch dex will be out by the time this expansion drops, plus the fact that Kill Teams have ALWAYS been a part of DW lore, plus their connection with the Ordo Xenos makes me hopeful for them as well, so again... Just awesome news.

I fear that a disproportionate amount of oxygen in the KT reboot will go to the more vanilla Marines and Necrons, and I'm at maximum saturation for that kind of development right now. It's been almost 4 months of nothing but Space Marines and Necrons. I was hoping the hype would exhaust itself after the first six months. I was hoping that all the dexes, supplements and model releases would be enough to satiate those parts of the player base so that we could get a month or two where we're allowed to hear about other things- and actual details about other things. If they had actually told us what the early 2021 xeno faction dex was, rather than just hyping the Space Marine supplements and other dexes that we already knew about, maybe I wouldn't have needed to post the "but" section of this post.

Again, all speculation. They could achieve Balance between support for the factions that dominate the Pariah storyline, which I would not mind at all. Even better, they could use it to promote the factions that are involved in the story that didn't receive super massive hype from the indomitus box as a way of restoring some balance to the release schedule as a whole, rather than striving for balance within the KT release itself.

For example, will the models in the KT box be more of the vanilla marines and Necrons released with Indomitus repurposed, or will it contain, Deathwatch, Templars or Sisters vs Necrons. If it's Pariah Nexus, the bad guys pretty much have to be Necrons. If the good guys are Sisters or Deathwatch, I'll buy it. Having one KT worth of Crons might inspire me to make a small Cron detachment for use as antagonists against my various Crusade armies. But if the good guys are just more vanilla marines, there will be no point to buying that box for me. If the marines turn out to be Templars, I won't buy it, but I won't be upset about either, because even though it's more marine spam, I get that Templars getting some love would be nice for a lot of other players.

PS- I hope this post was positive enough not to promote enough hate response to lock the thread, which is what happened the last time I thought I respectfully voiced legitimate concerns about space marine spam. It's really not my intention to troll. Honest. Peace B&C; I really do have enough love and respect for this board and it's members that I don't want to pee in anyone's Kool-Aid.

I knew the trailer was bothering me - it started with the new logo, and ended with the old.

This makes it seem likely (to me) that this isn't the hoped-for reboot of Kill Team, which I assume would update to incorporate the new WH40K logo.

Whether or not we get a boxed set out of this is anyone's guess. Elites, after all, was just a book. This might be nothing more than a (hopefully) large expansion that adds the new stuff (e.g., Bladeguard and other stuff that appears in the shiny new 9th edition WH40K codices) and some other stuff that isn't represented in the current KT rules; and potentially refines some stuff that was released in the 2019 Annual. A new boxed set would be great, but I'm keeping my expectations low (in terms of cost/content quantity).

Kill team is a bit clunky - up to 4 dice rolls per attack, hit - wound - armor save - flesh wound..  But the concept is just amazing.  Great entry point to the hobby, can have smaller factions not in the big brother 40k game, great flexibility for using smaller terrain, can fight inside spaceships etc.  Its simply an amazing concept.

I hope for a re-release with updated rules, not sure how it should have been done though.  And please emperor almighty let me bring my fenrisian wolves in my kill team!

We've likely just seen the forces that will be in the box - IF there's a box. Looking forward to more info on a new Kill Team starter! Hopefully would contain some cool scenery as well.

Curious to see how this pans out. The previously previewed new flayed ones look neat, and while I hope it won’t be more standard assault intercessors (since I’ve acquired a small stockpile of them already) I won’t exactly be disappointed (time for a new chapter lol).

I really want to see what the terrain will look like, though. Unless this turns out to be more structured like the Rogue Trader expansion, which I wish they’d do more of, as I really liked the concept and look of.

Honestly, it seemed pretty even-handed and constructive to me.

(whilst I like Space Marines as much as the next person, I also like Orks, Genestealer Cults, Necrons, ... everyone needs their time in the sun, or things go downhill

True, but I find it a little jarring once I noticed it ... I'm kinda surprised they didn't "silently" update the Kill Team logo to incorporate the new 40K one

Seems like they are sticking with this edition which I’m fine with. All I’m looking for out of this release is: profile updates for marines and an expansion of units available in the game. Inquisition as a faction would be great, with Draxus as a good excuse to do so.

Seems like they are sticking with this edition which I’m fine with. All I’m looking for out of this release is: profile updates for marines and an expansion of units available in the game. Inquisition as a faction would be great, with Draxus as a good excuse to do so.


Your Dude(tte)s, please. I know that GW's named characters will always be better, in any rules set. But let us have our own Inquisitorial retinues and Rogue Trader crews.

That's my concern as well. I guess we'll find out soon enough

That's my concern as well. I guess we'll find out soon enough


Not necessarily, they may follow the Necron warriors logic and charge £30 for a box of flayed ones and £33 for the kill team starter with the flayed ones, marines, scenery and rules 😆