Possible changes in the new codex.

634 replies to this topic

It mentions codex supplements, I may be cynical but expect the rules to be for matched play as some sort of dlc rules

Did any deathguard stuff get previewed in the Decadance and DECAY preview today?

No models, nothing of the Codex, just an announcement that the new Warzone Charadon campaign book would have 'new rules' for 4 factions including Death Guard.

Which hopefully means narrative rules specifically for the Charadon setting, and doesn't mean that after buying the new Codex next month, you got to buy another book to get all the rules for the army. Hopefully.

...but, we're talking GW here, so who knows - I'm hoping for good news in that regard, but bracing for bad...

I expect the our Codex will be fully usable, to be honest the rules it says will be coming will specifically be for Typhus' bunch of Abbadon worshipers. So maybe limited access to some DG units but more access to Black Legion units, could actually be interesting.

Seeing the obscene new rules for blood angels I'm hoping we actually get something new.

Not sure if it’s been said already but every marine unit in the codex should get DR. The fact a Death Guard Nurgle lord doesn’t have it is criminal. 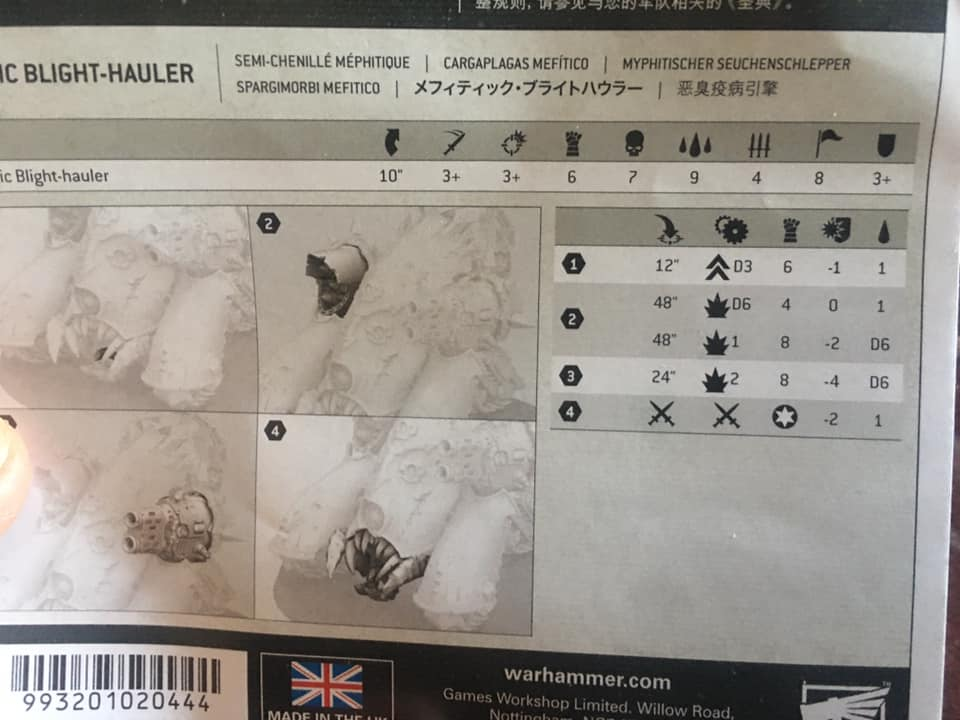 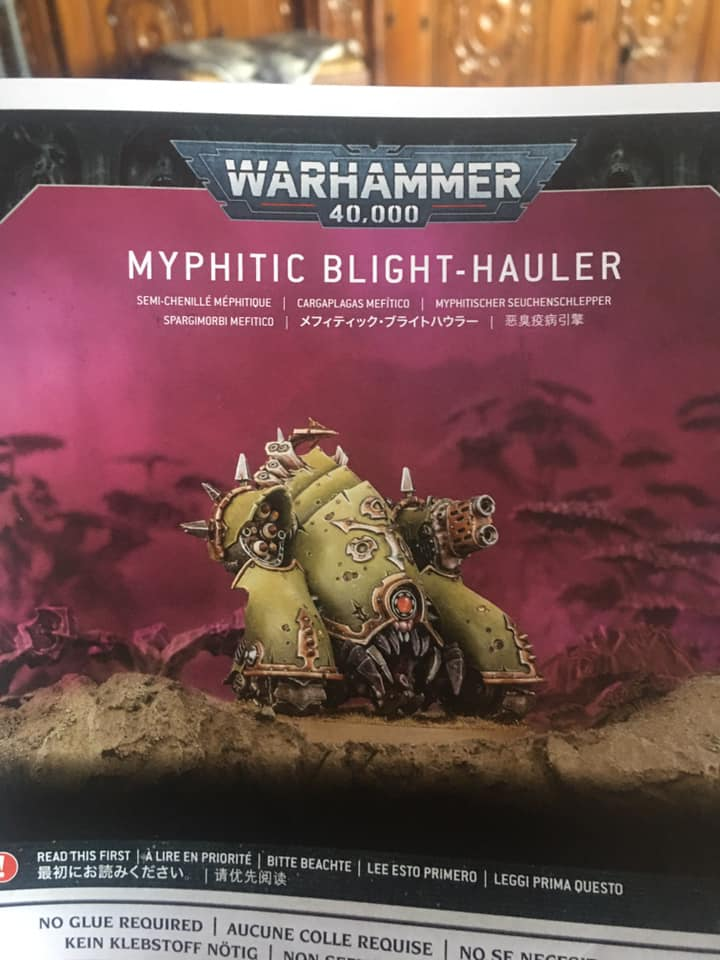 Yes I think so, FW daemon engines are WS/BS3+

+3 BS without having to take another 2 is actually really great, looking forward to seeing some more!
Please GW, make this across the board for all engines!

Is it normal not to say “Plague Weapon” for the bile spurt? Or could that mean they made all Death Guard weapons plague?

They don't really list special rules on those sheets that come with the model.

That’s what I was thinking, then I got hopeful. I would still like 6 haulers (2 units of 3) if they still have the furnace for the 4++.
And the strat for the -1AP would be a bonus.

Yeah, these data sheets never contain any special rules (either for the model or the weapons) but only the base stats of both.

While these little information sheets can give forewarning of upcoming changes, they are also often replete with errors, so don't get your heart set on any of the "changes" indicated by the "new" profile.

I have some hopes for the Defiler now. I own two with reaper and flail. They do okay now in 9th as they are, although not super competitive but decent even so. If they give it WS 3+ and integrated Feel No Pain without a large points hike (they need Contaminated Monstrosity to soak all that fire and it is expensive on CPs), then it could be quite good indeed.

As for Myphitic Blight Hauler gaining a wound and an attack and removing the need for a full squad to (I want to continue to go full squad anyway, it is stupid hard to remove them and they are dangerous as hell to elite stuff) give them BS 3+, and now gaining WS 3 (as well as an attack), it is down right hilarious. Myphitic Blight Hauler is already a stupid good unit in 9th, if they become even more stupid good then I fear there will be a large points increase to mitigate that, which may again make list building harder (since I am going to take a unit of 3 in almost every scenario unless they get a massive points increase anyway). So time will tell if that is positive overall. It is looking a bit promising though, for all daemon engines.

Yeah I'm curious what will be done with the MBHs re: points & unit size. If they lose tri-lobed and/or units of 3 I wouldn't be upset providing they're fairly priced. Certainly looking promising thus far!

Apparently Daemon Engines in the FW book also got a similar buff (didn't purchase it myself), so it's looking promising for it to be a buff for all of them 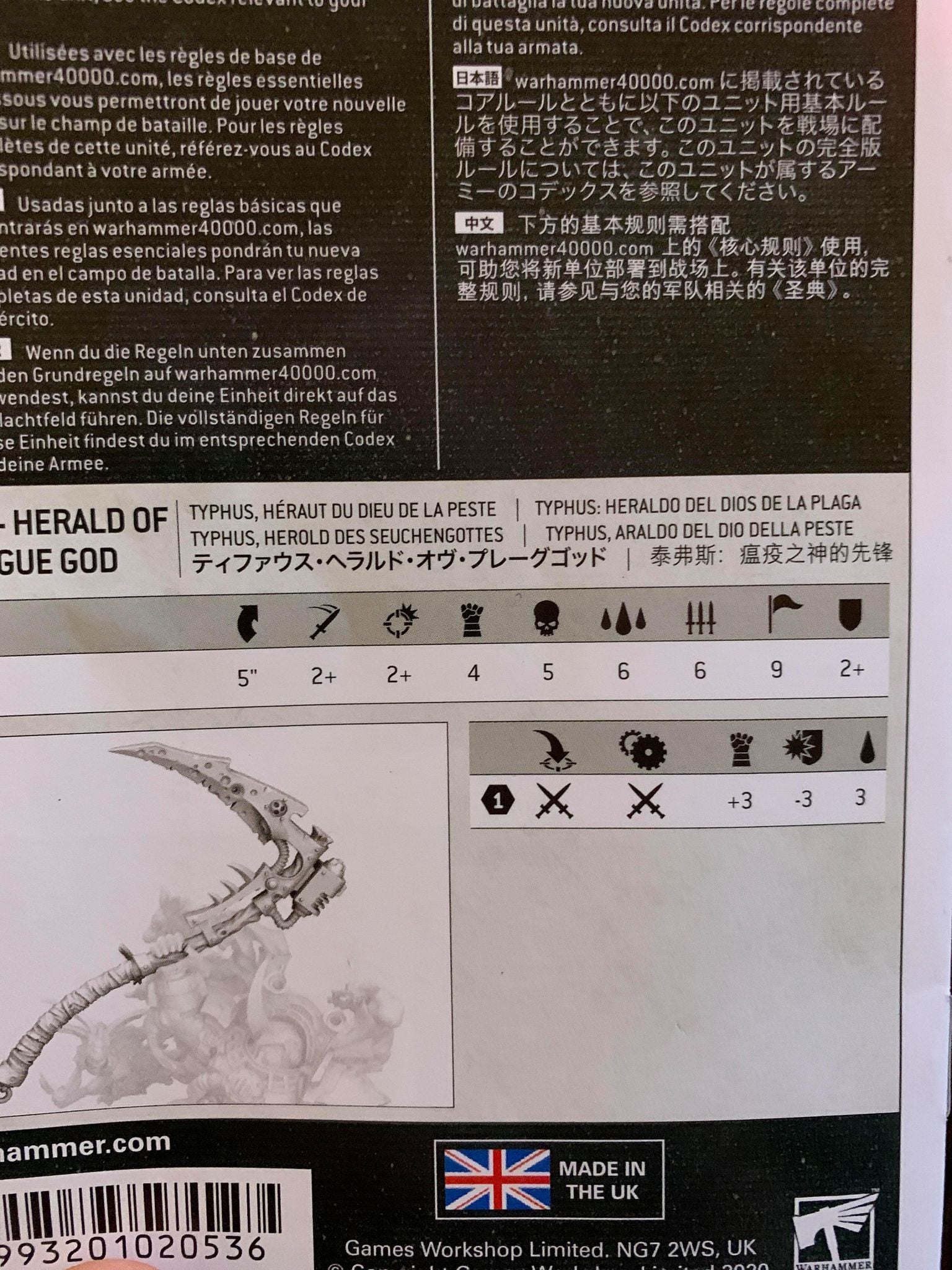 Does Typhus still have a Cataphractii armor (4++ save)? I wonder if they are changing our armor to 5++ saves.

Apparently Daemon Engines in the FW book also got a similar buff (didn't purchase it myself), so it's looking promising for it to be a buff for all of them

I sure hope it is a buff for all!

Does Typhus still have a Cataphractii armor (4++ save)? I wonder if they are changing our armor to 5++ saves.

Seems plausible/likely that our Terminators will get the "relic" treatment from C:SM: +1M, 5++ instead of 4++, and no halving advances. Whether Typhus keeps a 4++ in such a scenario due to being a Chaos Lord or goes back to the 5++ he had prior to 8th, no idea

I got to admit that I worry about potentially losing the squad unit type for Myhitic Blight Haulers. The best thing with that unit is that you can run them in rock hard squads of 3, making them disgustingly hard to remove in 9th. But I suppose it was maybe too much and it does have plus sides considering the extra would and WS.

Typhus looks disgusting from this reveal. Surprised about the MV upgrade for a model in Cataphract armour though. I wonder if that heralds a change for our Blightlords as well. Hmm.

Man I hope we don't lose the 4++ on our terminators (Typhus/B.Lords/D.Shroud). I'm starting to worry a little :-(

Almost sure we will loose the 4++ but also pretty sure we keep the 5+ fnp.
Honestly I prefer that. T5, 3 wounds woth 4++ 5+++ would have been way too strong. I hapilly sacrify 1 in invu to get mobility that was cripling before

It might not change for us, as we've got no kits to consolidate (or whatever the bizarre reasoning was for the Loyalists), but if it does I imagine Typhus would keep his 4++, he's an HQ after all. Also am I being forgetful, or did he have W7 in the 8th 'dex?

Also tagged with one or more of these keywords: speculation