“Look not upon the Gods, hear not their honeyed words, and speak not unto them in prayer or worship.”

-The Three Edicts of Uridimmu, Lord Executor of the Sāqīqu dynasty, Slayer of the Seven Divine Kings, God-Killer, He who has walked in the Space Betwixt, Void Touched, Arch Misotheist, and he of a thousand thousand titles.

“Welcome to the ten thousand Satraps, Imperial! The Sāqīqu dynasty extends its warm welcome, asking that you only obey the edicts as laid down by Uridimmu…”

-Automated message, broadcast along the border system of the Satrapies of Uridimmu. Broadcast in Low and High Gothic, Anglic, Frankish and Binary.

“You prattle on about your Gods, those bloated four cancers that squat in the cursed flows of the Immaterium. So determined to illuminate the rest of your squabbling species with this so-called Truth. You and your mewling Gene-Father disgust me Word Bearer, I have crushed civilizations far more mighty than yours, swam in the blood of whole species more worthy of my respect.  Uridimmu is coming, and he shall hurl you and that pontificating Primarch back into the abyss.”

-Belus, The King who has No Equals in all the Lands, Annihilator of Tyrants, the Death that came to Xanadu, Grand Satrap of the Lagash Cluster and the Numinous Reefs. Addressing Xanu Corraith, Dark Acolyte of the Word Bearers on the despoiled shrine world of St Runill’s Repose. 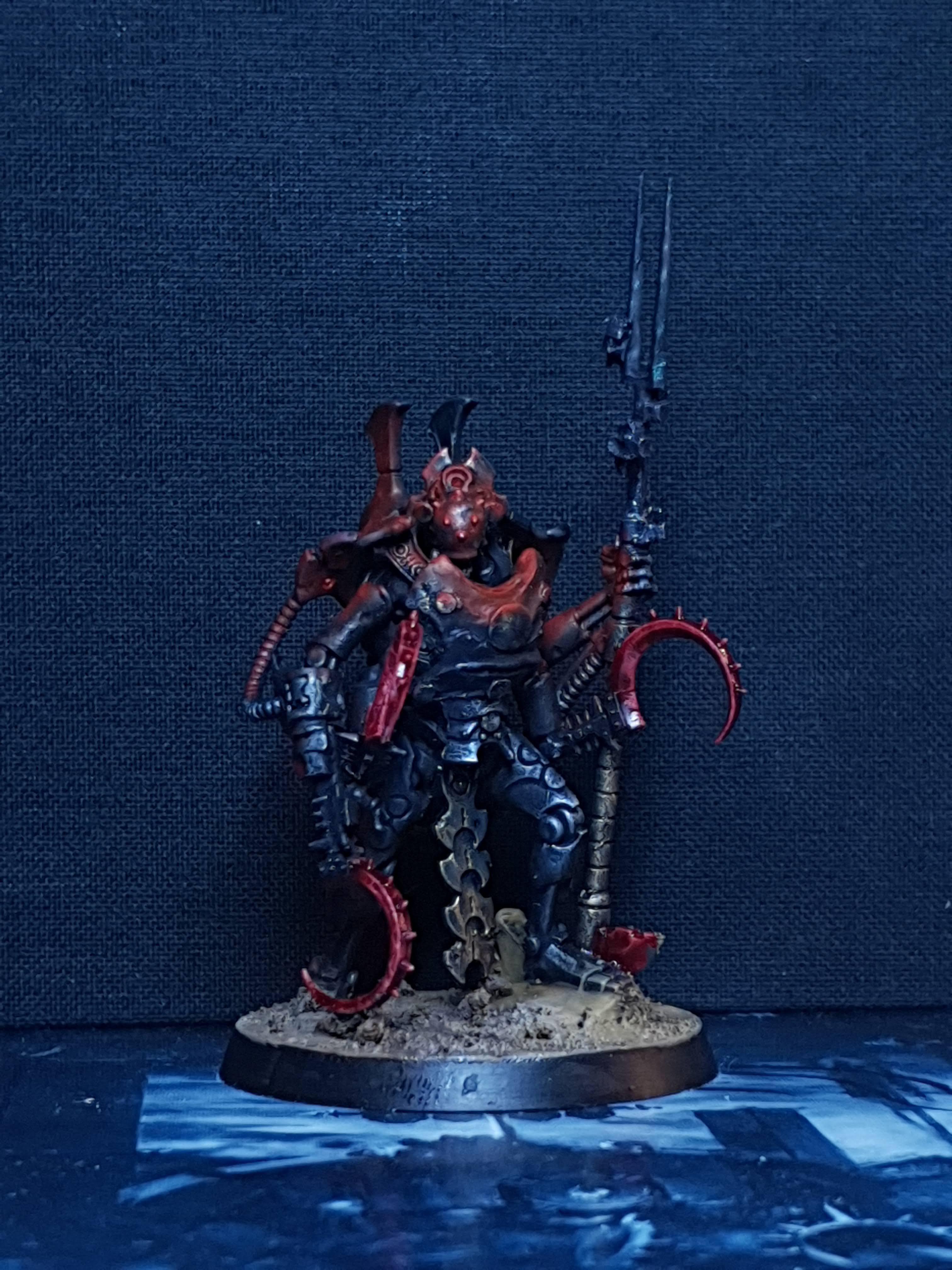 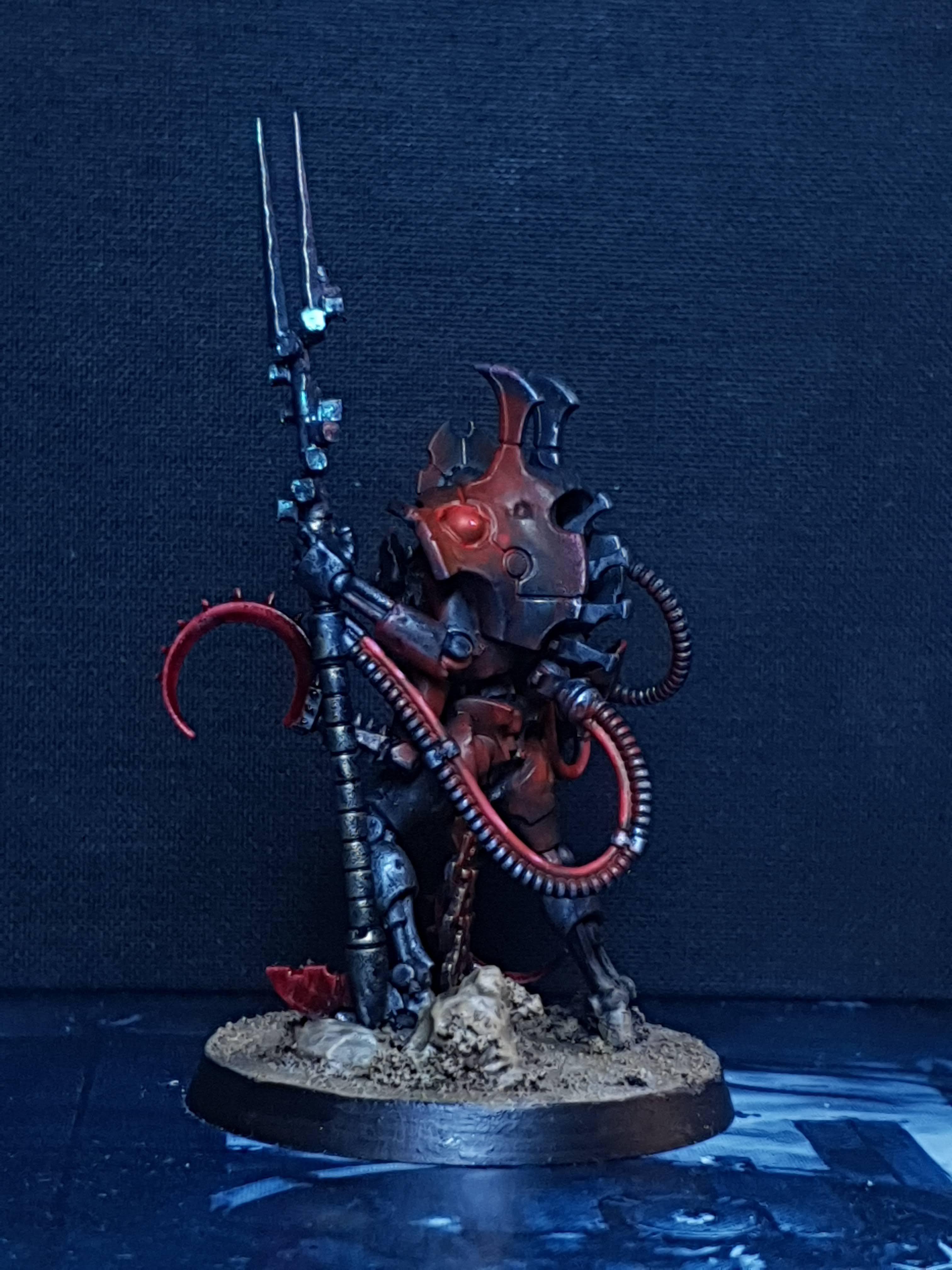 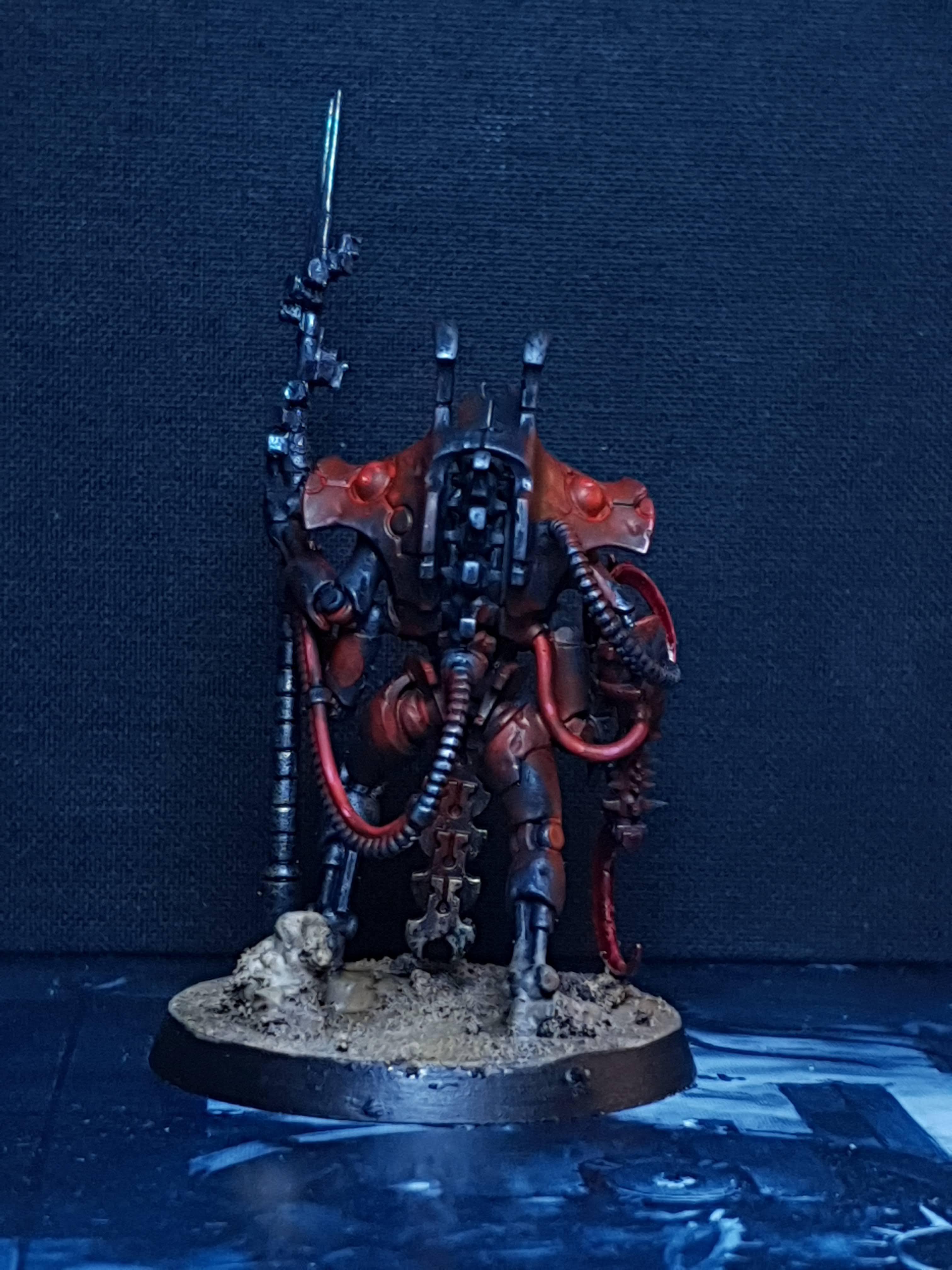 ‘Out of the dark did I hear the march of a great number of armoured feet, and thus the Burnished Ten thousand did appear. Their deathly visages hidden, and in their cold red eyes I saw only the promise of death.’

‘The Daīrīu, the mailed fist of Uridimmu’s legions, and a backbone of a thousand thousand conquests in his name..”

-Beyond the Rim: Tales from the Edgeworlds, Memoirs of Maria Von Syle, Rogue Trader.

‘Every kilometer along the Royal Highway is marked with a burnt and scarred suit of once shimmering blue power armour, impaled upon adamantium spines. Their armour ranges from ancient Crusader pattern plate, all the way to the sleek lines of Maximus plate. Each suit representing a Legionnaire of the accursed XX, slain as they fled into the Endworlds to escape the Scouring.

Belûs informs me that these grim milestones stretch for almost a thousand kilometers, and though I do not weep for these traitors, the thought of the equivalent of an entire Chapter so dismissively annihilated, chills my blood.’

-Beyond the Rim: Tales from the Edgeworlds, Memoirs of Maria Von Syle, Rogue Trader. 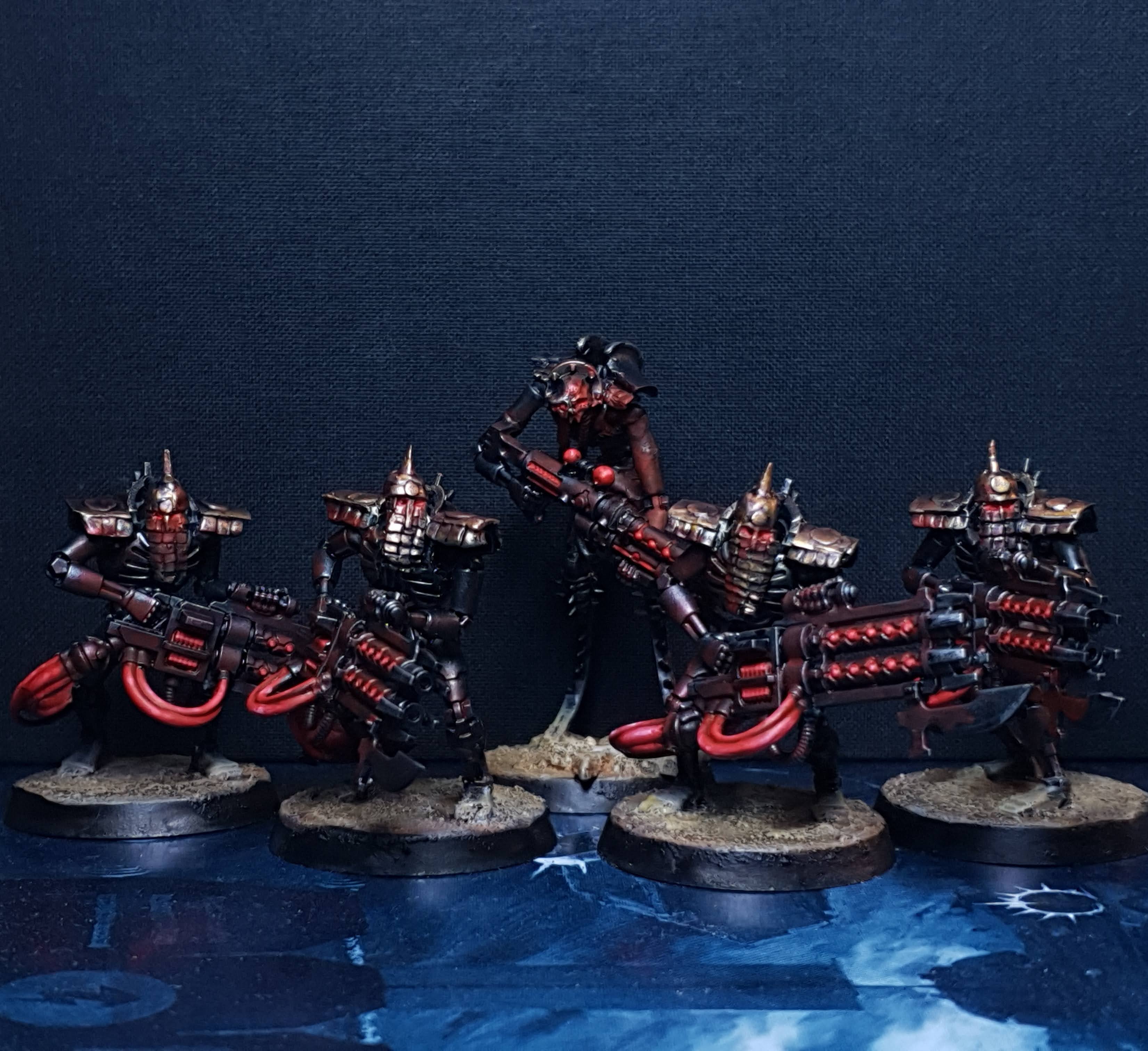 ‘Those that have burnt the Temples to Ash’- The Seventeenth Pirru of Daīrīu, members of the Burnished Ten Thousand, led by a Guzalû

Oh wow, it's been a while but I am back now, and have hopped on the 9th edition Necron train, with a dynasty that is a little more cosmic horror and mesopotamian, than space-egyptians. I’m also collaborating with Apologist and co in his fantastic Endworlds project, so expect to see some more crossovers soon….and of course welcome to the Ten thousand Satrapies….

Excellent work on the Necrons, their Lord, and the many quotes that give them personality and a dramatic impact.

The Grand Satrap is certainly an imposing fellow, as his role befits. I'm a huge fan both of the colour scheme, which is most atmospheric and sinister, and also the modifications you've made to the Immortals with the scale face guards (I want to say in the Assyrian or Persian style, but I'm not sure on that). It adds a lot of character and takes the army away from the space-egyptian steretype, as well as providing them with a faceless anonymity, as suits the soulless legions of the Necrontyr.

Wonderful to see them on this forum!! I've been following them on Instagram and I ADORE them.

Now that's atmosphere. The modelling, the painting, the background are all fantastic.

We have met the enemy.... and they look fabulous!

Saw these a while back on IG but it's great to see these in full resolution! Looking forward to seeing more models and lore!

Lovely to see them here and all collected!

Also tagged with one or more of these keywords: Necrons, 9th edition, cosmic horror