Back in Blue, a Primaris Ultramarines Thread

My son has finally settled on an army for 40k!

As I have got a playable force of Tyranids and a start to my Death Korps of Krieg it's time to put some time into my boy's Ultramarines.

He's not really interested in the painting side of things so I have free reign over the artistic aspect of the force.

I'm easing him into it slowly and have started the army with models he thinks are cool, which will hopefully keep his interest.

With that in mind I thought I'd start him off with an HQ. I'll be using the colour scheme I used for my Horus Heresy Ultramarines.

I have fond memories of those years so seemed a fitting place to begin. 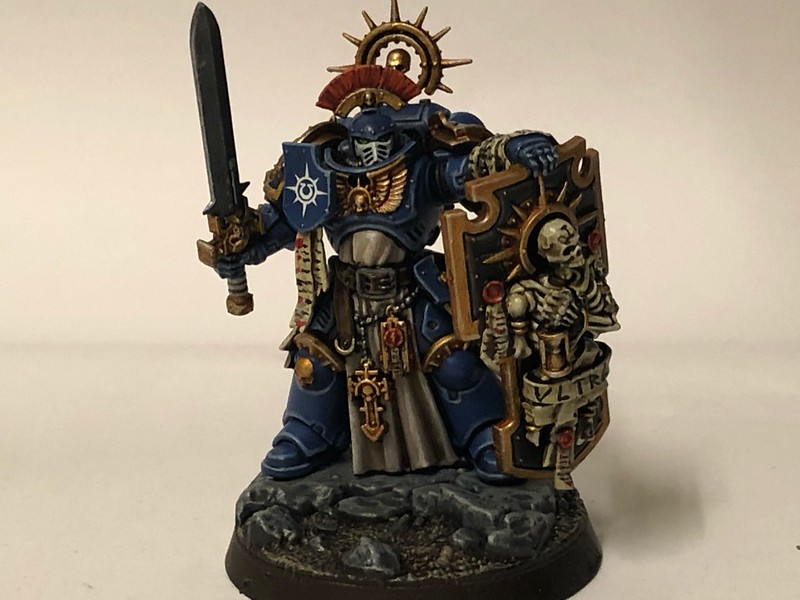 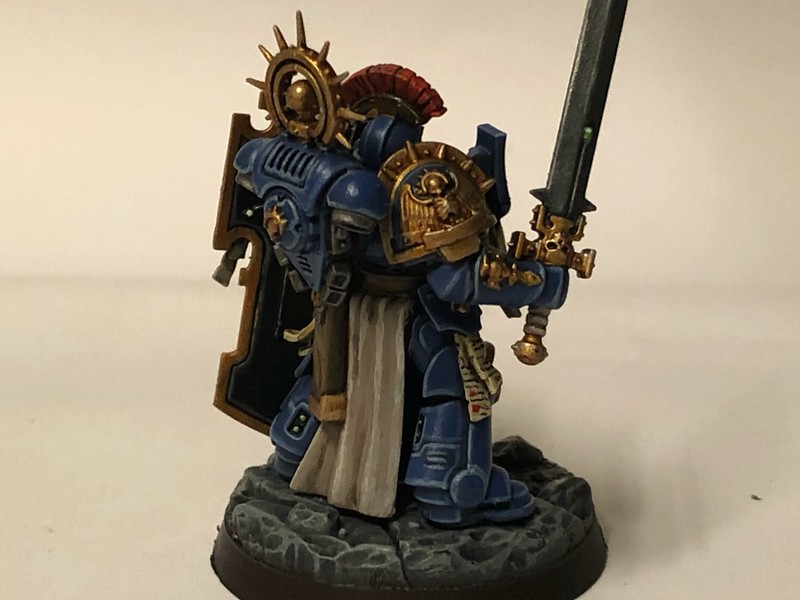 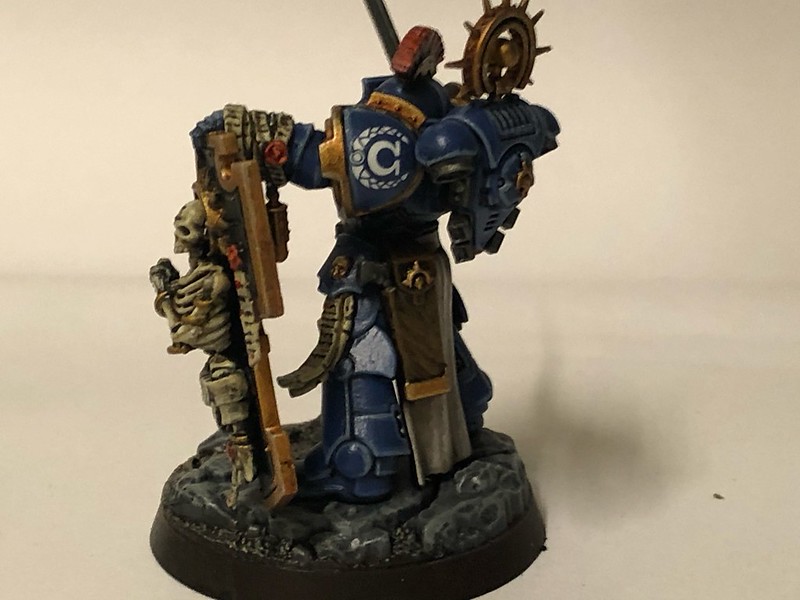 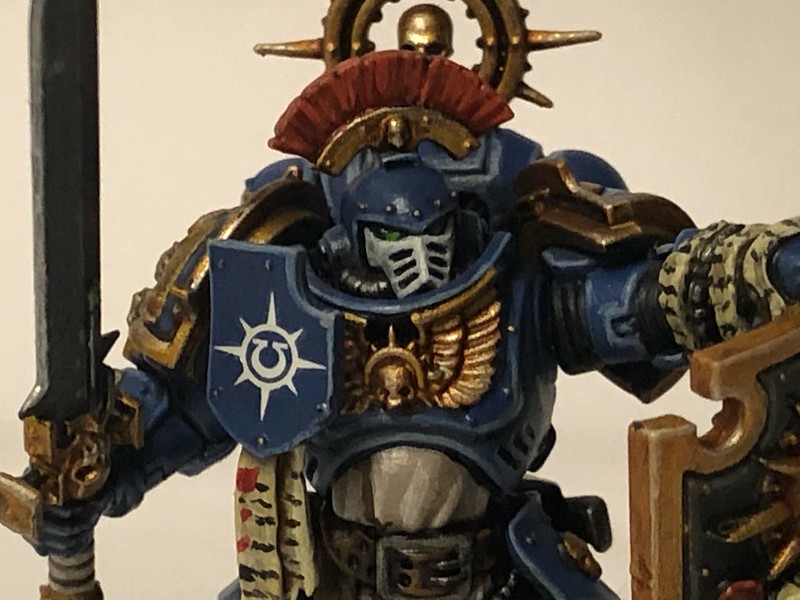 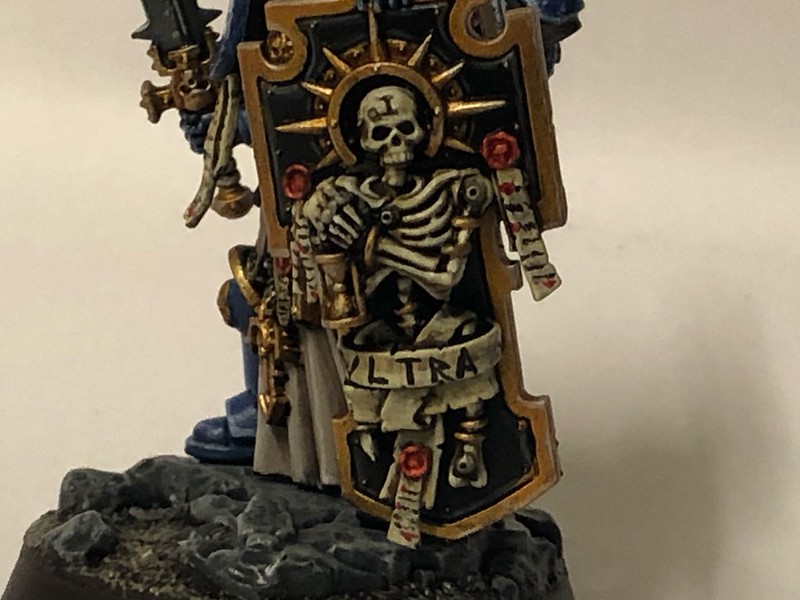 I've started this thread to gather my thoughts on this project and hope people with experience of getting their kids into 40k will offer constructive advice!

Top notch work on the Captain. Excited to see more!

I don't have kids of my own but back in 4th edition I did tutor multiple 10-14 year olds and getting them into the hobby. (Back when the boxes where still affordable for that age range. . ) May I ask how old yours is?

People have different approaches how to teach new players the game, the way I did it was outlining the general idea of my list, the thing its good at, what each unit its role is in the list. Then I would let them tag with a game of mine, so 2 vs 1. I would point out a unit and give them 3 options every turn in general, so example:

These 5 chaos havocs with melta's in a rhino can either go for:
A That big tank over there on the frontline
B The heavy elite unit of your opponent
C We wait a turn to get further in his backline to reach his basilisk.

You don't need to make the choices to obvious, you would be surprised how many will actually give ''the right answer''.

I know my way is a lot different then how most people do it, I have seen some other mates of mine that preferred to go from small 500 point battles and scaling the games up by a 100 or 200 points. Their theory being that with less options it would be clearer for the newcomer what to do and not getting swamped with to many choices. (I personally can not play like this as small battles are just boring for me =/.)

I sometimes do wonder what happened to one of those kids that I taught the game as he had so much potential, he was beating people of my group, which where pretty good at the game, within 2 months. When we had a 2 vs 2 tournament he asked me as a team partner and I let him draft our initial lists, the only thing I ''had'' / wanted to tweak was taking something out for 5 havocs with heavy bolters for horde armies. He understood the cheese quite well, 2 x Daemon prince with lash in combination with Defiler battle cannons makes it really easy to pull stuff out of cover, group them together, and then pie plate them into oblivion lol. (ended up 2nd place) Best game at the tournament where our 45 ? chaos models versus 220 orks. Endscore: 7 dead models on our side vs 200 of theirs.

Some learned faster then others, the hardest thing when mentoring imo is biting back on your tongue initially and let them think. Do not feed them the answer when they are doubting, if they are doubting, make them doubt more by asking his thoughts behind the move he is making. It doesn't have to be the case that he made the wrong choice, but rather wanting to know what made him doubt in the first place. It also shows which units are on his priority list in his head so you might gauge if he understands the concept properly.

Its also in my opinion important as a mentor to get a feeling of what kind of playstyle fits the newcomer. Easiest distinction is melee or shooty, elite or horde, fast and fragile (dark eldar) or slow and steady (nurgle).

I also never dissuaded a newcomer of picking a certain army. I always let them pick the faction which appealed to them. I am sorry to say but I developed a distaste for those Outriders back then (GW employee's that would hop between hobby stores for demo games and stuff) that where pushing Space Marines ALL THE TIME, disregarding what the newcomer found appealing because well, marines are forgiving when making a mistake whereas some armies like Dark Eldar a mistake translates into a destroyed raider with 160 points worth of wyches.

The captain you painted looks great, kuddo's for that. I would try to a certain extent to make him paint at least some of his models as in my opinion this makes a person bond on an emotional level with their own army. It will also give him insight how much effort it takes to paint certain stuff and thus most likely he will be more cautious when handling models + more gratefull towards you for doing all that work for him.

Loneliness is the poverty of self. Solitude is the Richness of self.

Thanks Son of Carnelian!

That was amazing advice Emurian! My boy is 9 so after teaching him Risk and Blood Bowl I think he’s ready!

I really like the idea of giving him 3 options I hadn’t thought of that, will help him learn strategies as well as the basic mechanics of the game.

As for playing smaller games, I agree fully, anything under 1000pts doesn’t feel right to me. Plus he’s obsessed with Guilliman!
With that in mind Guilliman is on the painting table now!

It's been a slow start to 2021.
Though I haven't been idol.
Finished the big G! I'm really happy with how he has turned out.
I thought he had so much gold I had to do the Aquila and lower face plate in white, I think it gives a little more interest.
I've now roped my son and younger daughter into  painting the rank and file while I'll just paint the characters, so this thread will be updated as and when I make any progress. 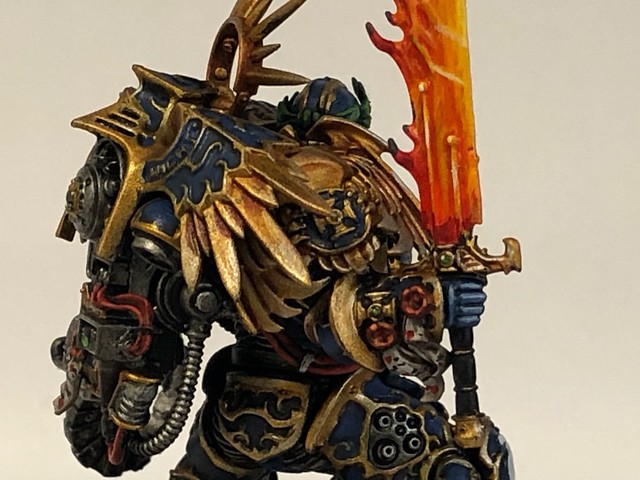 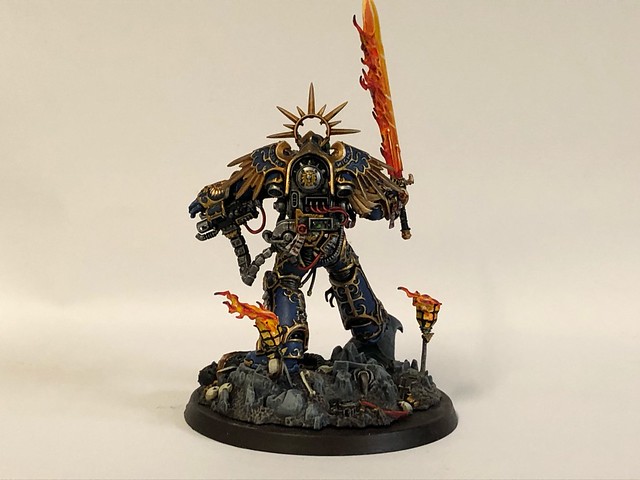 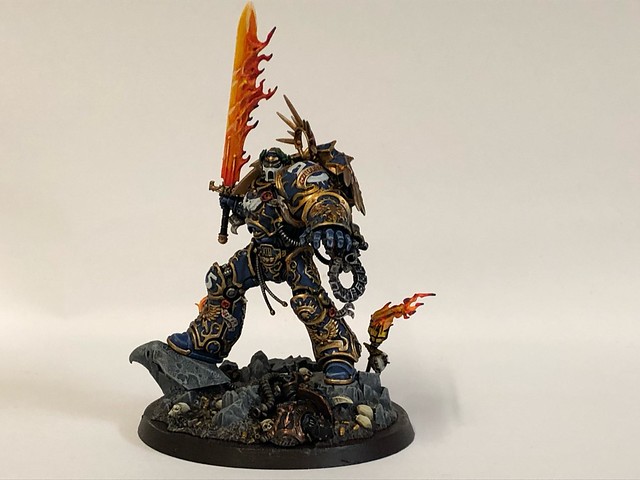 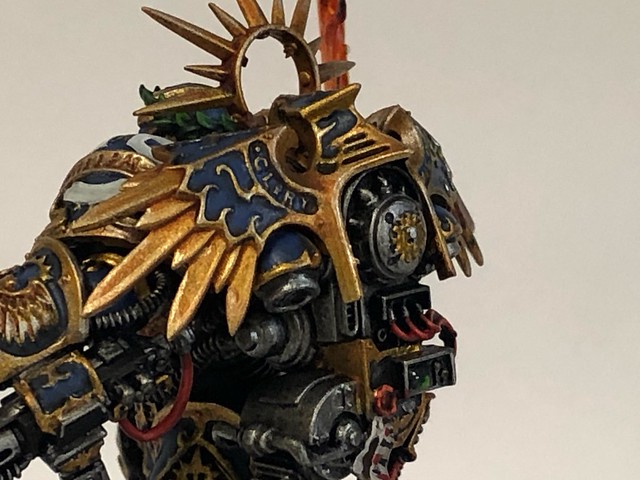 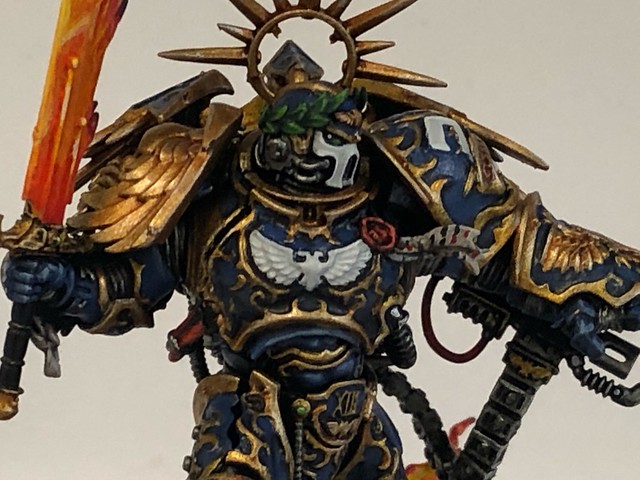 Reasons to use the Steel Crusaders ('Codex: Space Marines' supplement) or the Iron-hearted Angels ('Codex: Blood Angels' supplement): Because you think giving Sternguard Veterans a heavy bolter wtih special issue HEAVY BOLTER ammunition is ALMOST as much fun as shoehorning an Earthshaker cannon into a Land Raider.
Back to + ULTRAMARINES +

Also tagged with one or more of these keywords: Ultramarines, Ultramar, Space Marines, Astartes, Primaris