After many hours of painting and re-painting white, I've finally finished the first six members of my Covid project. White Scars are an old love for me so it's great to get back to them. More to come in the future (next 5 intercessors finished approx 2022 lol), for example I got some cool plans for a shaman apothecary.

The origins of the KHAR AYANGA (“black thunder”) taskforce

The Khar Ayanga hail from a group of tribes living at the base of a Chogorian mountain chain, which they frequented for hunting, protection and religious rituals. A spiritual people, they were closely connected to the multitude of animal gods in the region and, above all, to the god of the heavens.

Prior to the assault on Chogoris by Huron Blackheart, the mountain tribes had a long history of loyalty to the chapter and had bred generations after generations of strong recruits. However, the Broken Mountain Massacre nearly severed this heritage, as the Red Corsairs issued heavy bombardment on the mountain chain and sent a horde of daemons and cultists to swarm the survivors. The last few thousands of tribesmen were surrounded on the flattened remains of what was previously one of the central mountaintops, it giving them protection for one last time just as the Primaris Marines dropped from the skies to wreak havoc on the Chaos minions.

Mad with feelings of sorrow and want for revenge, the able survivors were recruited into the Fifth Brotherhood of the White Scars due to their affinity with the elements. Fittingly, the brotherhood’s company colour suited the temper with which they swore their oaths of loyalty and vengeance. When all the beauty they had known in the world had been pulverized, burnt and ridiculed by the foulest of enemies, only one feeling remained inside their chest to guide them: Thunder. Black thunder. 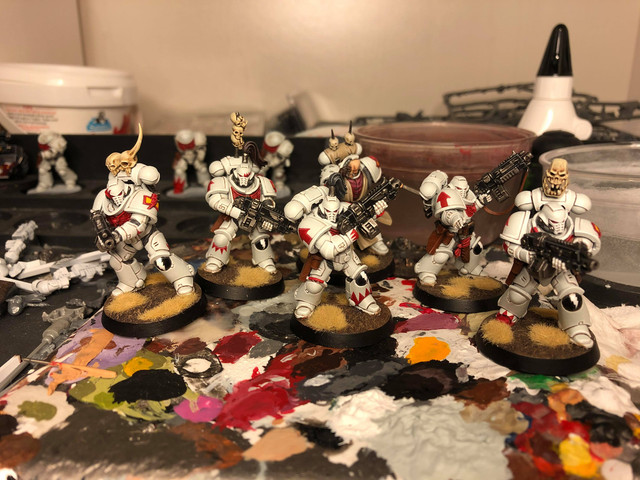 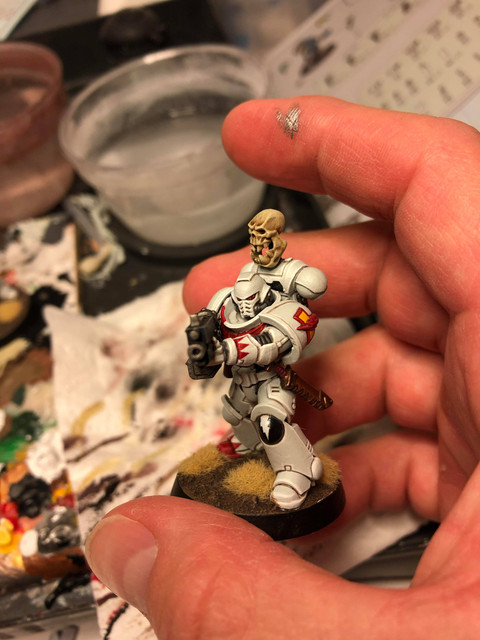 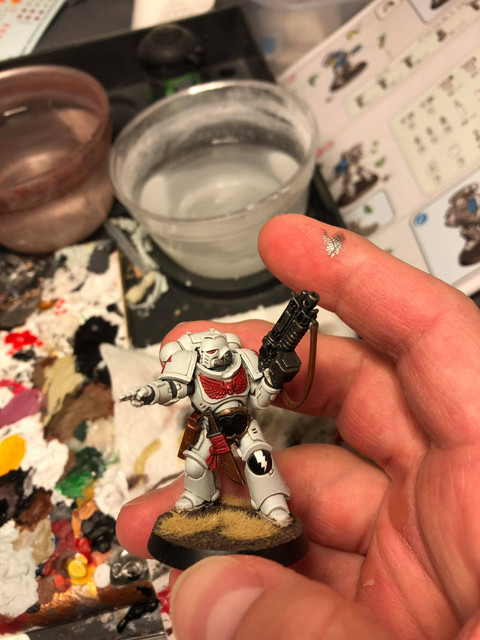 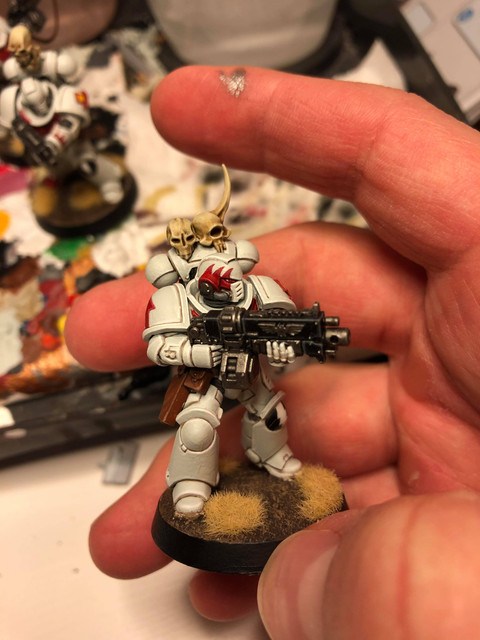 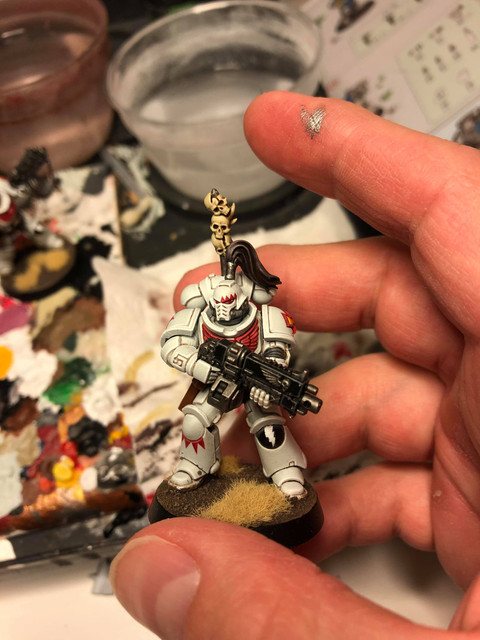 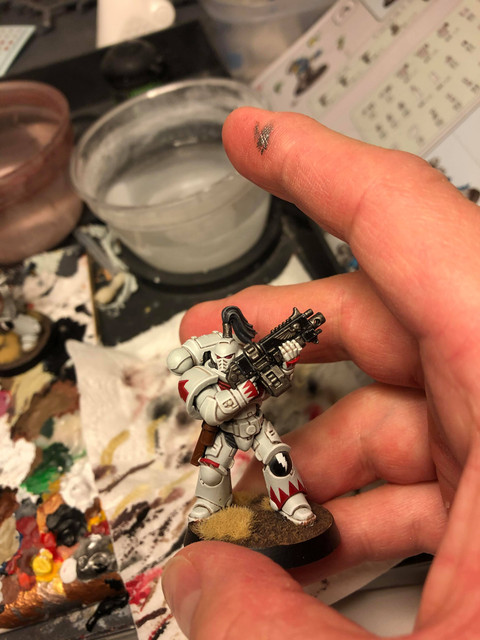 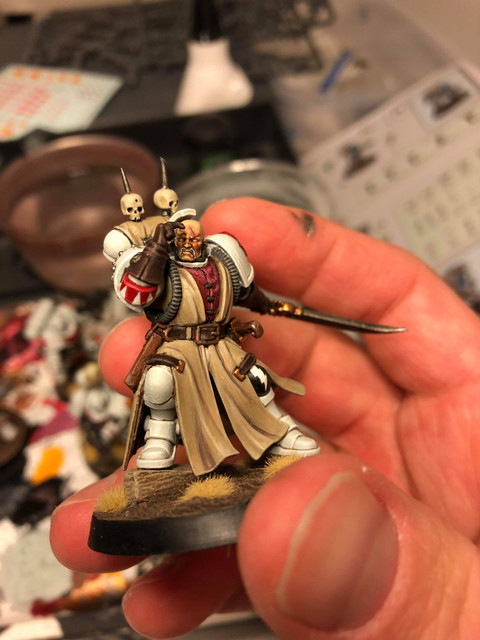 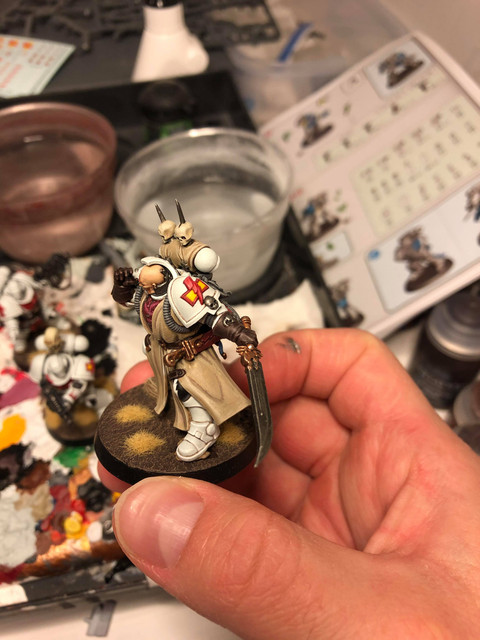 Sorry for the unprofessional pics, lacking lightbox etc, but hopefully you get the idea

These are lovely! How did you do the white on the armor? What is your recipe?

Those are really impressive. Roll on 2022 to see the next five.

Great job on the models! The skulls mounted as trophies atop the Marines' backpacks, are welcome additions.

Stunning stuff, really liking the extra touches to make them not quite as clean cut as the baseline Primaris.

Thanks, guys! Pretty excited for how this project will develop!

These are lovely! How did you do the white on the armor? What is your recipe?

It's GWs "how to paint white armour" recipe, Ulthuan Grey basecoat, Agrax Earthshade in the recesses, and pure white highlights. I especially like the Agrax part since it gives a warmer and more interesting feel to the armour, compared to a grey or black wash.

Stunning stuff, really liking the extra touches to make them not quite as clean cut as the baseline Primaris.

Thanks, yea it's a fine line to tread between baseline Primaris and just making them white Space Wolves, which I'm trying to avoid.

Super solid work, the top knots and skulls add a lot of character.

Also tagged with one or more of these keywords: white scars, primaris