The Retinue of Inquisitor Darrock

You might have seen some of my other threads on B&C, but to create some lore and backstory to draw them all together, here's the details of my Inquisitorial warband that I've started putting together. Right now, everything's been converted and mostly basecoated, and I'll expect to start painting them later this month.

Inquisitor Lady Helena Darrock is an Amalathian in the service of the Ordo Hereticus. Whilst much of her investigative work is conducted under all manner of assumed identities (and wearing garb befitting them), she goes to battle in a suit of artificer power armour. A keen huntress, the right shoulder pad of Darrock's armour bears a trophy from one such expedition between investigations. The suit also incorporates a power fist and a sanctified brazier to ward away the darkness, both spiritual and literal. Darrock is accompanied by owl and wolf familiars, both psybernetically enhanced, amplifying her already potent psychic abilities.

Darrock was dispatched to the Idris system to investigate rumours of an iconoclast cult. Initial contact with forces of the Archenemy were intermittent and minor, belying the vast conspiracy present in the subsector. In actuality, a number of planetary governors, PDF commanders, senior magi and the like had become tainted, consorting with the Ruinous Powers and working to achieve massive daemonic manifestations across the subsector - arguably a case better suited to colleagues in the Ordo Malleus. Realising the risk posed, and that her warband would only be able to delay but not prevent the incursions, Darrock summoned nearby Imperial forces.

Her request for aid was first answered by the nearby Cantabrigian Preceptory of the Order of the Iron Veil, a mere week's warp jump away. Whilst fanatical in their devotion to Him On Terra, the Adepta Sororitas forces were overwhelmed by the sheer number of chaos cultists and (as the initial phases of the campaign wore on) minor daemons of Khorne. Pleas for assistance were sent out again and again, many astropaths burning themselves out in the desperate effort to penetrate the roiling currents of the warp, they having been swept into a great tumult by cultist activity. The full might of the Imperium arrived in the form of the Black Templars, and the awesome God-Machines of the Legio Defensor.

I am really looking forward to seeing this project as it develops.


Indeed they are. Squats are Kharadron-based - one from Cursed City and one from Underworlds. Acolytes are a mix of AoS Witch Hunters, Necromunda Redemptionists and Blackstone Fortress bits.

Well, the plans have changed round a bit in that the retinue per se has been shrunk, but I'll be doing a bit of a Harakoni Warhawks kill team incorporating Gaunt's Ghosts and some Stormtrooper conversions. 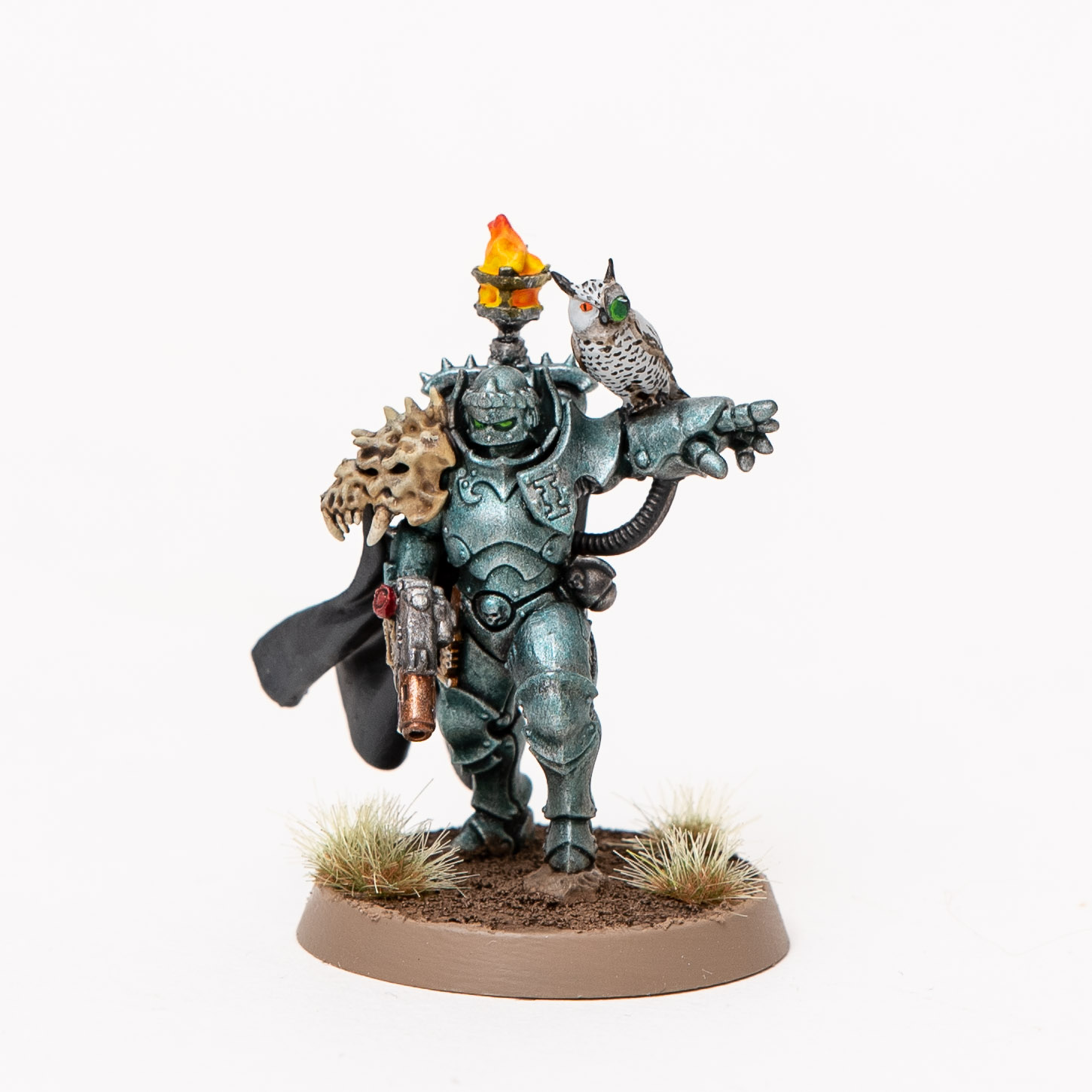 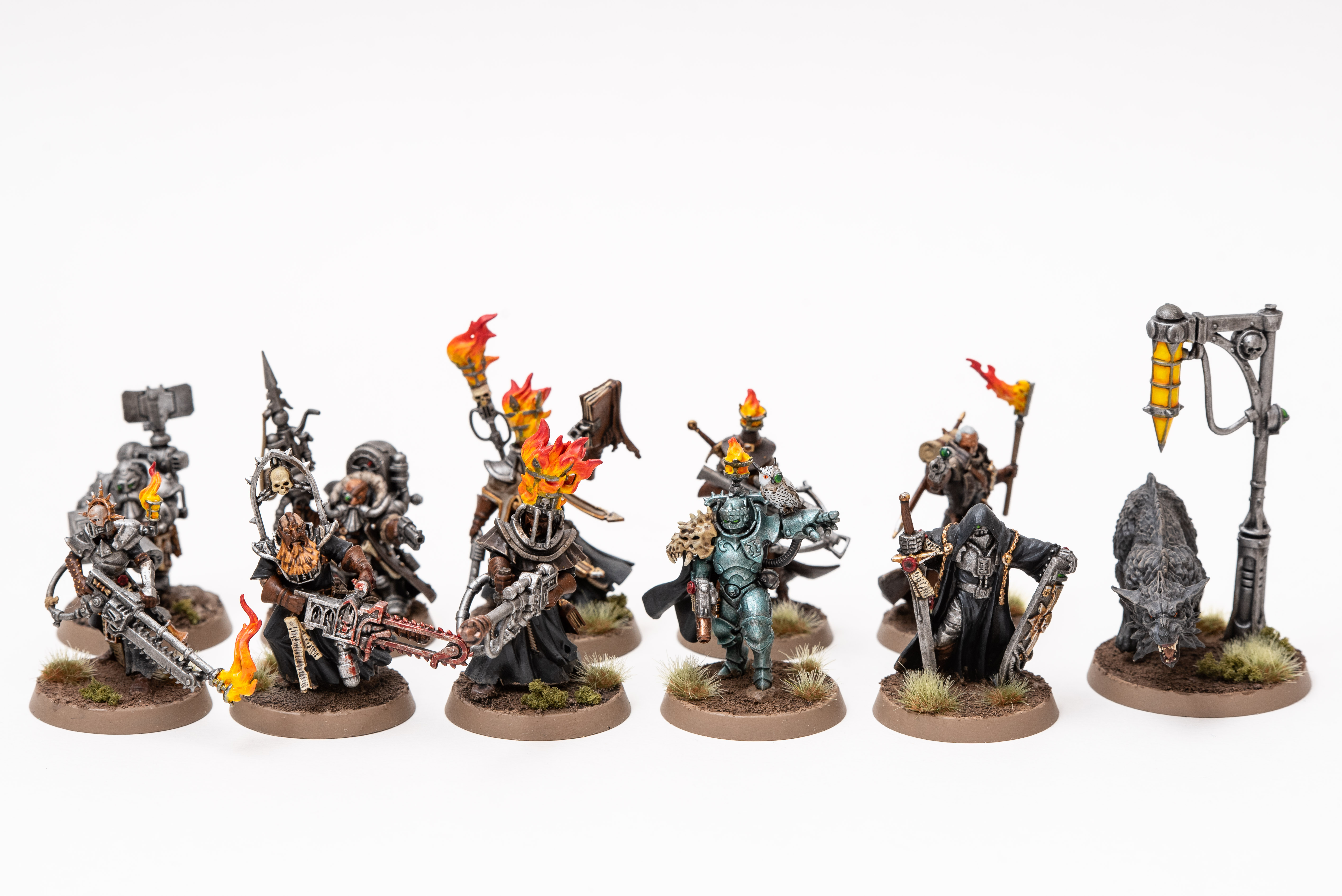 There'll be detail shots/other angles/etc on my IG in the coming days.

That’s awesome. Man I wish they had an official inquisition army, it’s so iconic, I hope something gets added to kill team too.

Totally true but dang I’d love those rules for the inquisition.

Totally true but dang I’d love those rules for the inquisition.


So do I which is why I have an Inquisition army. I wouldn't like GW to limit what I use as my acolytes though.

Also tagged with one or more of these keywords: Inquisition, Kill Team, Necromunda