I've been seeing this error pop up a lot when clicking on topics with no real pattern: 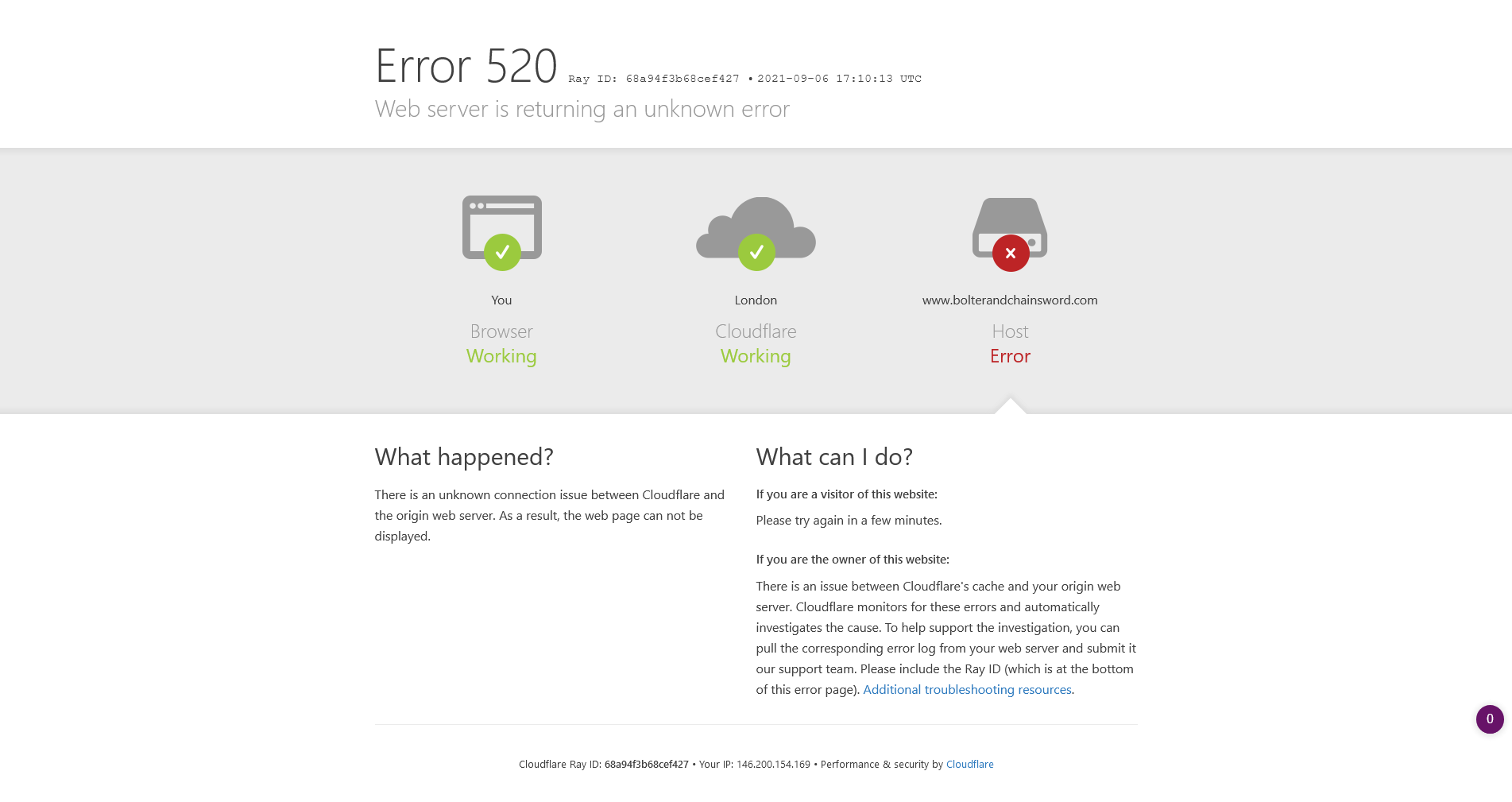 Any idea what's going on here? It usually goes away but it's a bit worrying...

We're looking into it. There are some things going on in the background that might slow things down a bit every now and then, but these cloudflare problems don't appear to be related.

I was getting 520's on the regular over a period of about a week earlier this month. Seems to have calmed down since. There also didn't seem to be a pattern in my case.

Have had the 520 happen a number of times the last ten minutes or so. Resolves after pressing F5, but might be worth keeping an eye on.

None of the things that would typically slow the site down were happening at that time (as far as I know), so we definitely need to look into this.

For what it's worth, these are some of the things (admin actions) that affect site performance:There are other actions that slow things down, but those are the most common ones that I perform. The other admins are also doing work in the background, especially as we move into the software upgrade and server migration (which will have a definite impact on site performance as that work is done, but we'll provide info on that when the time comes).

I wasn't performing any of those tasks at the time that Aqui describes and it doesn't look like the other admins were doing anything, either, so we'll have to look into what else may have been going on to cause these problems.

FYI lads, I'm getting tons of certificate errors from the site on anything HTTPS related.  Seems like this may be part of your problem.

A lot of page elements in my more secure testing browser (doesn't allow any HTTP, only HTTPS) get absolutely annihilated; pictured below. Never had this issue in said browser before today.

Not knowing the B&C backend, I'm assuming this cert reason is likely the culprit here too. 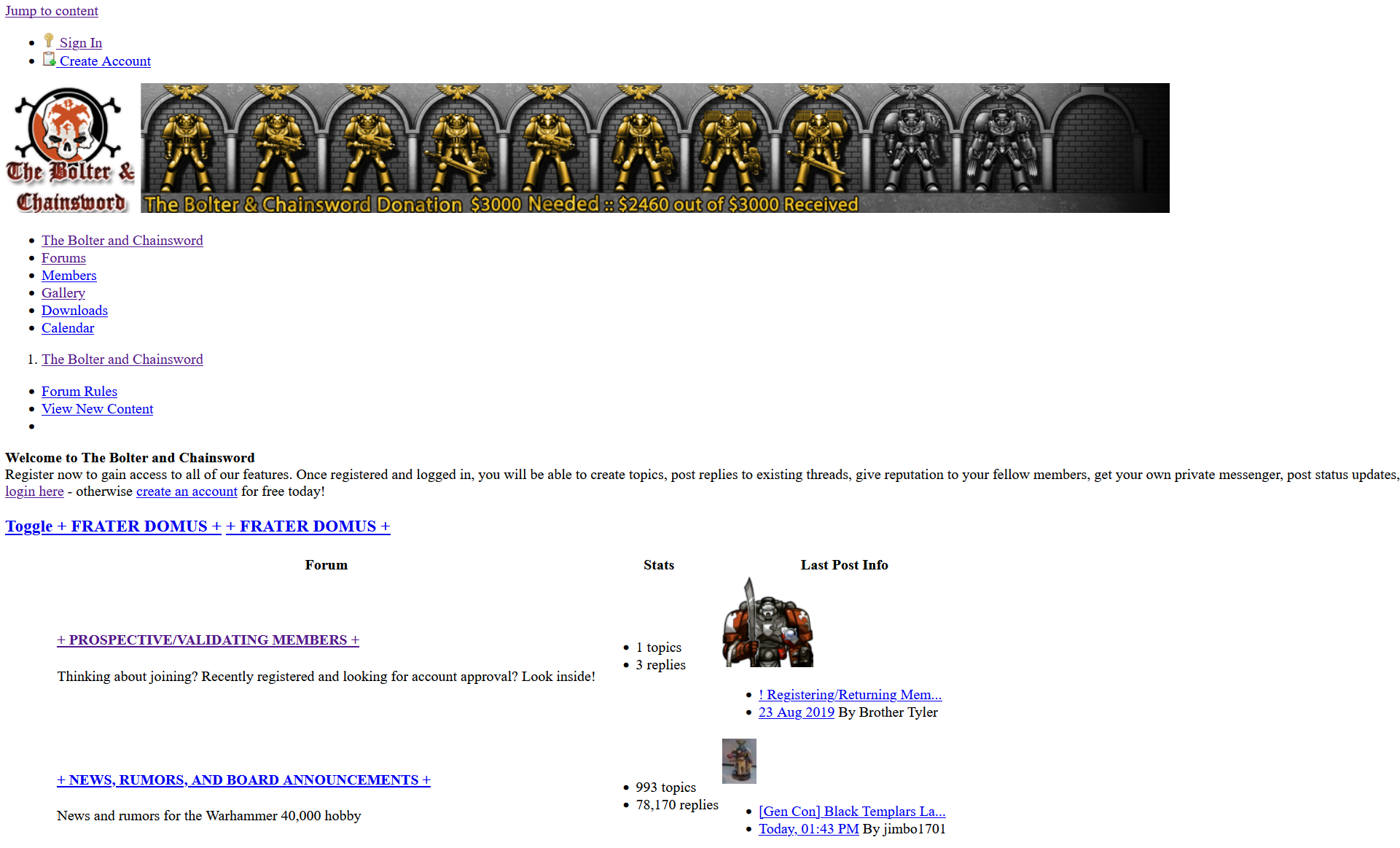 FYI lads, I'm getting tons of certificate errors from the site on anything HTTPS related.  Seems like this may be part of your problem.

A lot of page elements in my more secure testing browser (doesn't allow any HTTP, only HTTPS) get absolutely annihilated; pictured below. Never had this issue in said browser before today.

Not knowing the B&C backend, I'm assuming this cert reason is likely the culprit here too.

That's probably because B&C isn't on an HTTPS certificate, but an HTTP? I'm using Firefox and after one update it automatically put B&C to HTTPS which broke everything. However I manually turned off the "secure connection" feature and it all worked again so....

The http/https issue will be resolved with the software upgrade/server migration.