I’ve recently started collecting a Tzeentch Daemon army, which I’ve named the Host of the Raven God. Eventually it may also include a scatter of Thousand Sons and Tzeentch Mortals from the AoS line, which I hope is OK to post.

I’ve only played two games so far as Tzeentch Daemons (vs Necrons and Orks).

My expectation was the daemons would die in droves but I was pleasantly surprised by their durability and very much enjoyed using the “unkillable” LoC that Amon777 suggested in another thread. However, I felt the damage output of my daemons was very lack lustre (screamers, pink horrors, burning chariot, exalted flamers). I was hoping to ask for advice from the Daemon players from time to time to try get the most out of my Host.

Here are the first few painted models from the Host of the Raven God.

2 converted Daemon Princes of Tzeentch. One with Axe & Wings, one with Sword & Wings (based off the Morghast Arachi kit, with conversion parts from the Fateweaver box). 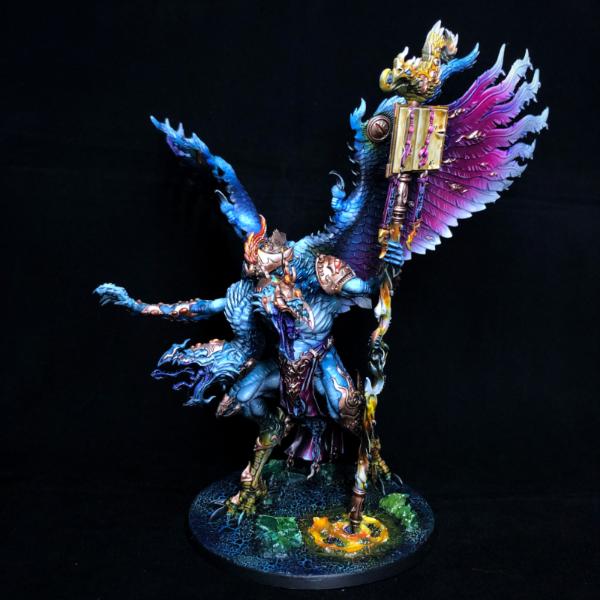 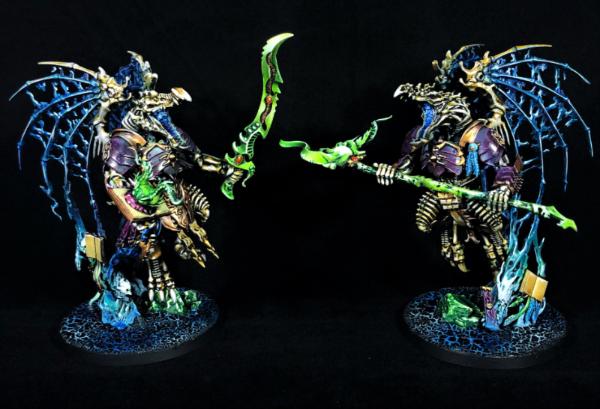 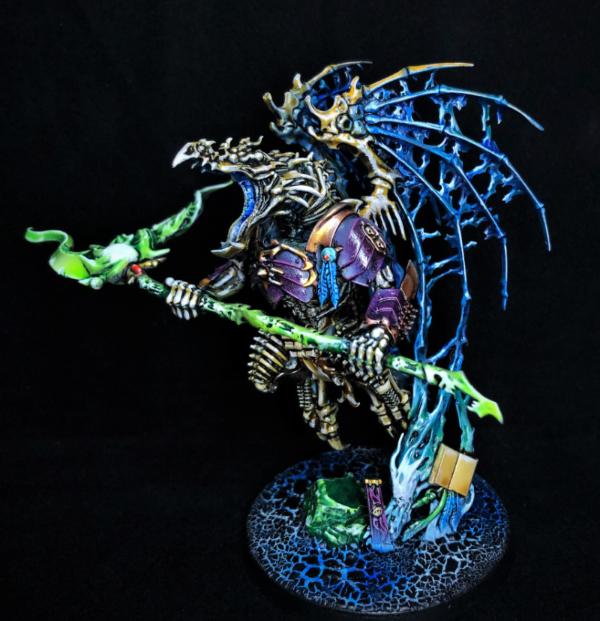 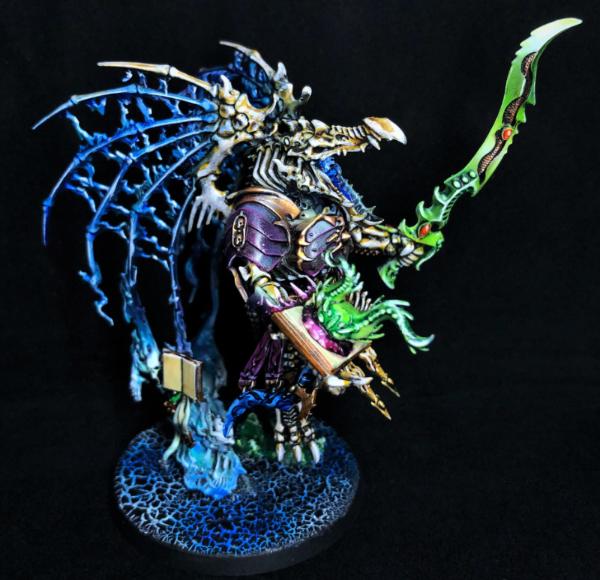 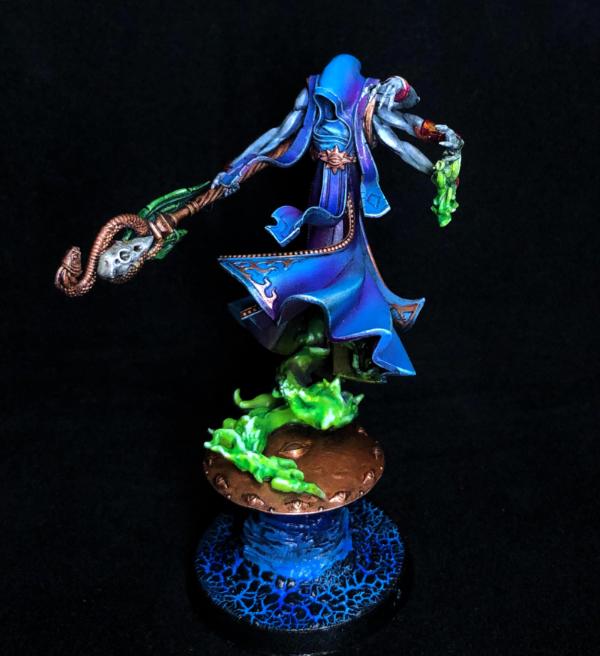 "Trust in the Emperor at the hour of battle. Trust to him to intercede, and protect his warriors true as they deal death on alien soil. Turn their seas to red with the blood of their slain. Crush their hopes, their dreams and turn their songs into cries of lamentation." - "Uphold the honour of the Emperor", vow of the Black Templars. Justus Mortis - Black Templar 2nd Crusade

Wow, your models are gorgeous.

Do you intend to carry the skeletal look across to other units, or will it just be the 2 princes?

Welcome to Daemons! Your models are great, you're getting the most from your airbrush for the colours so they look very Tzeentchian

As for non-40k models the requirement is that some effort is made to fit them to the universe, whether this is conversion or kit-bashing or adding bits to the model and/or base, along with a reasonable match to the model they're representing - it's mostly common sense but the Mod team is only a PM away if you have any questions or clarifications

One day though, until them I'm afraid I can't offer much advice. I think a Daemon Prince is worth getting, nice models but also a good HQ option - should help with your damage output a bit. You're only two games in and the Daemons codex is getting on a bit now, so you've plenty of room to learn and adapt. It'd help if you posted your army list up so people can see what you're doing and be able to provide more detailed help

Very nice, your paint jobs are beautiful! I'm also looking on a LoC so I might get some inspiration from yours

I think a Daemon Prince is worth getting, nice models but also a good HQ option - should help with your damage output a bit.

He has two daemon princes, that's what he posted.

Tzeentch Daemons aren't the best at offence but have some combos.

Full sized units of flamers and horrors are where the real shooting comes in. Both can be buffed with the Flickering Flames power (but only one unit per turn) for +1 to wound which when combined with a herald for +1 strength can wound most things on 4s with massed fire. There's a stratagem in Psychic Awakening to let the Flamers do mortal wounds which will hit hard on a big squad.

Boon of change will also have a 1/3 chance of helping your S: User guns but isn't reliable.

Burning chariots are unfortunately almost twice the cost of an Exalted Flamer for the same shooting output but with rule of 3 limiting the use of each may be a bit necessary.

Back to x CHAOS DAEMONS x

Also tagged with one or more of these keywords: Daemons of Tzeentch, Tzeentch Daemons