House of The Coils Hunger

Thought I'd make a thread to motivate me to keep painting this here genestealer cult I've been working on and perhaps have somewhere to scribble fluff about it.

To set the mood here's a bit of fluff and afterwards k might even whack a picture up for people to have a gander at.

House of The Coils Hunger
Korbelrok is tainted

The planets infestation was not achieved by some invasion force or armed uprising, in the depths of Hive Colney adepts of the great star god's poisoned the water of the planet. This water borne curse contained the DNA of the star god's themselves and their adepts merely had to sit and wait. Within a century all who lived on the planet bore the taint within them, when the day of ascension arrived the planets populace welcomed the revealed patriarch as a great prophet and king.

Since then all industry on the planet has turned to furthering the new ruling beings aims. Tainted water shipments are sent off world alongside the arms from the planets forges. Regiments are raised and sent forth to spread the cults taint as far as the stars will take them.

From the great Ferox sea strange creatures have slithered forth and in the deep dark levels of the Under Road vile experimations to meld alien flesh and machine have begun.

Alien eyes are looking to the stars hungry and ready for war. 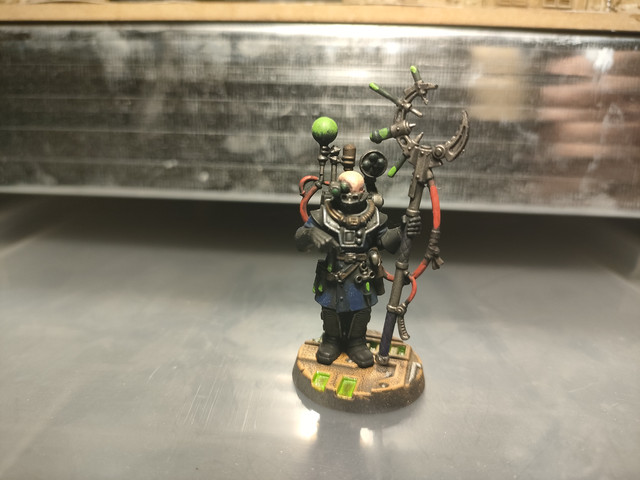 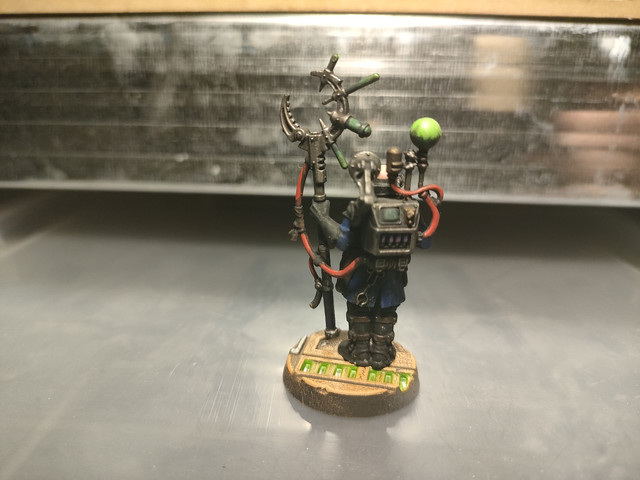 The biophgus order of the cult are a common sight at the many water treatment plants within Hive Colney. Recently their order has moved outwards into the Great Under Road to a facility known to the locals as the Rad Sink.

While what happens in that ancient shuttered vault is unknown however sightings of dark and twisted creatures lurking in the surrounding tunnels and boreholes have exploded. This has led many to believe the facility is experimenting on creating new forms of life within its silent halls... 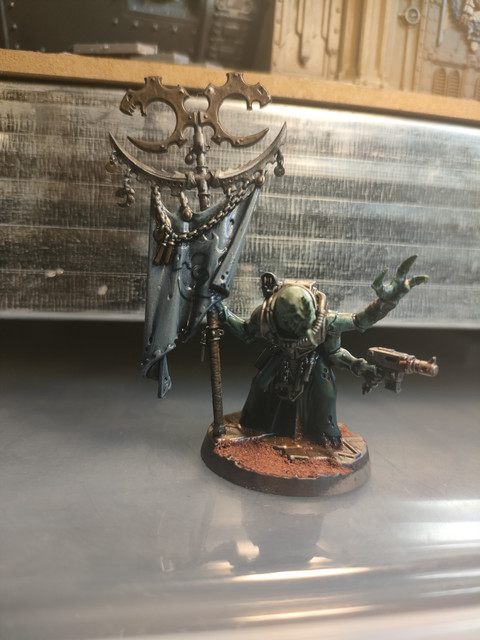 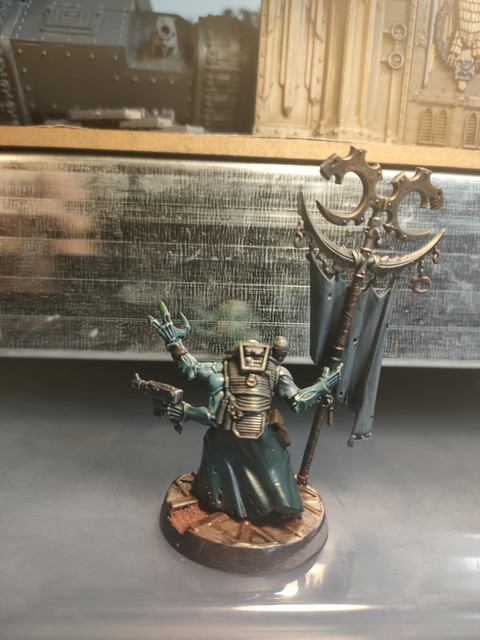 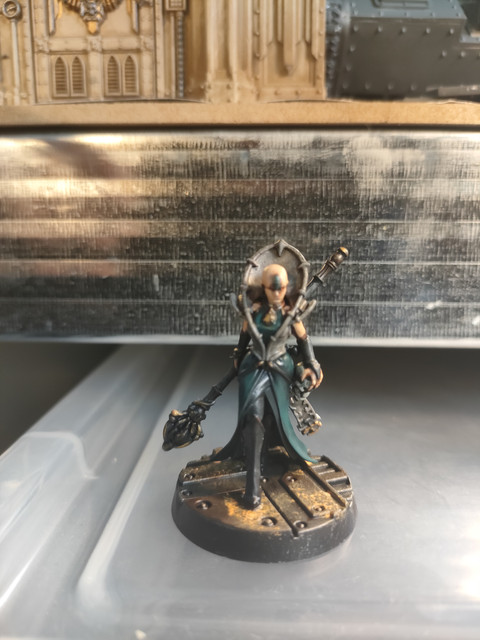 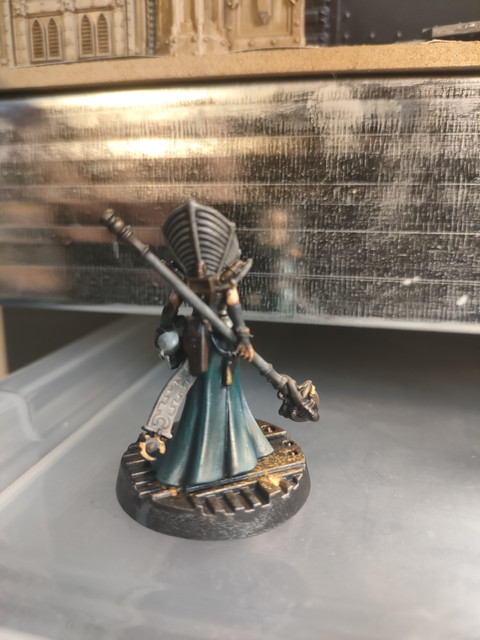 Magos Luc'yll
The current ruler of the Torrent depths, the first borehole to be sunk upon Korbelrok. From this squalid and damp grotto she sends scouts into the deep dark to recover technology long since lost beneath the surface of the water. Her militia battle hardened from the constant attacks of those that crawl out of the depths protect the landing fields to the north and patrol the endless ruined storehouses that litter the surface of the plateau.


Iconward Halish
Halish claims to have been the one to raise the Houses flag above the towering peaks of Hive Colney on ascension day. Skepticism to this claim amongst his peers us rife due to his seeming lack of favour with any of the Houses leadership.

Finished off the first squad of hybrids today, seeing as I'm not sure if msu will be favoured by the new book or not I'm going to work on mostly stock options for now 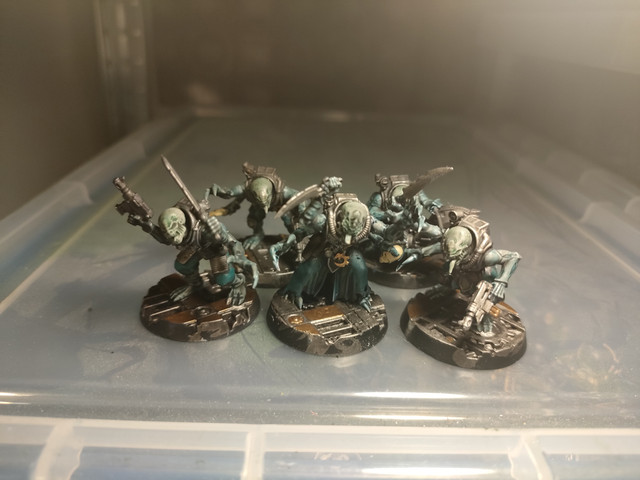