Bolster your gangs with four extremely expendable Hive Scum or get revenge on the major Houses of the Hive by forming an entire Outcast Gang. These versatile underhivers can form a gang of their own or join House Gangs as Hive Scum by being hired or through gang tactics and campaign choices, so it’s always worth having some spare scum to hand. 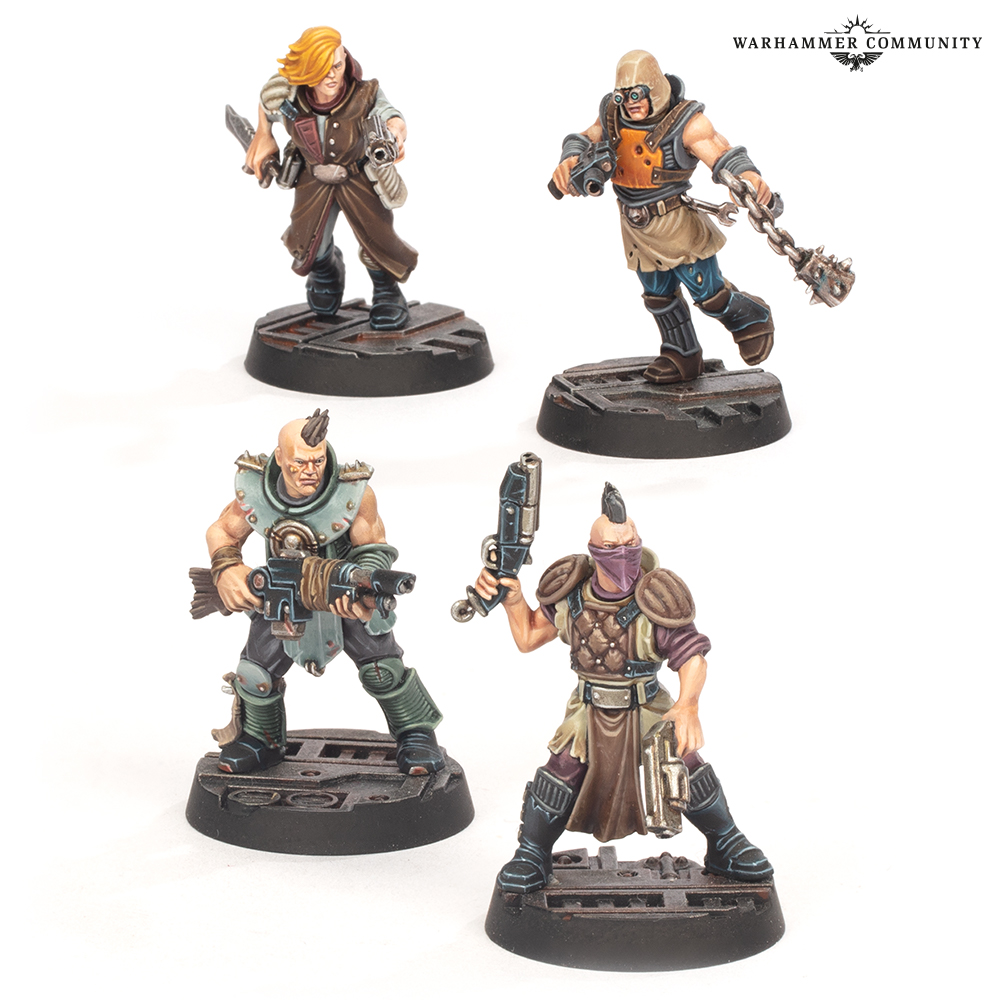 Edit: anyone else just befuddled by the 4 man hive gang? Why is this even a thing?

Im guessing its gonna be like Ogryns and the "whole gang box" was a splash release? Handier for gangs just looking for a couple of scum but i suspect a lot more money to build a gang.

The exact same models can be used for the hive scum that any gang can hire. The weapon options for them are pretty much identical to those in the outcast gang.

They're not a very good option to purchase like that because they cost 30 credits plus weapons/equipment and only stick around for one game. However, there's quite a few other ways to use hive scum; gang tactics, boons from territories in campaigns, a couple of the alliances you can make with guilders/noble houses/criminals, probably a load of others.

Outside of the Outcast gang itself, most people will only need 5 hive scum and you can probably make do with just 4. I actually expect this is what they were designed for in the first place and the box of 12 (and rules for the outcast gang) came about afterwards in the overarching Necromunda design process as another way to sell them. I think that's what happened with the Slave Ogryn gang as well.

We just need a cool plastic Bounty Hunter kit now; a couple of bodies and loads of weapon/equipment options would be a great little kit.

Idk much about the actual game of Necromunda, so that’s makes a lick more sense. Really curious what the price for this will be

That seems kinda :cussty. I bet they’re going to raise the price per model

I think it’s because lots of people will be using them as hired guns, not as a gang. Sticking with the Ogryn example, I bought the two model box simply because it made more sense for me, as I would never use more than two. I guess this will be the same for many non-outcast players.

"The Bolter is the truth. It is the gift given to us by the Emperor for our valour. With it we are whole. Without it we are diminished." - Book of Aphael, verse 42.


Presumably the 12 man box won’t be available for long.

Presumably the 12 man box won’t be available for long.

It sold out on the web store the day it went up for pre-release.

That’s a crazy price for four basic models. Then I’ve never been that taken with the sculpts. They just seem uninspired compared to some of gw’s other characterful plastic sculpts.

Also tagged with one or more of these keywords: Necromunda: Underhive game