Hello there - Returning to the hobby

Been something of a lurker on the forums for some months as I had been interested in returning to the hobby after somewhere within the timeframe of 8 years being out of it. I figured I'd start after christmas/into the new year.

With that I'm currently starting Imperial Fists after reading the Siege of Terra series of books thus far and have become a fan of Rogal Dorn. With that a close friend of mine had donated me some Primaris Intercessors to practice painting with before I get to start working on my own miniatures. Which I had recently purchase, that being a box of Primaris Intercessors and a Redemptor Dreadnought that was suggested to me to start off with.

As mentioned a moment ago I had some miniatures donated to me practice painting, so with that I've made a start dabbling with painting some yellow armour: 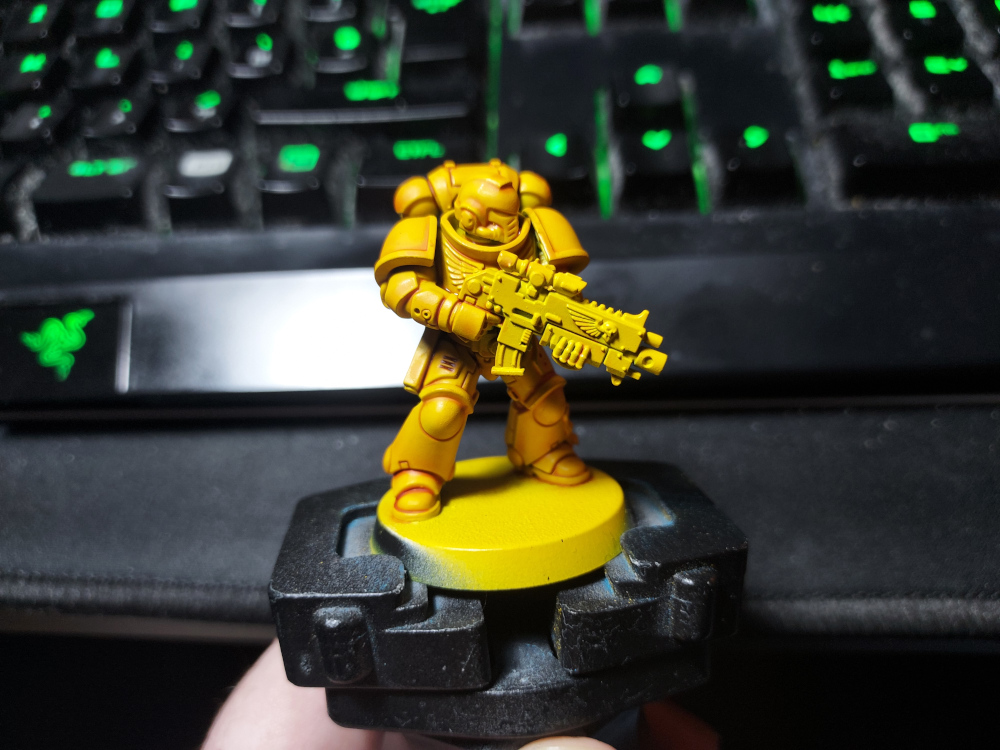 I look forward to conversing with you all and sharing more as I work on my Imperial Fists.

Glad to see a fellow Son of Dorn! Welcome to the forums.

Were you an active painter when you were previously in the hobby? You’ve achieved a very good looking yellow there, which is not an easy color to paint well.

I'd say somewhat, my friend group all have an artist/art theory background so they'd often share pointers and ideas for me to experiment with every now and again, usually in the space of 3-4 months at a time. However at the time I was mainly practicing with Gunpla model kits after leaving Warhammer around the period 6th edition had been released.

I guess you could say I was somewhat active in the hobby but was not fully in till now if that makes sense.

Makes sense to me. You’ve clearly picked up some good tips from your group and you’re executing them well. Excited to see more of your work!

Welcome aboard, the Imperial Fists are a great choice and you've got a great yellow to go with them

Welcome! Loving the yellow, the armor looks great. I'm looking forward to seeing the progress on them.

Welcome ! Looks promising, hope to see more of your 50 shades of Yellow soon !

"Through Fire and Ash, We Honor The Machine God !
Through Lava and Smoke, We Praise The Omnissiah !
Through The Spark and The Flame, We Will Know Enlightenment !"
Akmon's Cant Mechanicus

"Mars Rangers:  They never fail to be useful.  They are the most consistent way to get your mortals maxed out and due to the massive amount of other threats on the board they tend to just get to do their thing all game."