270 replies to this topic

Ok having almost completed my entire army i thought i would post some better shots of the whole lot, the only thing missing is lukas..

Newly converted wolf pup here. Here is my first ever space wolf, an all plastic rune priest only piece not from pack frame is the axe it's from the assault frame. 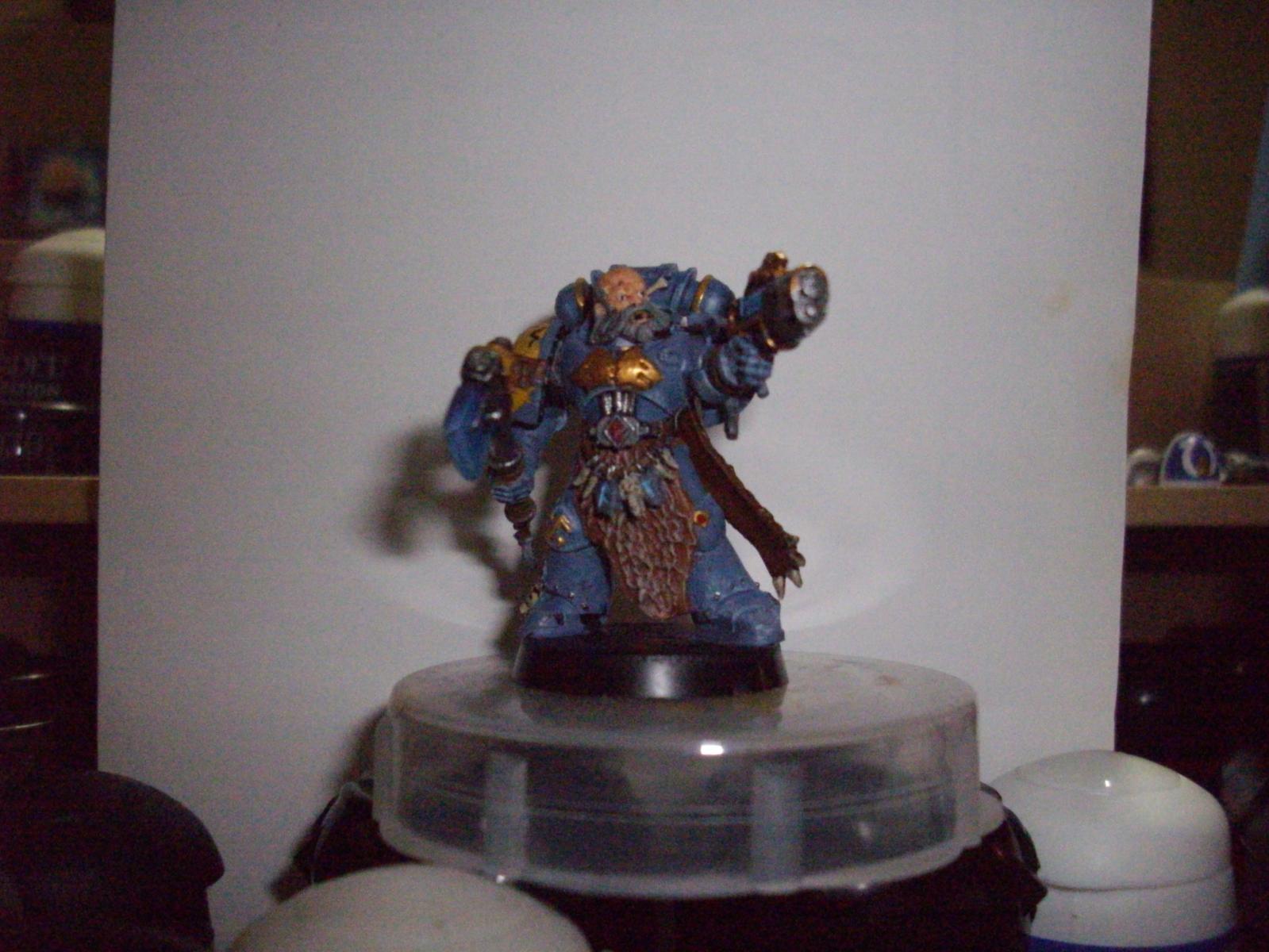 "The sound of falling bolter shells is the Emperor's wind chimes."

"If your Bolters magazine is full, then your not doing it right."

BLOODFANG WIP trend http://www.bolterand...howtopic=169211
I finished his base today, I'm really proud of how it turned out, it got me motivated to do more kit-bashed bases for my characters.

This is my Wolf Lord. If he could ever figure out which end of his axe is for killing with he might do some damage.

"They shall be pure of heart and strong of body, untainted by doubt and unsullied by self aggrandisement. They will be bright stars in the firmament of battle, Angels of Death whose shining wings bring swift annihilation to the enemies of man. So shall it be for a thousand times a thousand years, unto the very end of eternity and the extinction of mortal flesh."
Roboute Guilliman
Codex Astares

Pic of my wolves

My shiney new Dreadnaught. Wolf pelt is my first attempt at green stuff.

Hey guys, here is my first ever attempt at painting, well anything at all really...
Also i have added a couple of basic conversions.
Mostly AOBR models that have had green stuff furs added and some arm/weapon conversions...
Again just basic stuff as i have just started doing anything 40k

AOBR with new arms lol, this was tricky, top half of the arm is AOBR then cut and fit the lower half to add the WC and the Assault can.

AOBR captian, green stuff cloak, i have cut off the bolter and have a termi storm shield for him, also added the hair.

And this guy just cause hes cool...

I've updated my gallery with some new images and some clearer images of other models.

Among the new models : pics of my first grey hunter squad for my Firewolves greay company.

The pictures don't show it too well, but his left foot is flat on the floor, and made from a bionic leg from the ol' Iron Hands kit.

This is some of my WIP SW army: 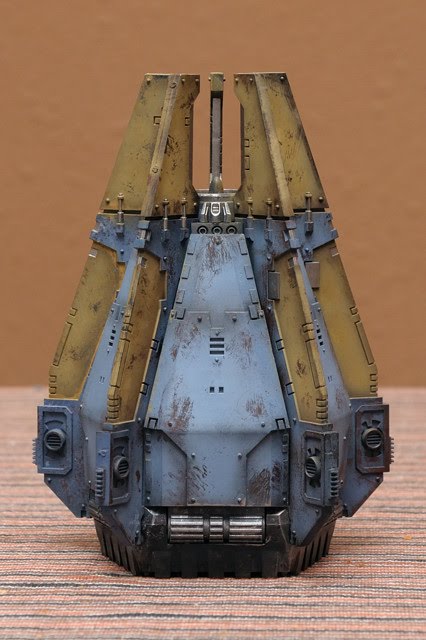 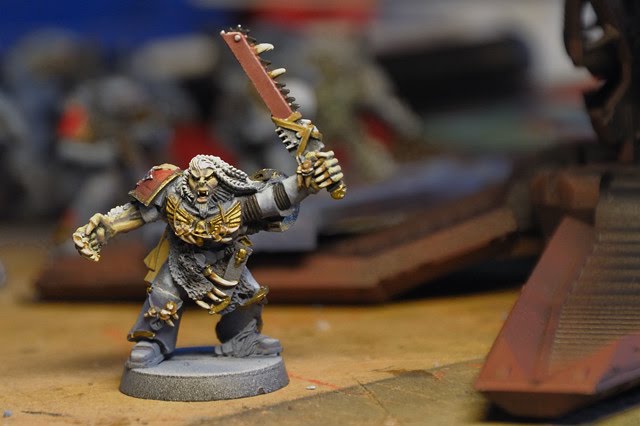 found the cable for camera, finally uploaded. Gathering of the next great hunt pledge completed! check my blog under my signature

I uploaded more pictures of my Dreadnought, Freyr the Longsword. Hope you enjoy! I can't wait until I show you guys my Rifleman Dreadnought!

Test model for my Wolf Scouts:

Some pictures of my Space Wolves.

My newest creation is this squad of Wolf Scouts. I don't like the GW scout models so I decided to honour these veteran wolf brothers with heavily modified power armour without many of the normal parts in order to better fulfill their "behind the enemy lines" role. I used normal SW parts and some parts from Chaos marauder cavalry. I hope you like them as much as I do. Comments and advice are as always welcome Lo, they do call to me.
They bid me take my place among them,
in the halls of Valhalla!
Where the brave may live forever!"

Newest addition to my army! A really great model to paint!!! The sculpting and the detail of the miniature is amazing!! I hope you like him as much as I do! 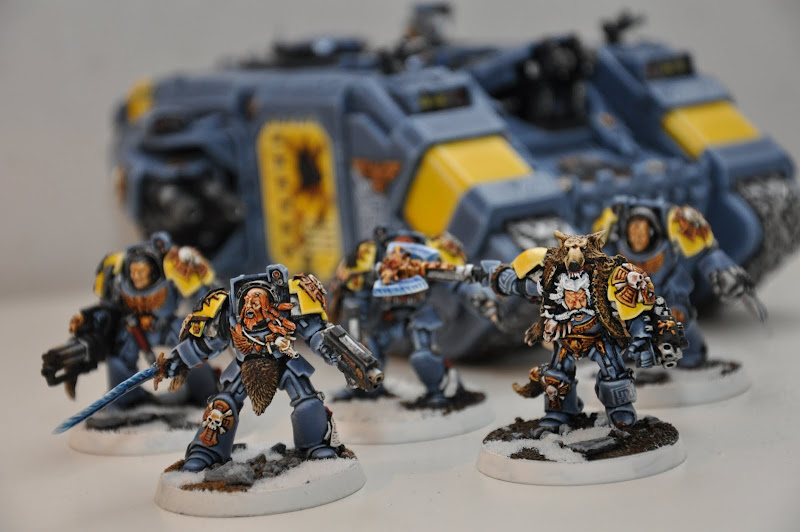 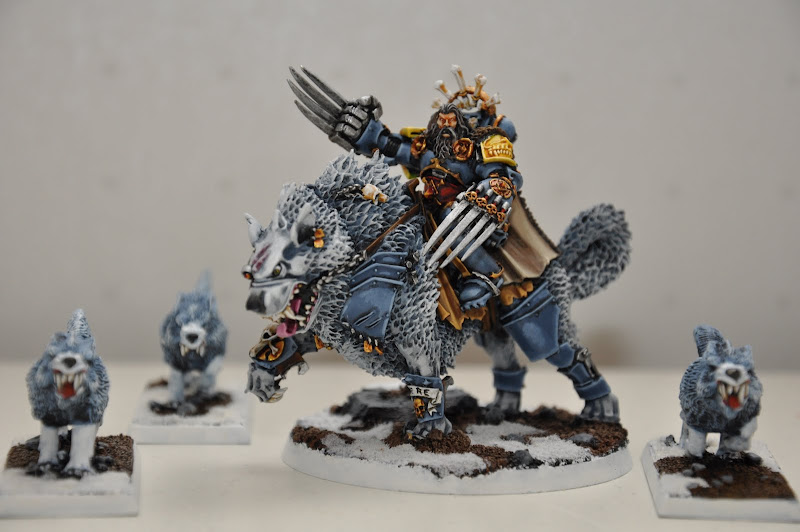 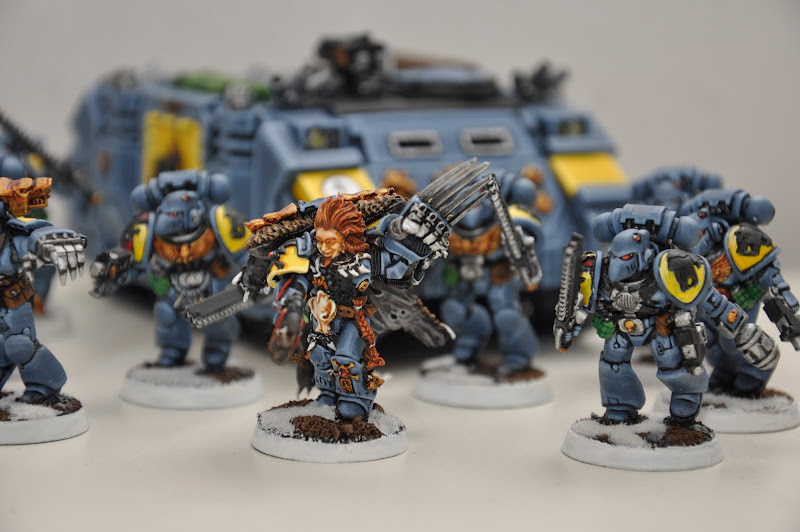 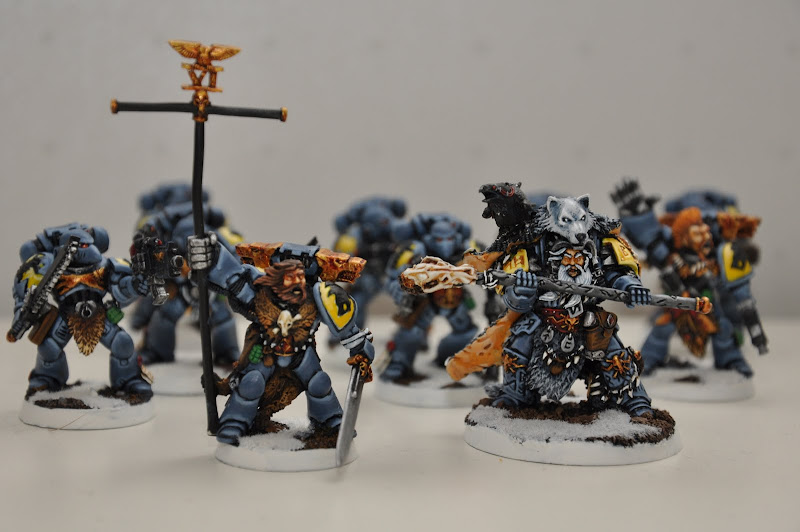 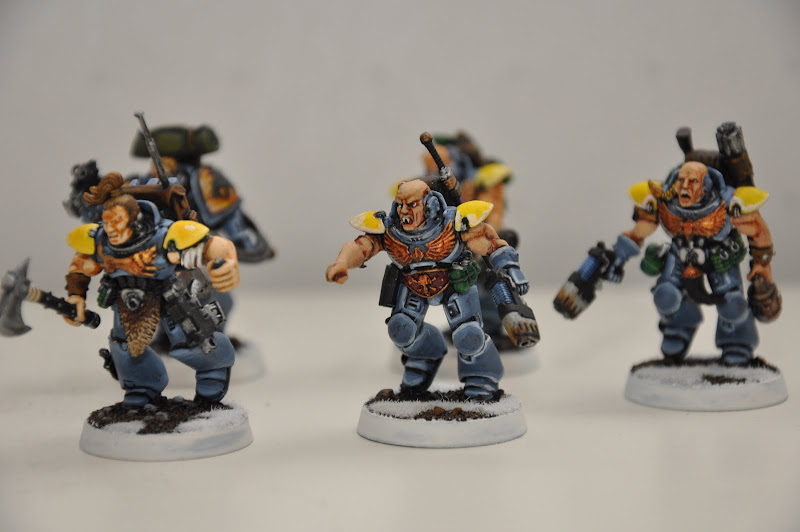 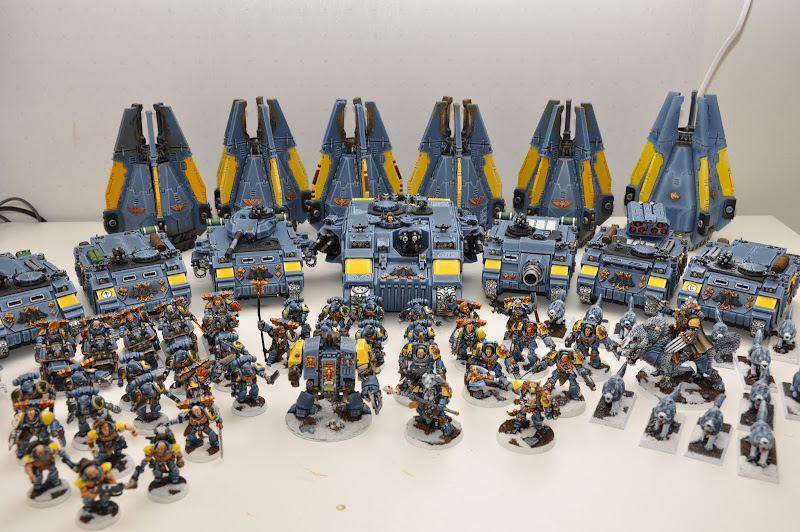 Free hand painted banner...I really liked how this miniature turned out...I hope you like him too

bought the new space wolves pack a while back and here's how my wolf guard turned out. I was too excited with all the new parts to make a cohesive unit, so i just added a bit of everything to the pack to see what it looks like