This is the summer of 40k according to one of my buddies. So when i saw this i thought i would partake seeing how i have plenty to get painted. Photos soon the land raider is first up. Good panting to you all.

The Rest of My Update Pics are HERE

So got a bunch of stuff done this month but has taken me longer to get some picts up. The photos are a bit blurry. First time using my wifes camera. I'm hoping to get over to my friends house and unleash his camera and get some solid picts up.
The lord was born out of my bits box wanting to do a daemon weapon for a while. He just needs the last bit of GS to cover some gaps. The scythe turned out better than i thought it would. The main part of the shaft is from the dark angles standard bearer. The head is from the Havoc that came with an auto cannon. The palanquin is part old screaming bell plastic card and spawn bits and two nurglings.
The land raider is a bit of a mixed bag right now, because when i put some primer on I messed the

door up so i may do a bit of extra mutation we will see. It won't do the cool open sesame top bottom thing. Thought i moved it enough to stop it from freezing in place. Alas not so much.
The Raptors have a champ will be converting a Lemartes to the whim of grandfather's ever rotting will. In the process of re-basing the from the 40mil bases down to the 25mil ones. adding a bit of rubble to the bases as well.
The chosen are in a less complete state. I did pick up the DA veteran box to get three more robed bodies. Thats a nice sprue. picts of them soon. Well thats it for now I will get another post up this week.

I'm digging that chap's base.

So i took more pictures and put them in an album you can check it out here
http://www.bolterand...p..._key=*&st=0
some of it included better picts of the Raptors 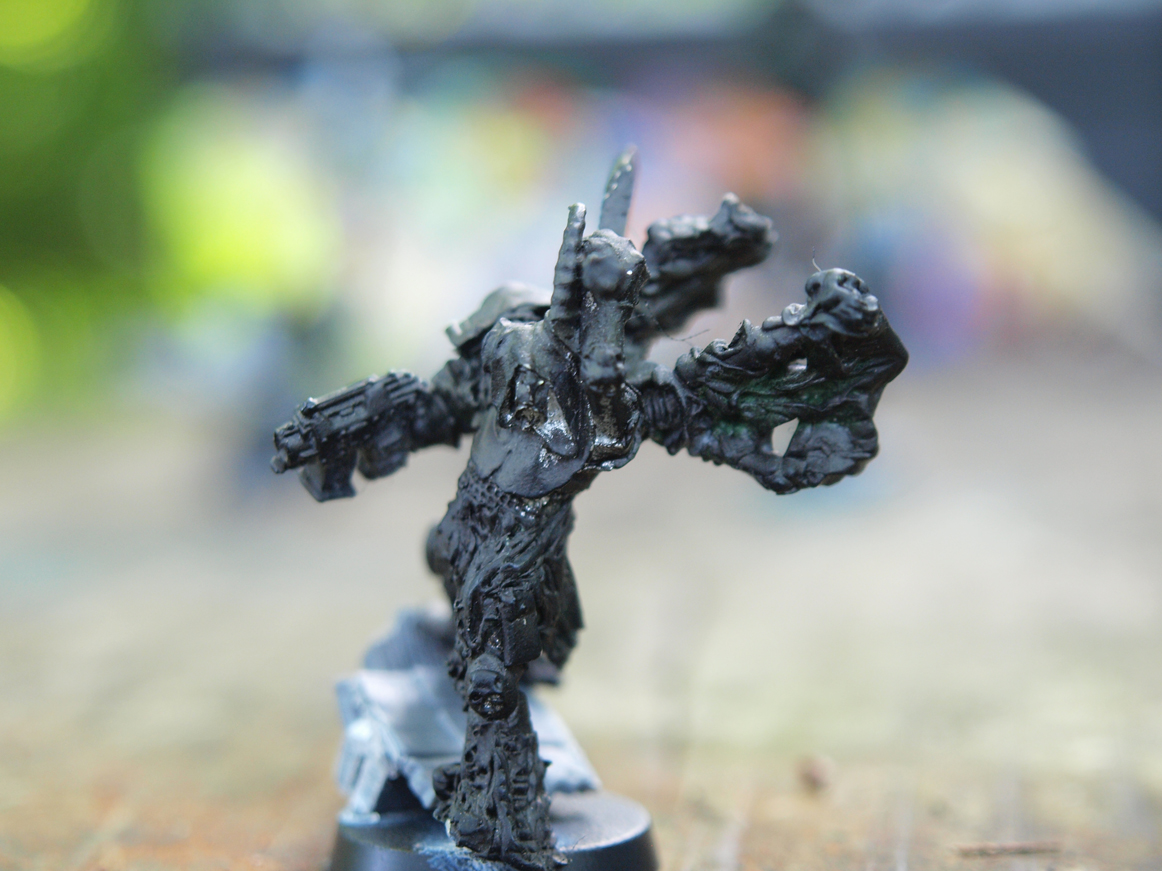 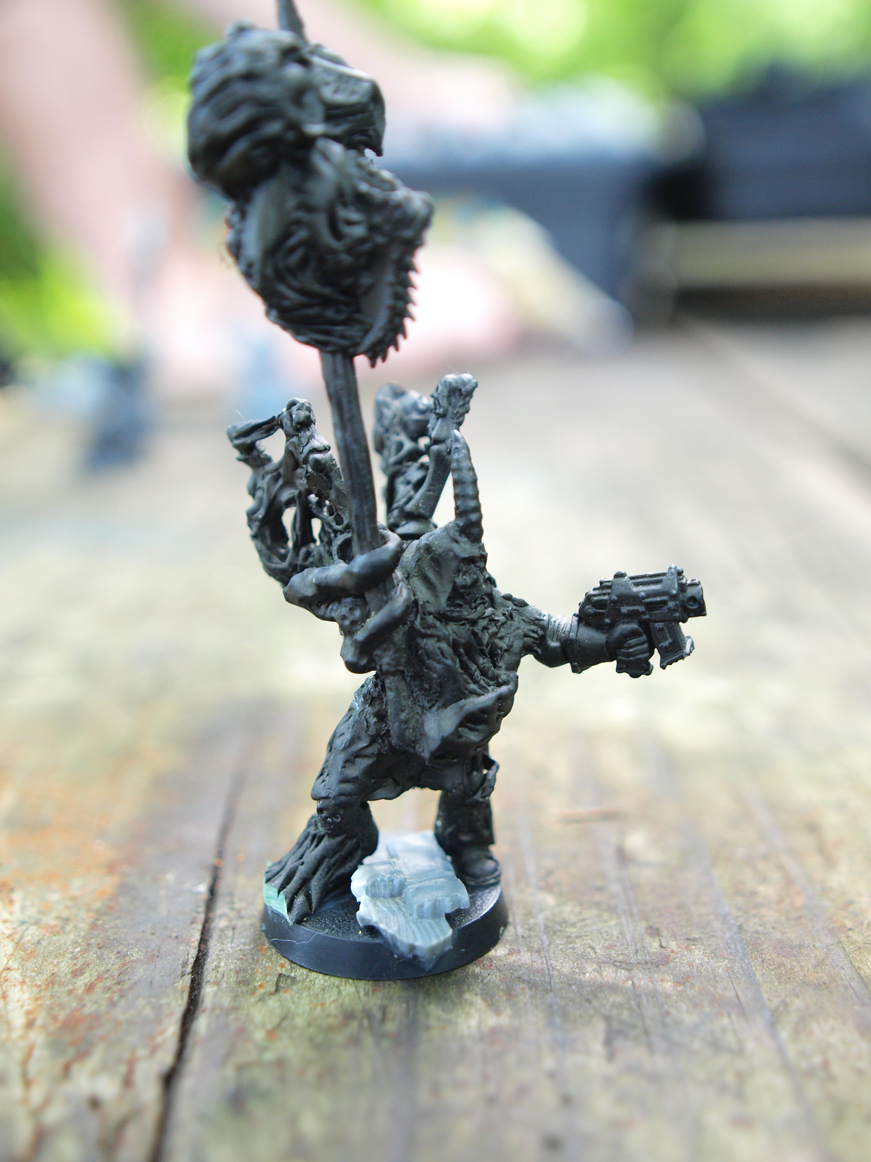