Grandmaster Alexander Danek of the Deathwatch

There is no Danek, there is only Knightmare..

A Chaos Space Marine is like a grapefruit. Well, it's sort of orangey-yellow and dimpled on the outside, wet and squidgy in the middle. It's got pips inside too. Oh, and some people have half a one for breakfast.
"YOU SAID YOU`D BE FAR AWAY
BUT SO IS THE SUN AND IT STILL BURNS"

one of my iron warroirs lord 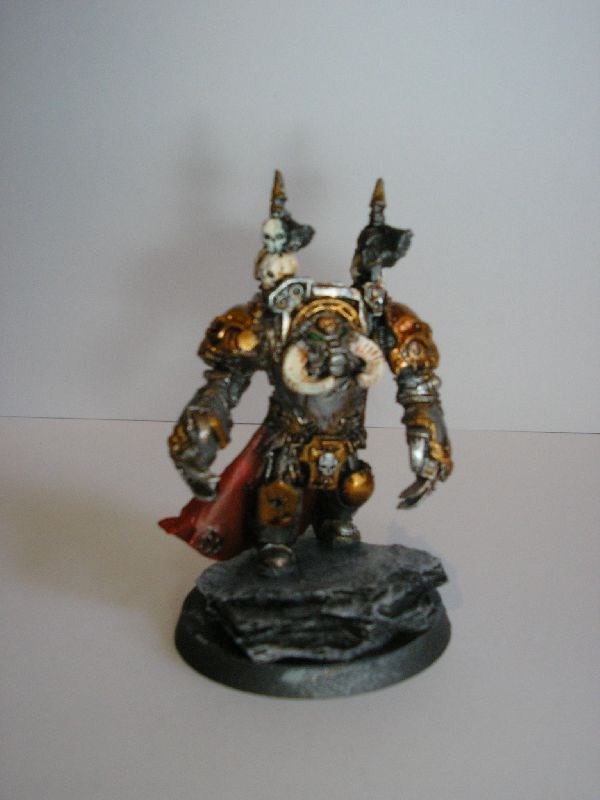 First is the God-Dreadlord, Captain Virgil Rehnker. He's the commander and god of my DIY warband. 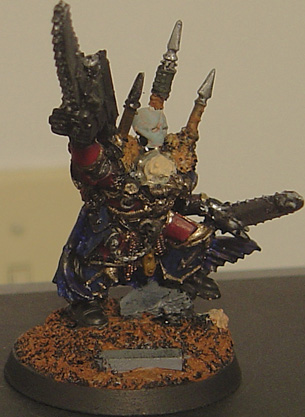 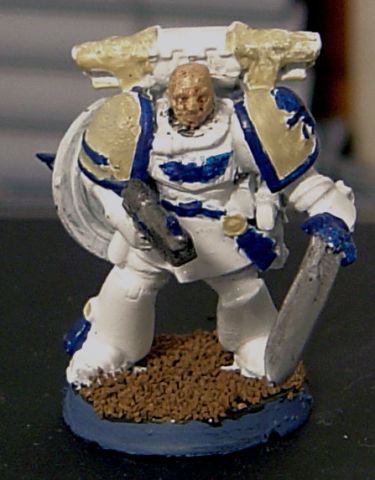 ... then he said, "Super collider? I don't even know her!" And then they built a super collider.

Shrike in all his glory...

How could what is perish? How could it have come to be?
For it came into being, it is not; nor is it if ever going to be.
Thus coming into being is extuinguished, and destruction unknown.
Parmenides 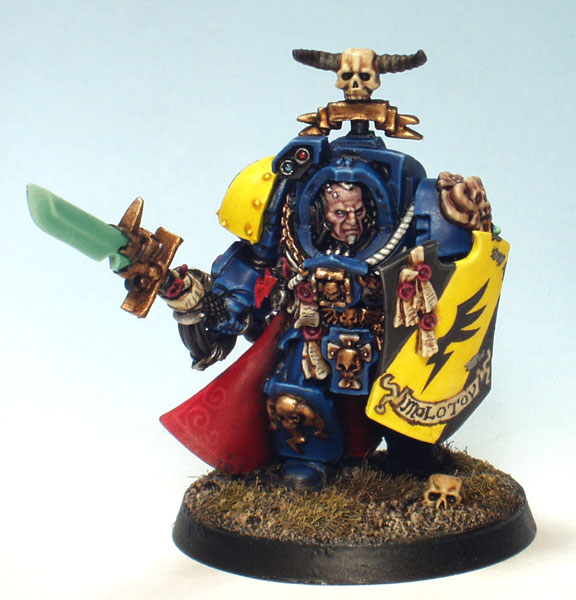 as for wins/losses/ties ---> I've tied more than I've won and still had fun every time I've lost.

pictures in the Bucket

My Imperial Fists third company continues the story after the events in the book 'Storm of Iron.' The company is now led by newly promoted Captain Vermaas, one of the few survivors in the book and he's armed with former Captain, Alaric Eshara's power Swords which he found in the ruins of Hydra Cordatus.


My Space Marine armies
Imperial Fists third company under the command of Captain Korban Vermaas
Imperial Fists Seventh company under the command of Captain Ark Noonan
My DIY chapters I've created.
The Templars of Steel (Which have fractured and split into three new chapters, The Steel Templars, The Doom Templars, The Lost.)
The Hyplions.
The Crimson Gargoyles

Tagsta - great figs man! Someone has impoved quite a lot during the time BC was down, heh?

Just went through the thread, first time since the recoverory, and I fogot just how impressive some people are with their mad elite painting skills.

As such, I humbly submit Agamemnon of my Laconia Legion

yet to ascertain how he acieves a clean cut with that chain fist though.

My much smaller alter-ego 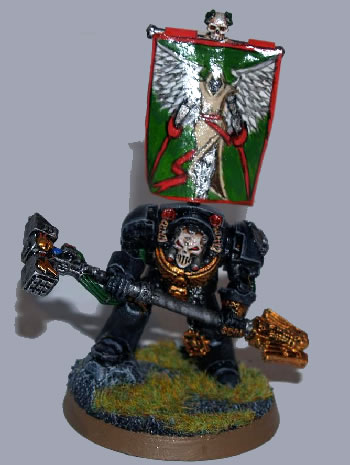 My Deathwing Motto:
The Few.
The Proud.
The Constantly Rolling Ones.

Sigismund replied.'"Are we going to scrap about it now. Argue which Legion is the toughest?
The answer always is, the Wolves of Fenris" Torgadon put in "because there clinically insane."
-1st captain of the imperial fists and Captain of the 2nd Company of the luna wolves.
"Horus Rising"

This is Angelus, my fallen angels lord, it has 2 years old. 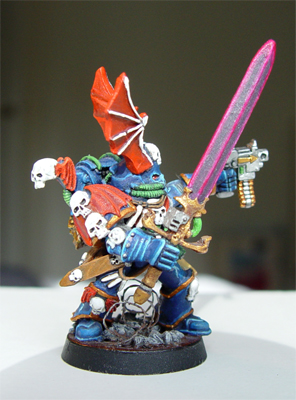 heres one of my speed lieutenant ^^

and one of my foot slogger

"To the morale high ground batman!"

Librarian Ignacius with is trusty familiar Searchy the Servo Scull...

Here are some of my commanders

Well, I've been out of hobby for about a year, and I haven't done anything to this in the intervening time, but here's my Crimson Fists Chaplain:

Been away from the hobby for a while, here are my current ones.

There is no Danek, there is only Knightmare..

This is a repost as that I had to have my account reset....

Also tagged with one or more of these keywords: Showcase