Cabal of the Sundered Fate

So when Raging Heroes had their "toughest girls in the galaxy 2" kickstarter involving sisters of mercy and space elves, I kind of went overboard on my pledge and ended up buying a full sororitas army as well as a full dark eldar army (lust elves and void elves collections). The dark eldar army wasn't one I was intending to actually play, and was more for a showcase project. As such, I bought pretty much all of their heroine minis as well as full squads of each type. The idea I had was that it was a faction that swore to Tzeentch in order to save themselves from Slaanesh... then the Ynnead stuff came out.

At any rate, this army is almost exclusively topless elf girls (although not as X rated as a Slaanesh army). I'm still relatively early in the color schemes and design phase.

So anyway here are some of the characters assembled and primed. Now that the Ale-dari are more or less unified, I'm expanding to add in a court of the young king formation (avatar, autarch, one of each aspect host with exarch and founding phoenix lord). I got hold of one of the phoenix lords box sets and I'm trying to paint them in a way to keep with the original colors while also trying to get away from the 90's cartoony aspects of them. So here's the first 4 of 7. And since this is originally a dark eldar army... I love those sculpts, terrific posing on some of them. Looking forward to seeing you do them proud

Exarchs have come up well, I'd say Fuegan is my fave.

ATTACK is the only order worth remembering

I can not wait to see the 1st images painted up.

Wyche squad done. These were Raging Heroes' pre-TGG2 kickstarter and their quality wasn't as good as the newer stuff. I like your palette choice. Looking forward to the finished product.

Raging Heroes' executrix squad as incubi squad assembled and primed. These were a pain in the ass to assemble.

And now a succubus. This is Raging Heroes' void elf heroine Onyx. Next up is my mandrakes, which are a pain in the delicate bits to assemble T_T

7th phoenix lord, Irillyth is done finally. I didn't notice the seam on the back of his ribbon until I saw the photo.. really I can barely see it on the actual figure. And now some counts as mandrakes; lust elf death dancers from Raging Heroes. I do have 3 more but I've been waiting for 2 months for replacement parts for them. I'll get them added whenever. Finally got around to finishing my banshees.

Always like seeing a well painted squad of the danger ladies. Nicely done.

Raging Heroes hero counts as archon with huskblade. Not the best picture.... 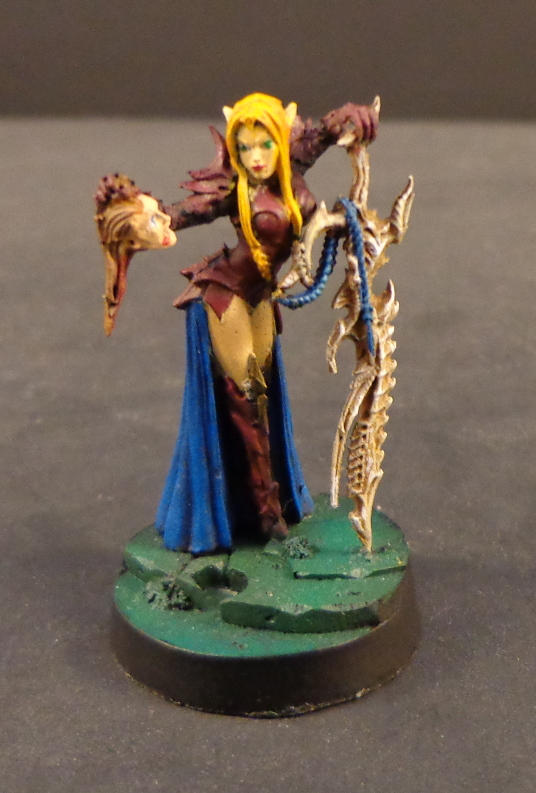 
What miniatures are these? They look great.

* Warning - these miniatures are fully anatomically correct with all the doggie bits and even buttholes sculpted. 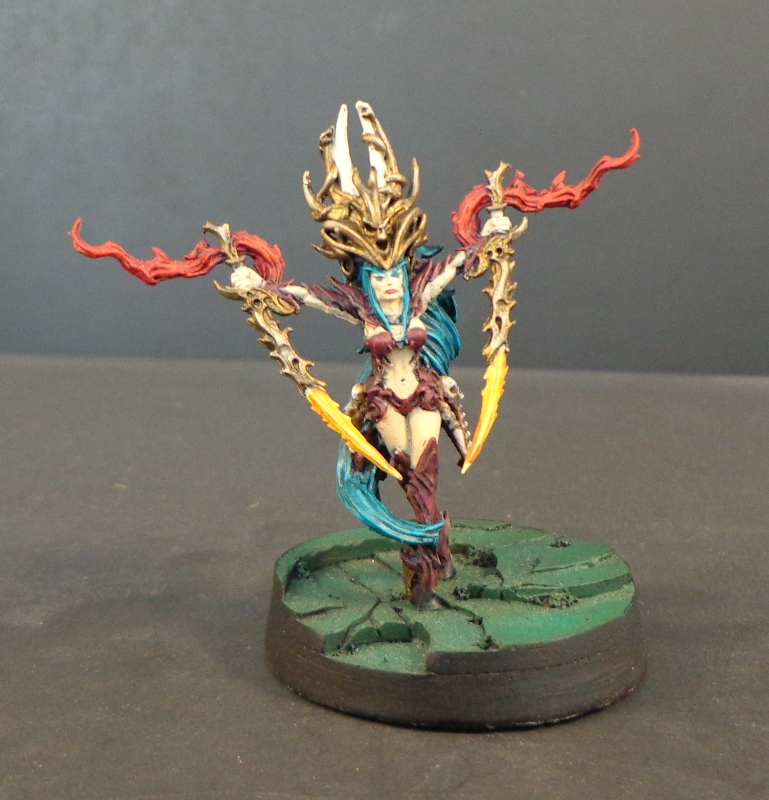 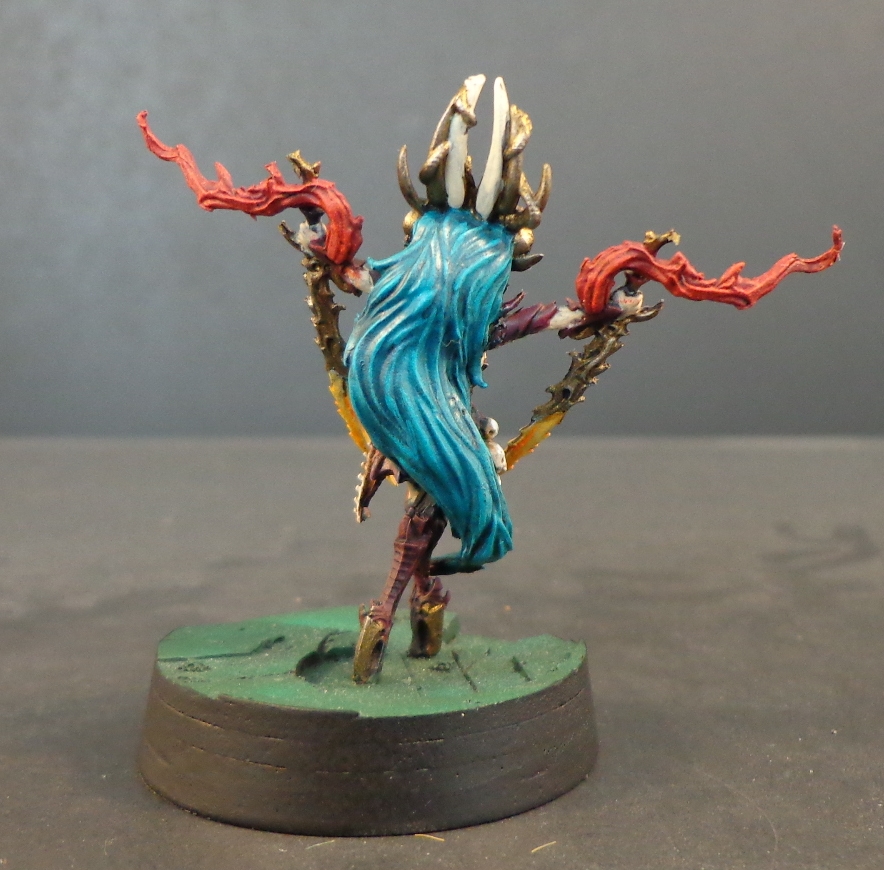 Yes, Drazhar. It could be a title that is given to the best melee specialist.

Eldar "counts as" bonesinger. I don't even know if those are still a thing in 8E. 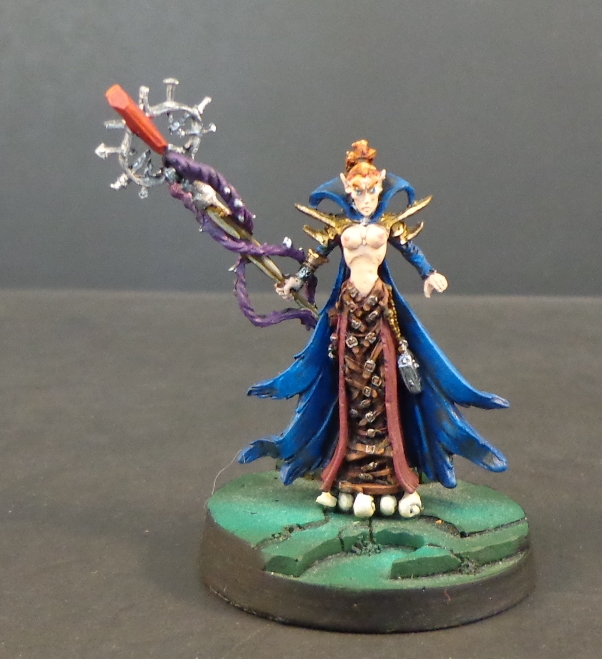 Good job on the Aeldari.

As a fellow Star Wars Rebels fan, I salute you.

Also tagged with one or more of these keywords: eldar, ynnead, mature audience, dark eldar, Drukhari