136 replies to this topic

I have not ventured into this forum much despite owning a few Inquisitors, I usually keep them more aligned with my IG collection and WIP as they generally don't have their own retinue.

I had been holding out for a dedicated Custodes subforum and now with the release of the new FW Beta rules for ALL the units I've decided now is the time to start this thread.

I do have a fairly reasonable collection so far, albeit mostly unpainted. I blame that on deciding to go with the Solar Watch colour scheme... The guys have sooo much detail... I do think it is worth it in the end.

My hobby goals for this year are to finish some random guard projects I haven't completed and then focus on getting a painted and playable Custodes army.

Some pic's of my collection so far

I actually have Trajann at a semi decent TT quality, but apparently not uploaded any pics of him yet

I've built most my bikes! Although I do have 1-2? boxes left to build since I did these...

My first bike and scheme testing, Vallejo colours helped me achieve the ivory and gold I wanted

And this is essentially my only fully painted model in a year or so of collecting...

My xmaspresent from last year

Which is now doubly so thanks for FW's release today!

I already had assembled and magentised 1 box, these guys I didn't bother with

Local store had a 40-50% clearance sale on GW the other week picked up some more models that I probably didn't need...

Hopefully will order some of the new Venatari soon too

Having finally kicked off this thread, I hope it spurs me more to finish this army sooner!

And for those wondering 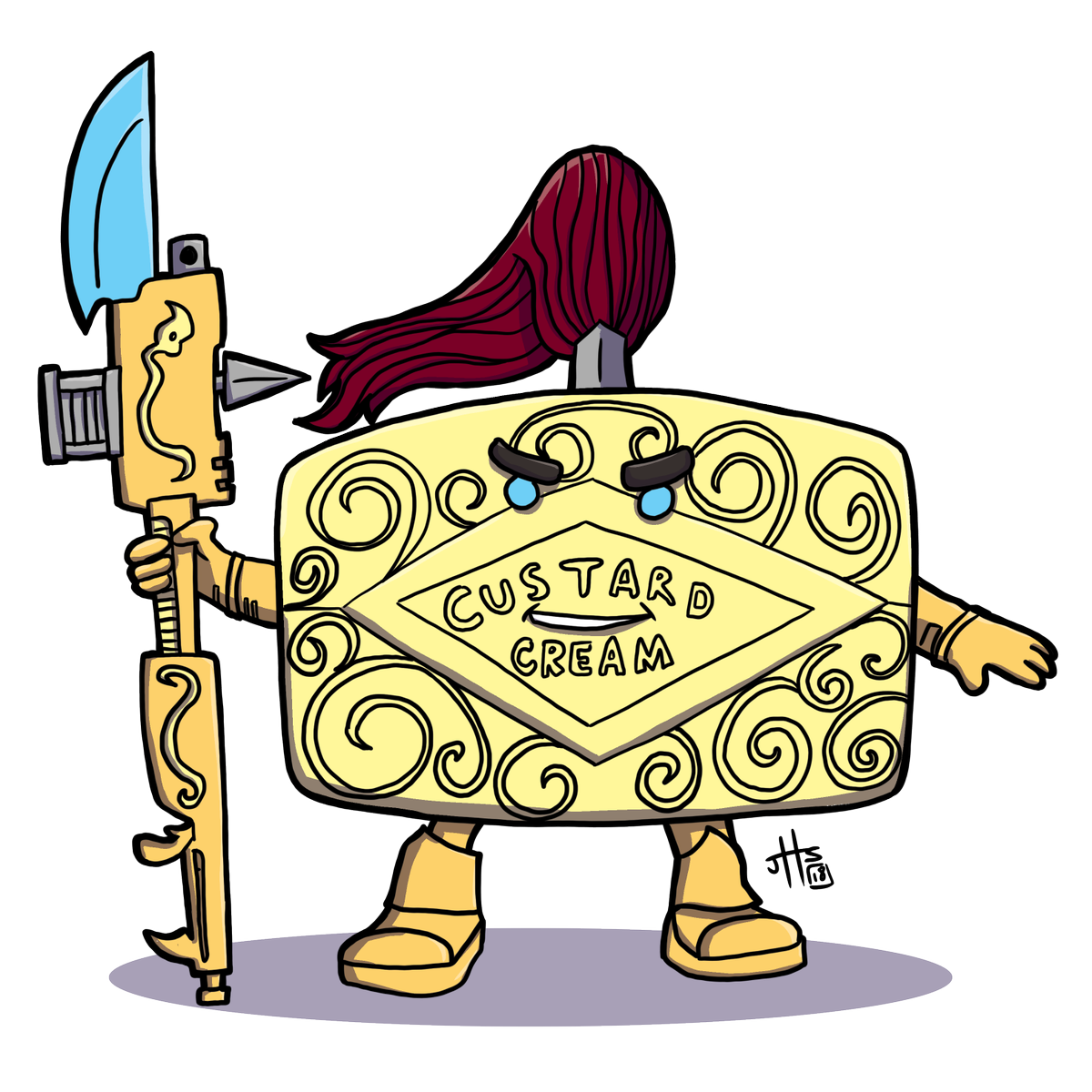 I have a full 10 strong squad of Allarus (plus Shield Captain and Vexilla Praetor) and they are silly fun. Especially once you bust out Unleash The Lions. There's a reason my LVO Narrative is list basically built around them

I visited a friend in Seattle last summer and borrowed his army to play a few games. It was a bucket load of fun!

I found some pics of Trajann:

He's actually standing next to a not FW Contemptor.... that is probably the last not FW model I'm going to purchase... the details on it sucked and was badly miscast it hasn't progress much further than that photo

Some shots of my first Custodians being readied for magnets

They were actually fairly easy to do

The army in general is SUPER fun to play. Every single one is a bad ass, but every single model lost hurts.

Yes I certainly do!

Trajann even at his previous point price was a beat stick! I'd literally march him up the middle of the field, he'd tank any hit the wreak havoc later! With his adjusted points he's an auto take for me!

Appreciate the compliment guys! Thanks

Well an unexpected commission came up (I rarely do them)

My friend wants 2 Callidus tanks painted and shipped for the 23rd of the month!

I already learnt a lesson on the chinaforge model... paint in sub assemblies! The elongated sections make it tricky for the airbrush to get into certain areas and I'm now have to mask off 3x more than I would have had to otherwise

Ohwell live and learn! Fortunately he only wants the standard gold colour so I hope to get it done in the next ~10 days
Although I have challenged my self to lose some of my gamer bod so no extended hobby sessions without some exercise (ideally) beforehand

Oh and should be collecting my Venatari off Diet this Thursday

Looks like a great start Duz! When do you need my shipping address?

Seriously though.... intimidating model now that I see it in pieces. I can't really afford them, but it's a beautiful model and you'll do it justice.

Prot you have organs not needed !

Nice, a wild Prot comes to the Custodes!

Those are some lovely models and a fantastic paint job - the ivory you've done is spectacular. Really smooth and impressive

Looking forward to seeing more and of course the full army shot when they're complete!

Thanks! I used an airbrush to base coat them, I don't think I would have tried it otherwise

Spent nearly 1.5hrs last night taping up the Caladius tank so I can spray the main chassis gold

Next one I might try some liquid mask see if that helps?

Tonight I'll try and get the gold down (2 layers) and a wash, which should take it to 80% completion!

I'll try and spray the gold with Sepia too and then wash the silver with Nulin, I might leave the red as is and just recess shade
Then glosss the whole thing, if its too much I might tape out the red again and then hit the main chassis with a satin coat

Ha, you know I just realised I said Prot instead of Duz

Prot is of course part of the woodwork here

I'm a bit fan of Seraphim Sepia on gold so I think it's gonna look great. I'm gonna be cheeky and ask when you intend to start your Telemon... that will look very striking in these colours!

Haha I did wonder! I assumed Prot was a permanent fixture around here

The Telemon... well that was meant to be shortly after I finished my other IG projects (finish Ogryns, finish Baneblade/Hellhammer chassis, finish 3rd Demolisher...)
However that got bumped down a bit with this last minute commission... However its going to pay for my own legit FW Caladius so I cant complain too much!

I got him before he was kewl

I had a look though, the UK still seems to have stock, but the US is out of stock

All those closet Custard Cream players coming outta the woodwork

I ordered the Caladius to hold me over for now.

Yeah that is a connundrum, I've never seen a Solar Watch Telemon. I think you should paint it like a giant Allarus

Haha I guess that's what he'd look like ... I'm not quite good enough to green stuff the red plume though

Does this appease you for now Ark?
After another 40mins of masking with blutac I got the golds and wash down on the hull

Looks good man! Love watching your various projects as they move along.

You're making me start to wonder if I need to get one!

Also tagged with one or more of these keywords: Custodes, 40k, WIP, painting, plog