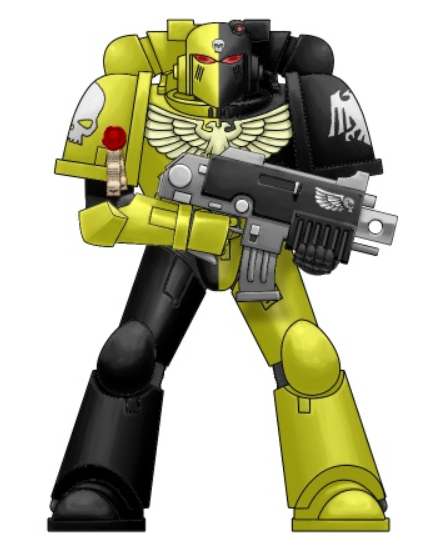 When raised to Astartes, many of these cultural traits do not shift and are even exacerbated by the Raven Guard gene seed.  Soul Takers are hyper aware of their surroundings and favor the advanced sensors of Corvus armor to augment their instinctive need to be aware of their surroundings.  Lifetimes spent as prey make them more than capable of utilizing stealth to their advantage.  Having had no names  as humans, as Astartes they take the names of fallen brothers from allied chapters.  Death having been so common on their world, there is a very real focus on mortality that is manifested unusually.  Nearly all Soul Takers aspire to become chaplains, knowing the body is impermanent and desiring to armor their immortal souls. They find peace in meditation having spent most of their lives quietly alone with their own thoughts and revere the Emperor not as a god but as a protector and deliverer.

It is rumored that they are also more attuned than their brethren to hearing the voices of the dead, often whispering warnings of threat, and urging vengeance.  It is said they inscribe the names of these fallen companions on the inside of their armor.