160 replies to this topic

Switching over to the Sons of the Gorgons now... 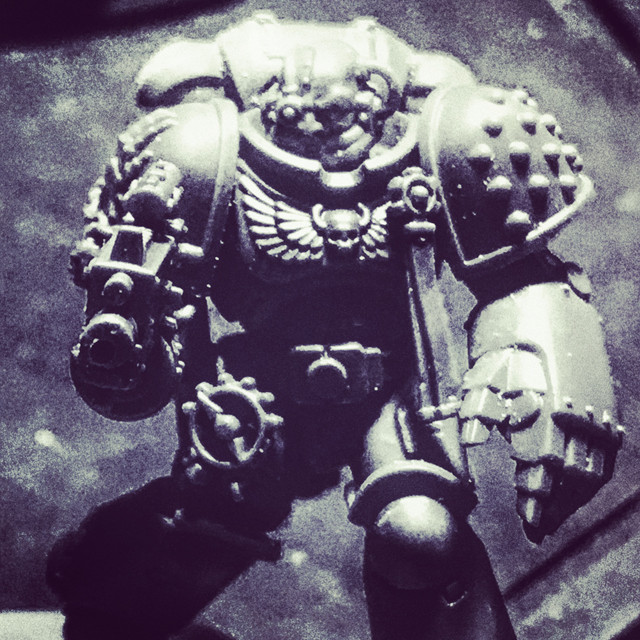 Welcome to the halls of Iron and Oil! Eagerly looking forward to your project! I get to pick up my Chaplain tomorrow afternoon!

Thanks glad to be here with y’all !

First squad of Intercessors are done... 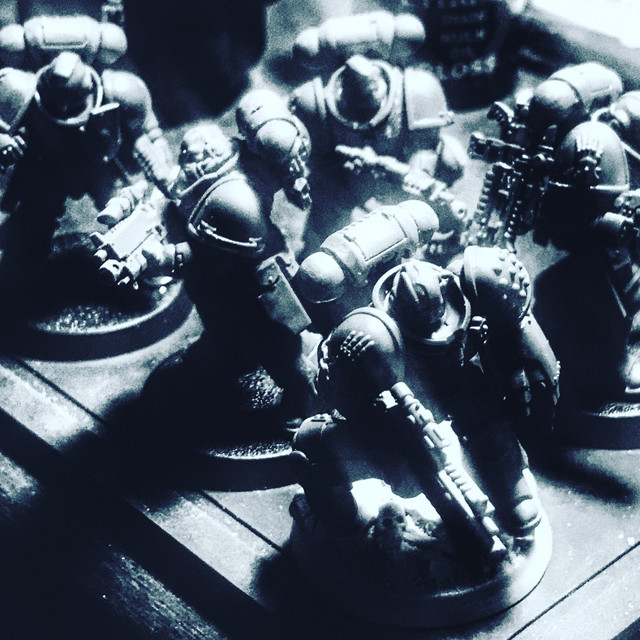 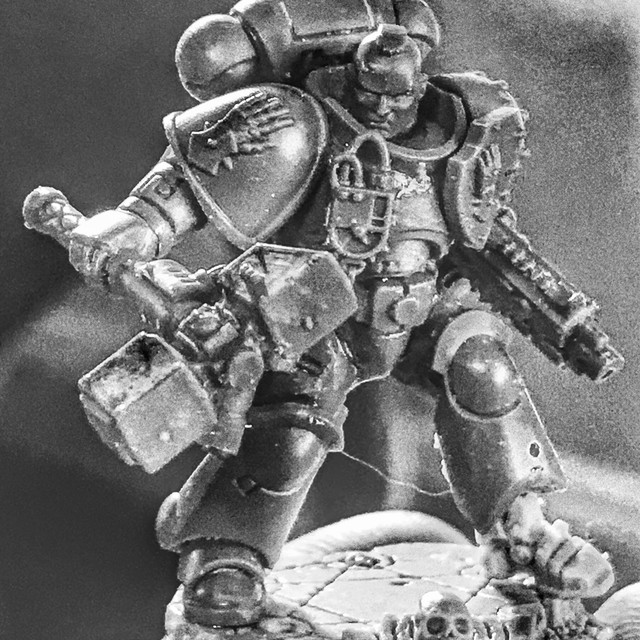 You're making good progress on getting models together, when will you start on the painting? Will you be going with the classic scheme?

I’ll build at least 1500 points before I start painting anything. I’m trying to convert a lot of the Primaris models so they look more Iron Hands. I’ll be painting them classic style.

Building that many before painting is brave, not something I'd do for fear of the grey legions staying that way

Woot woot! So happy to have you other here now BBF!

Yeah, until he gets shot by a bunch of orks and the ratlings he was protecting get kidnapped. 😆

Yeah, until he gets shot by a bunch of orks and the ratlings he was protecting get kidnapped.

They won't be kidnapped. They will be put to work.


Some men just want to watch the world burn.

Why the change... I played them back in sixth edition and Heresy. Plus I just finished painting a 2000 point army and want to do something new.

So Lucifer I have heard a rumor you like to play Grey Legion. 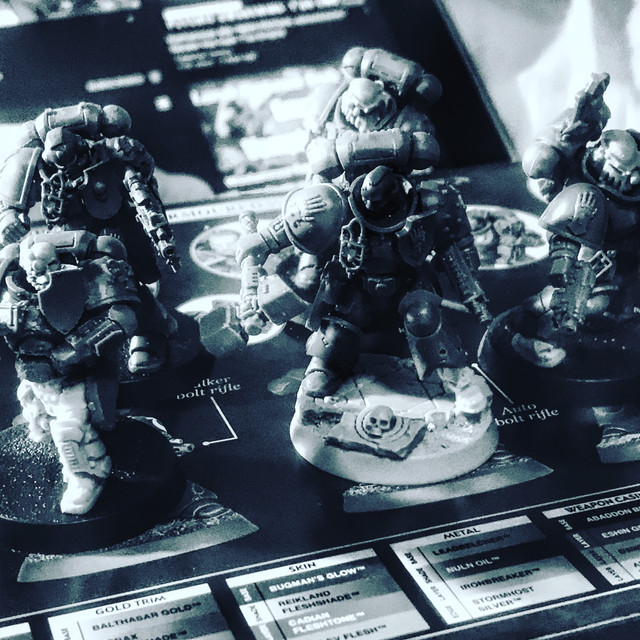 Dang you are busting these out! Might want to be a little careful. Looks like you'll be ready for the upcoming event! 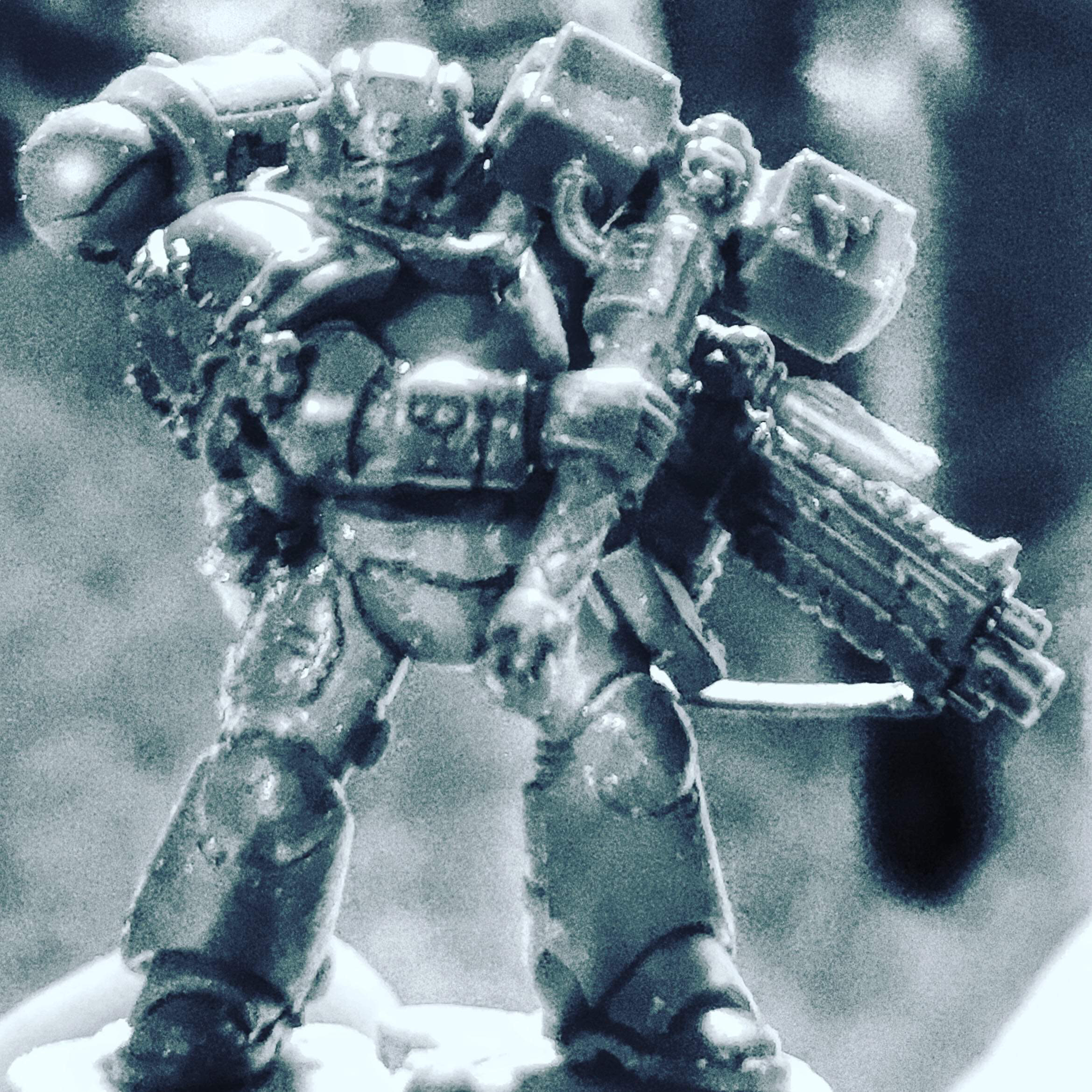 My opponent was running Space Wolves:

We played the ITC Mission #6 with the first deployment zone... there are five objectives placed in a diamond pattern. Board size was 4’ x 4’ due to the points. My opponent got to go first.

Note the Phobos Lieutenant and Terminators in my list were taken so I could fill out my list to 1k... I don’t like playing with proxies. Neither unit did much over the course of the game.

I deployed everything except my Terminators holding them in deep strike reserve. I castled on my short table edge with everything except the Phobos Lieutenant and Incursors whom infiltrated up to mid table in hope they could eventually touch the Scorpius Whirlwind by turn 2 to 3.

My opponent castled with most of his units on his short table edge holding the Wolf Priest and both squads of Wulfen in reserve.

First turn my opponent targeted my TFC with his Scorpius Whirlwind... he rolled poorly to hit and wound while I rolled for my saves - TFC survived with two wounds.

My turn the Incursors and Phobos Lieutenant moved forward in position to shoot and charge a squad of Blood Claws on the outer side of a ruin where his Scorpius Whirlwind was hidden. Even with double shooting my TFC there was one Blood Claw remaining whom my opponent used the Lone Wolf stratagem to make a character (+2W, etc.). I had decided not to shoot the lone Blood Claw with my Incursors so I could charge and wrap him so he couldn’t shoot them next turn, then kill him during my opponent’s melee phase... this backfired as the Lone Wolf stuck in there way too long giving my opponent enough time to move another pack of Blood Claws and the WGBL to deal with my infiltrating units. In many ways this decided the game.

Second turn my opponent brought in all his reserves opting to bring in the Wolf Priest and one squad of Wulfen close to my castle while the other squad of Wulfen came in mid board to bolster his defenses. His Scorpius Whirlwind just managed to finish off my TFC even with a CP reroll to save it... yet another nail in the coffin. His Wolf Priest charged my Warlord who then consolidated out of melee due to his Warlord Trait while forward Wulfen pack hit one of my Intercessor squads mulching them into past. My Incursors and Phobos Lieutenant whiffed against the Lone Wolf only managing to inflict one unsaved wound.

My turn I was able to kill the Wolf Priest and Wulfen bringing in the Tartaros Terminators from reserve to target the Wulfen with their combi-bolters. Yet again I whiffed against the Lone Wolf not even managing to score one unsaved wound. My Captain suffered three wounds from a thunderhammer that slipped past his Stormshield but I did shrug one off.

Third turn the writing was on the wall... the Scorpius Whirlwind pasted another squad of Intercessors and the Wulfen just managed an 11" long bomb charge into my Terminators with a reroll, mulching them all just like that.

My turn I was able to reduce the Wulfen to just two remaining sacrificing my Warlord... I also managed to finally take out the Lone Wolf but it was too little too late.

Fourth turn a squad of Blood Claws and the WGBL killed my Incursors and Phobos Lieutenant on the charge but amazingly the two remaining Wulfen failed a 7" charge into what was left of my castle.

My turn I finished off the last of the Wulfen.

Fifth turn a forward pack of Blood Claws decided to YOLO a charge into my last two Intercessors (they managed to survive the Scorpius Whirlwind barrage thanks to Psysteel Armor and 5+++ shrugs). The Intercessor Sergeant survived on one wound whiffing all his hits in return.

My turn the Librarian was able to pull off a super smite melting all of the wayward Blood Claws and we called it there as it was literally impossible for me to win at that point. The final tally was 23 to 17 in favor of the Wolves.

I had some poor dice rolls at critical points such as not killing five Blood Claws double firing my TFC and veteran Intercessor Sergeant never managed to hit once with his big stick, while on the other hand my opponent pulled off a couple long bomb charges that were both game changers. I’m not planning to keep either the Lieutenant or Terminators in my army - like I said I only used them so we could a 1k game. I’m not sold on Incursors either... even with their knife fighting rule they couldn’t finish off a three wound Space Marine over the course of two to three rounds of melee. I was very impressed with Psysteel Armor. Anyways I wasn’t expecting to win seeing it was my first game with a non optimized list and I’m looking forward to the next game when I’ve had time to properly flesh out my army. 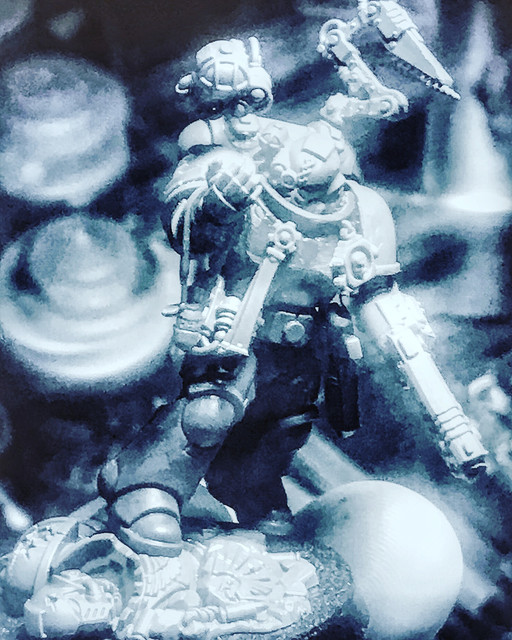 Also tagged with one or more of these keywords: Iron Hands, Black Blow Fly