Thank you. The photographs are a bit poor actually. It looks a lot better in real life - hopefully I can work on it again soon and take some properly lit images for you.

Yeah, I think you did a good job matching your infantry paint scheme to the vehicle, even in the picture.  I look forward to seeing it develop.

Haven't been able to post recently as I have a new son.

What happened to the old one? Did you upgrade??

Congrats btw, I hope you get some uninterrupted hobby time soon and dont forget to sleep as well.

I wish I'd made a note of how I'd lit the previous model - these photos aren't as good. I've finished a noise marine now and I'm pretty happy. I haven't painted the lenses yet, I'm going to paint a few before I decide what colour to do them.

Somebody previously mentioned the bases so I added a bit more interest on them. 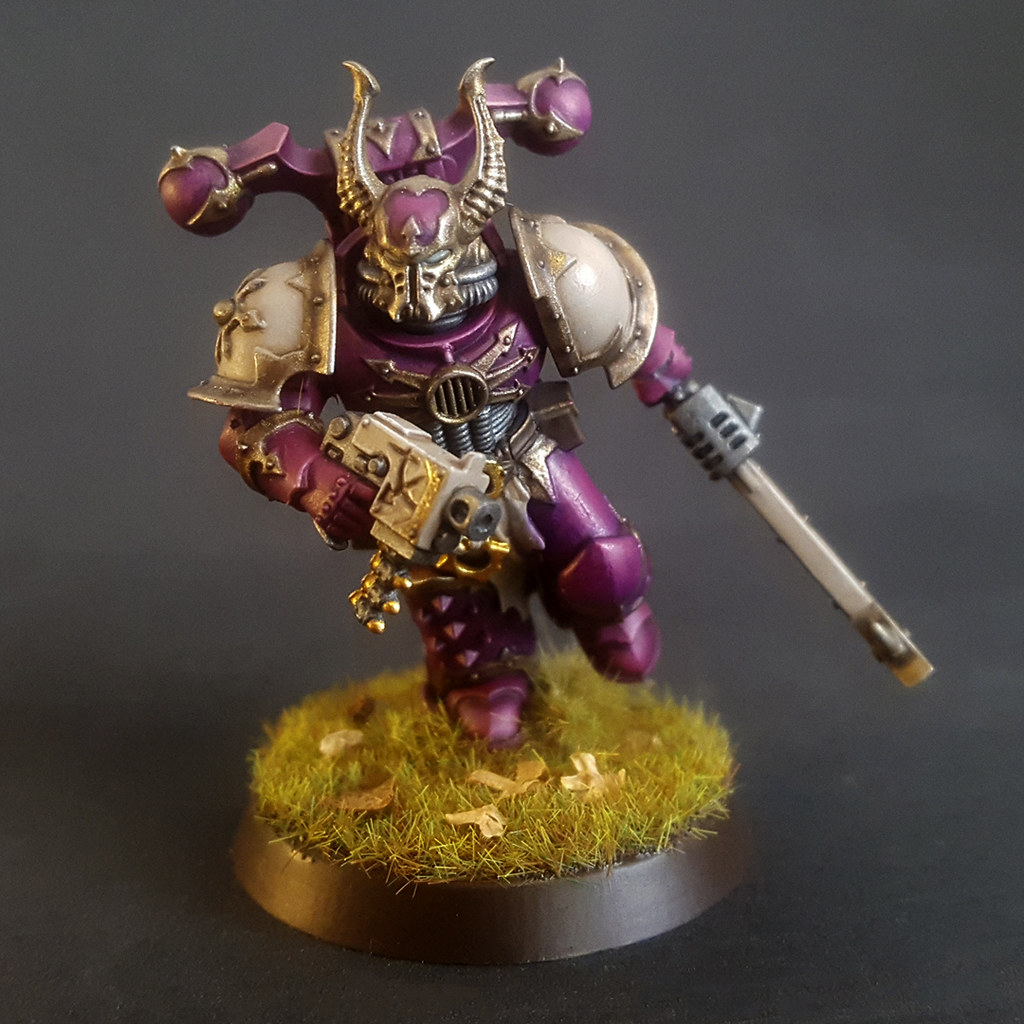 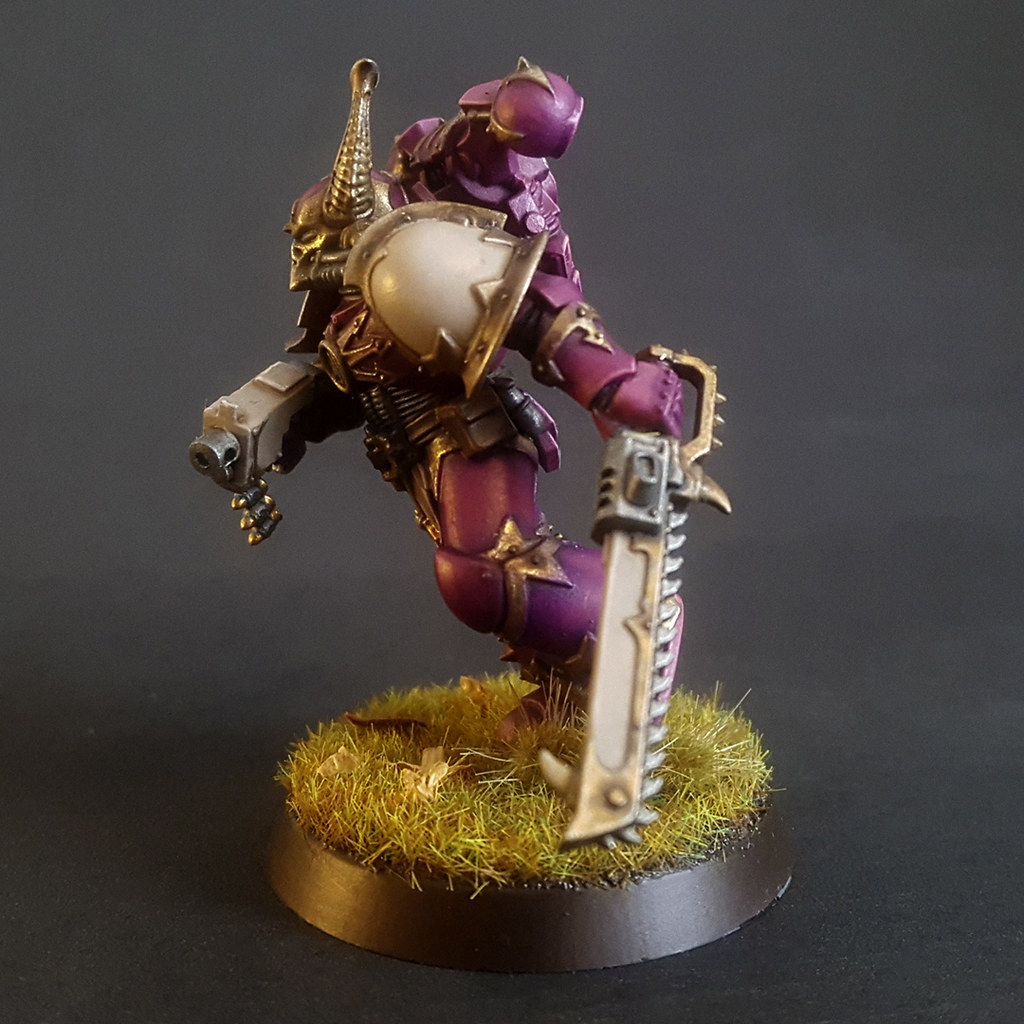 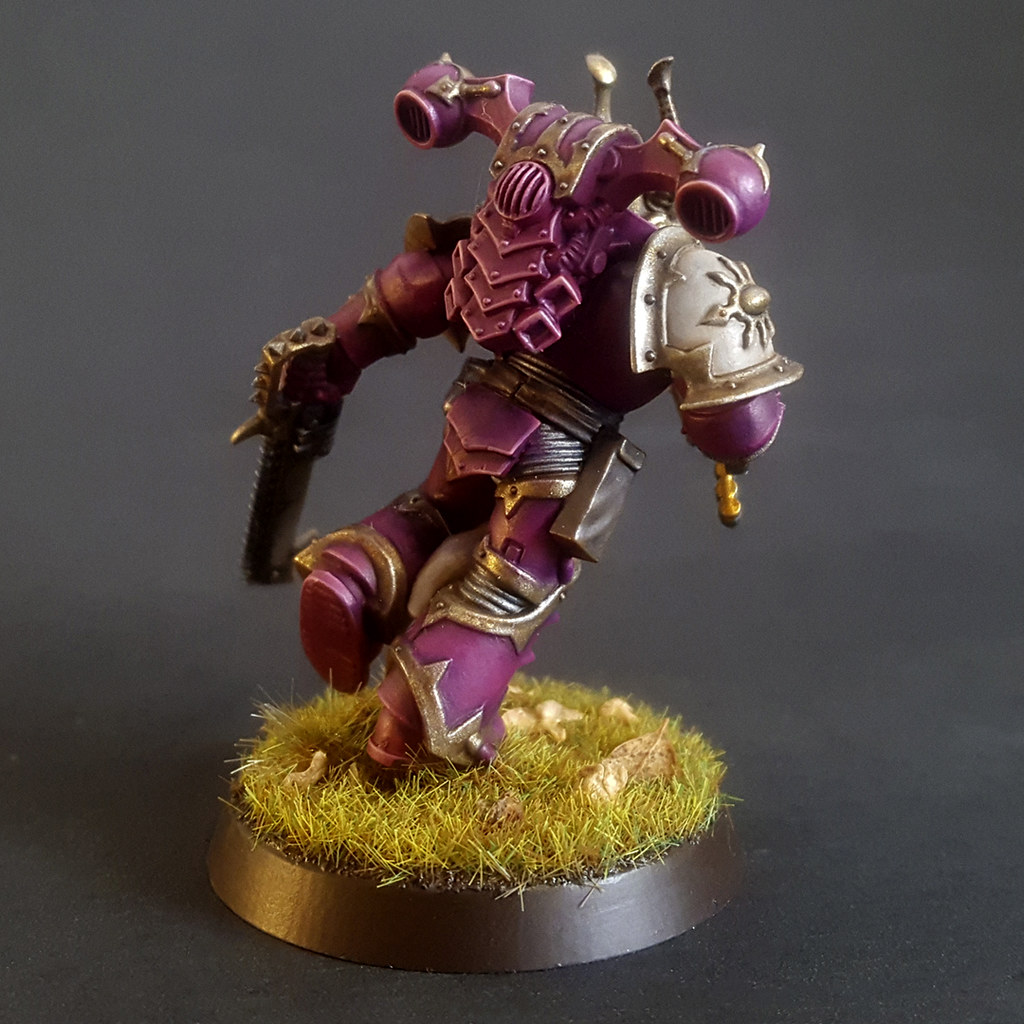 Im a pure slaanesh painter and player. Ive been collecting some chaos models too.

My main army is haemonculi covens. Thats my serious mode army. But as a side project, ive been collecting a slaanesh army with angels of ecstacy theme. Its going to be a more fun-oriented army, with some daemons and maybe even a keeper of secrets in it. I know people at my club love when people do fun-oriented armies, there is absolutely no shame in creating an army that isnt strong in a competitive way, but that everyone LOVES to play against.

But with chaos, you really cant go wrong in any way

The codices is ridiculously strong. Im running lots and lots of psykers for my army, and the painting scheme is very similar to the one you have. Except much more light pink colors.

Also tagged with one or more of these keywords: hobby, paint, emperors children