I've been collecting Tyranids for a while. Like many people, the movie Alien and Aliens inspired me. StarCraft and Starship Troopers was also a good push.

For the longest time I wanted to do a xenomorph scheme. The ones I tried didn't have enough contrast. While they looked ok, I realized I wanted some distinct contrast on the models. I still liked the idea of having some gloss, exotic feel. At the same time, I was itching to try some TurboDork colorshifting paints. A while ago, I did a couple of test models. One using their 3D Glasses (green to a red-black shift) and Blue Raspberry (blue to purple shift).

After looking at them, the green seemed interesting to me, but under certain light it looked flat. So I decided to go with Blue Raspberry and try it on a bigger bug - a Zoanthrope.

I tweaked the scheme to try and bring some highlight on claws and weapons. I generally like where this going. I am currently working on an exocrine to see how the scheme looks on it.

I'm still figuring out what I want to base them. I had thought about doing a dead world - similar to our moon, but I wasn't sure how that would look with the bone/alabaster tone of the Tyranid flesh.

My goal was to find an eye catching scheme that didn't require a lot of detailing work. I have over a hundred gaunts.

I would appreciate comments.


The Lords of the North

I sympathize with your goal; my own nid recipe is like four colors and some washes, for the same reason.

I like the green sheen, personally, but l am a fiend for green. The purple looks interesting, like a Leviathan variant, but l am not sold on the larger model with all that purple.

Another node forms in the Hive Mind! I think the blue scheme is really nice, it captures the eye with the contrast to the white and shines on its own merits also. An army painted up with this scheme would really pop

The green would work too but I prefer the blue.

I don't think you should worry about the base too much as white works well with most colours. I use a similar base scheme for my Chaos, who are half white (urban base technically), and it works well as a contrast. That said, dead can come in various forms so you could do barren wasteland or sand bases and fit the theme as well as offer more colours to pick from

Keep us updated on your progress

I've been slowly working on the exocrine.  I'm not done yet but closer.

Here's a picture I took of the carapace before I added shading to it.  To Azekai's point, it is very bright.  Although the larger carapace has many surface imperfections that really allow the colorshift to show.

One of the things that @FearPeteySodes recommended when I brought this idea up to him, was to use a darker shading method.  He recommended a mix of black oil paint and spirits.  I try to go for at least a 50:50 mix, but on some of the top plates there were some areas that the oil was thicker.

I also tried doing more a glazing technique for the skin in order to be the skin tone transitions a little less obvious.  I also painted the gun and brought out the brown with orange highlights I had done on my zoanthrope's small talons.  I wasn't sure how this would translate to a tyranid gun, but I think this color combination works well with the color scheme.  Then I started playing around with subtle plasma coloring on the Exocrine's gun.  This is not done, but I wanted to get a feel for what that might look like.
One of the benefits of this shading method is I could use a Q-tip dipped in spirit to remove the wash and allow highlights.  That will be the next steps.  I still have some minor painting and then clean up to do.

The work is paying off, this is really looking good 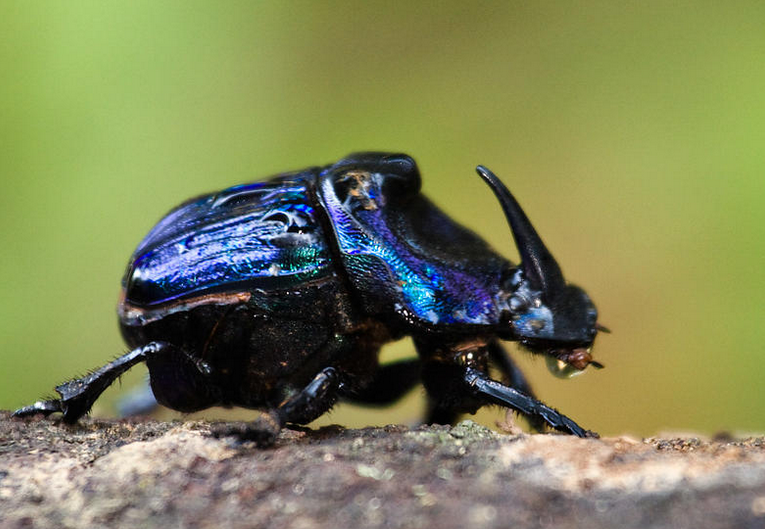 Looking forward to more of your swarm.

Wow, not gonna lie, I wasn't convinced on the smaller bug, but on the Exo that looks amazing - an army of these will be great to see!