My XXth Legion, kind of a blog i guess.

Hello everyone. I'm sorry in advance for my English, as not many people can speak it here in Moscow)

I was looking forward to starting a Horus Hersy army as soon as Forgeworld released the 1st book. I've went through a lot of variants (Dark Angels, World Eaters, Custodians) but in the end stopped on the Alpha Legion due to it mysteriousness and the lore describing them as actually being a special force amongst already special enough other astartes, mixed  with some kind of secret service stuff.

So that set, i started buying dem minis, starting from a single "Betrayl at Calth" (if only did i know then that i'm gonna buy actually 3 boxes...). After assembling all that i suddenly realised that i have nearly no time at all to actually paint all that (not mentioning that i was buying more and more minis every week xD). So i've found a local painter whose style i really liked and given him a number of models to paint. Now, little by little, he is finishing them and i can share them with you) Mind, that the color maybe not the typical AL you see, but that is the color i was looking for them. And i really like how it looks now.
I'll be posting in the order the guy's painting them, so, here we are:

Nothing special about it, just a nice mini.

Here i had a particular request. I imagine those beasts fighting where the fighting is the worst, so they SHOULD be damaged in some way and can't be in mint condition. They turned out to be exactly as i pictured them in my head. I've bought all  the weapons options and magnetised them, but only a couple of them can bee seen in photos.

Again i made the magnetisation. Unfortunately, the model was not of perfect quality, so you can see the green stuff in some places, but it stiil looks awesome on the table.

For infantry i had several ideas - 1st they shoud not have any destinctive markings, 2nd - black eye lenses, because it's just not logical to have a super-stealthy marine hiding in shadows with 2 bright lenses shining. In my opinion) 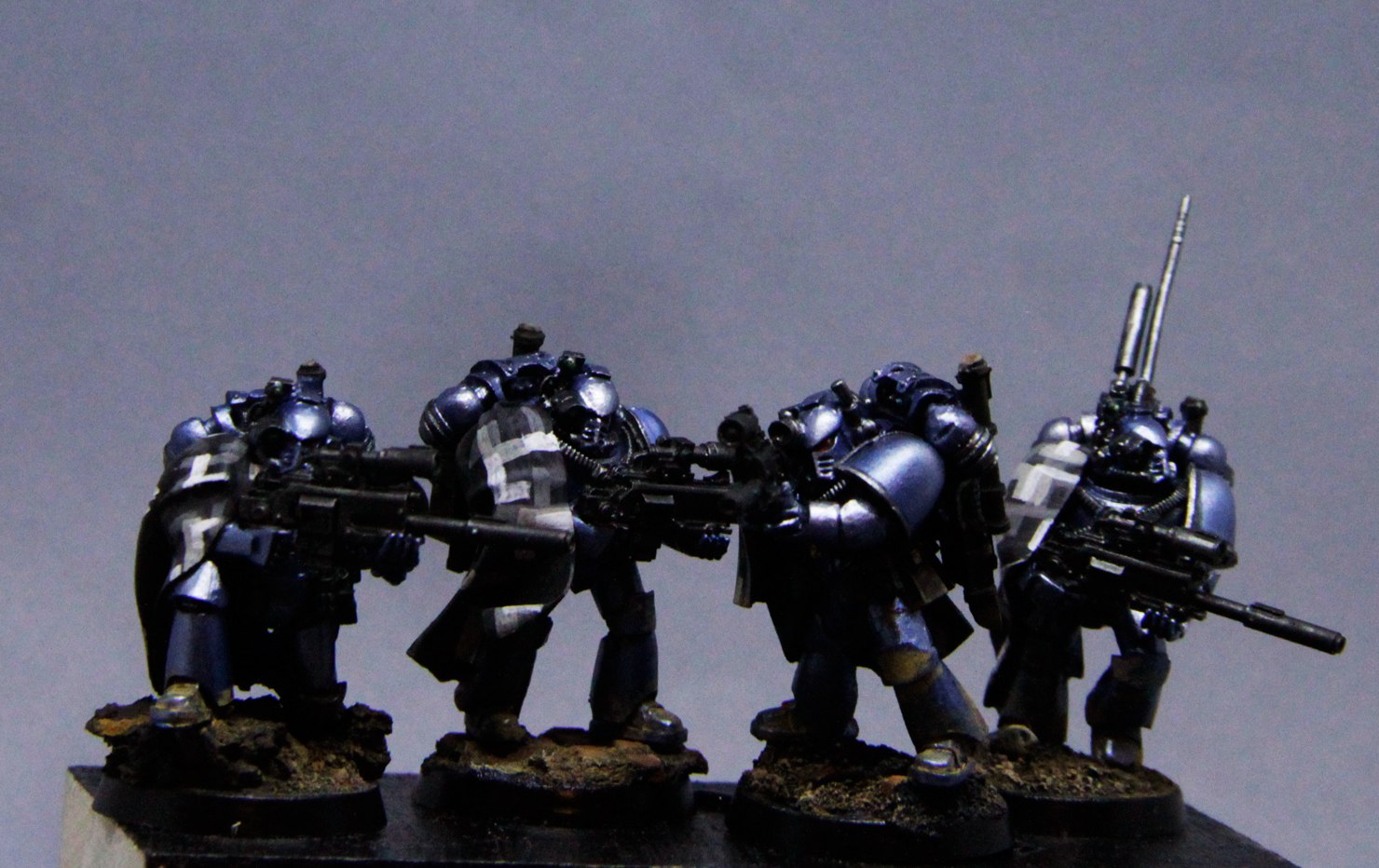 That's it for now. But some interesting stuff is coming up. Including Alpharius himself converted using Lorgar's model) Thanks for reading, cheers.

The paintjob is not mine as i do not have enough skill for that) But i'll tell the painter, thanks.

Thanks. I've been looking for the right color for quite a long time. And i am not dissapointed with the result)

And another addition. This time it as an allied  knight Castigator belonging to House Atrax.

SOme very nice Alpha Legion there

The chap you've commissioned to paint 'em is doing some nice work - particularly the freehands for the chains and such.

God i love magnetisation xD
Those contemptors are being VERY slowly painted by myself.

It Is a lot of fun to play with. Here is a picture while i was playing40r planetstrike mission against orks 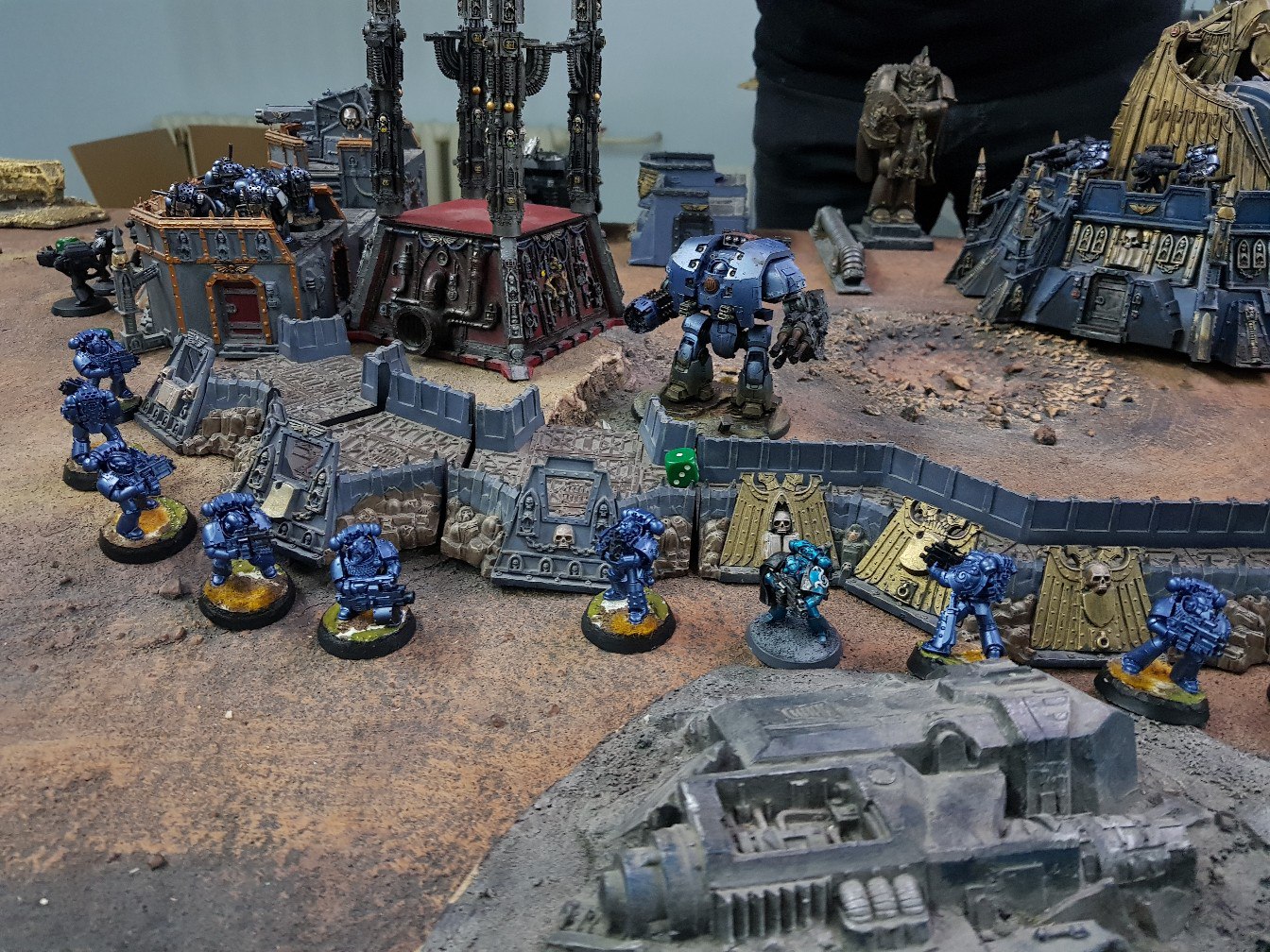 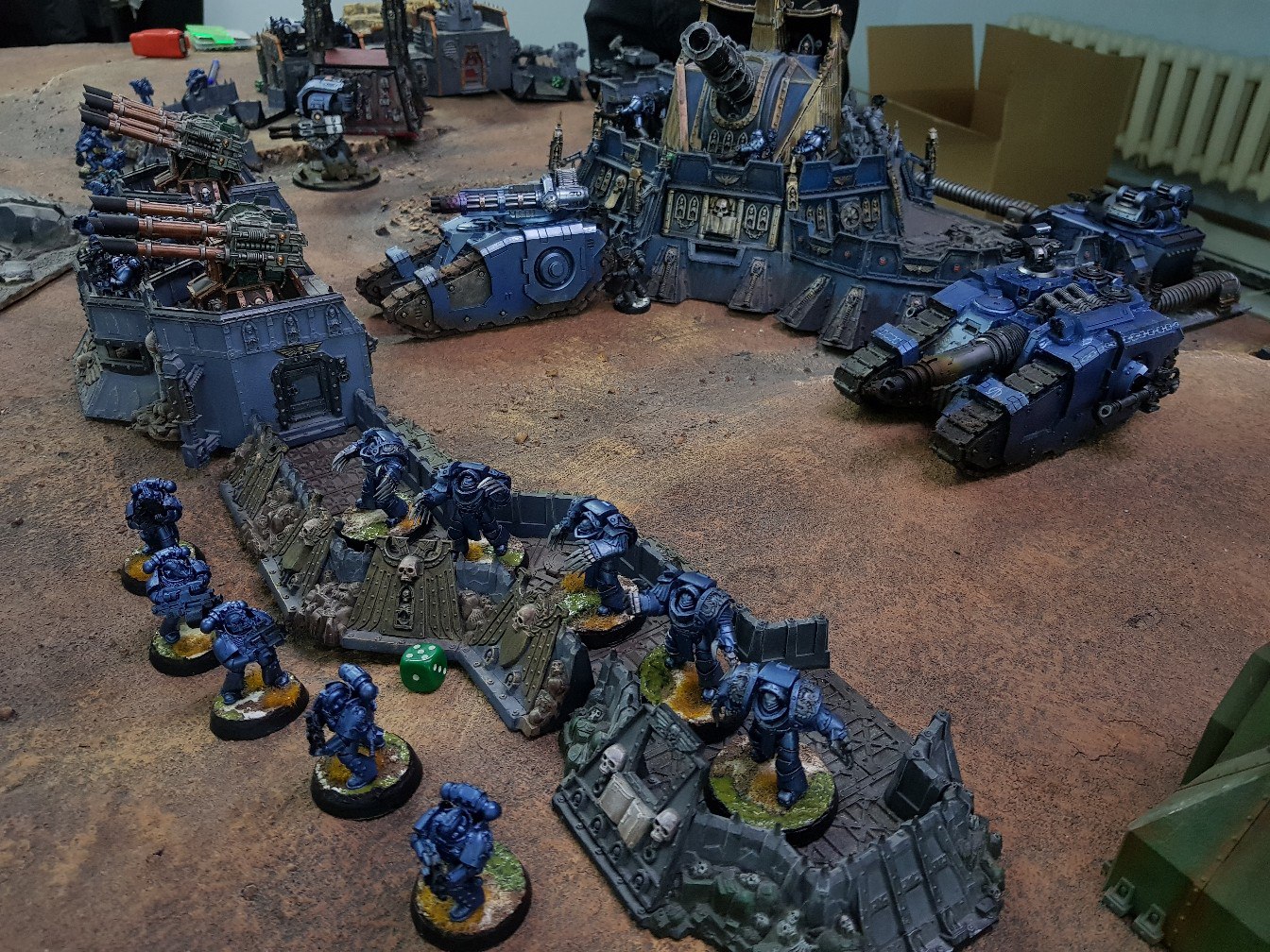 And a squad of terminators in tartaros pattern power armor

Make sure to show off this over in the Martian Death Ray Club-thread!

Great job on the head! I'm personally not a fan of the sculpt of the Fw head, but you've done an excellent job painting it

During holidays i received a long awaited order from the FW. My dream since 2004 finally came true.

The quality is nearly perfect. It even dryfitts super awesome

That was a lot of sawing

Can't wait to see it done up in Alpha colours

While i was absent - i started painting mastodon. Due to too much work and university stuff, it progresses very slowly, though i already like how it looks on the table.

And a fellblade conversion for the glaive

And a sneakpeek of the thunderhawk

At last my Thunderhawk is nearly ready. I am super happy how it is turning out)
Here's an atmospheric photo of my legion assaulting some poor sods.

Alpha legion's Thunderhawk's ready. Only diod lights are eft to put inside.

Also tagged with one or more of these keywords: alpha legion, XXth, XX, Horus Heresy