376 replies to this topic

Welcome to the T’au Outpost. The T’au belong to the “Xenos” Faction.

Here you must also post your “before” and “after” pics of your vows as well as any WIP you may want to share. You may also use this thread to discuss the progress of the event with your fellow participants, exchange ideas, offer and receive modelling/painting advice and generally have some ETL–related fun!

Here you’ll be able to submit vows that include the following units:

IMPORTANT NOTE: ALWAYS USE THE LATEST PUBLICATION TO SELECT AND PRICE YOUR UNITS
This means that the Index lists are good until the Codex is released (in which case the Index list becomes obsolete and cannot be used by anyone). Also, FAQs that come in the wake of a particular Codex (or other publication) take precedence over the Codex (or other publication). Also, any PDF releases by either Games Workshop or Forge World are also admissible (even if experimental) until an official publication that contains them is released.

It saddens me greatly that we must take arms against the peoples of the galaxy.

By their deaths, they deny themselves the liberation that is only to be found in total surrender to the Greater Good.

Soldiers of the T'au Empire, now is the time to take up arms. Now is the time to strive to succeed and to push ourselves to ever greater endeavours for only then can others be made to see the error of their ways and be shown the true path of The Greater Good...

I Elmo rise to the challenge of E TENEBRAE LUX on the side of the T'au Empire and vow to complete 3 x XV9 Hazard Battlesuits, 1 x XV88-2 Broadside Battlesuit and 9 x XV8 Crisis Battlesuits for a total value of 1243 points on or before August 1st, 2018. Success will bring me eternal glory and failure will doom me to wear the Badge of the Oathbreaker until the year-end.

The question of the timing of the commencement of hostilities is one upon which you must meditate most deeply.

Once your decision is arrived at, it must be pursued with the utmost energy.
- The Thirty Seventh Meditation on the Way of the Warrior

I Melete rise to the challenge of E TENEBRAE LUX on the side of the T'au Empire and vow to complete: 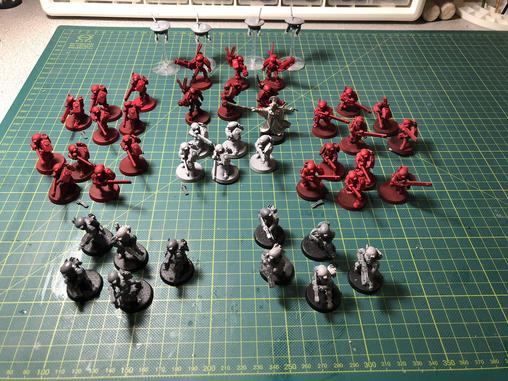 of total value of 571 points on or before August 1st, 2018. Success will bring me eternal glory and failure will doom me to wear the Badge of the Oathbreaker until the year-end.

on or before August 1st, 2018. Success will bring me Eternal Glory and Failure will Doom me to wear the Badge of the Oatbreaker until the year-end

and to be subjected to Malk'la.

I Triszin, vow for the greater good.

“The T’au’va frees us from the anarchy of disunity and the tyranny of the self. It frees us from corruption, jealousy, and petty ambition. What more wondrous gift can there be than to understand from birth one’s place in the universe? Than to know, with utmost surety, that you live and die in the name of enlightenment and reason. We will bring this precious freedom to the galaxy’s suffering masses, even if we must do so at the barrel of a pulse rifle!” —Ethereal Aun’Lan

I Shas’O R’alai of Sept Ke’lshan rise to the challenge of E TENEBRAE LUX on the side of the T'au Empire and vow to complete 1x KX139 Tau’unar Supremacy Armour Titan, 1x KV128 Stormsurge, 1x Tiger Shark AX-1-0, 1x Barracuda AX-5-2, 1x DX6 Remora Stealth Drone Squadron, 4x MV1 Gun Drones, 1x XV95 Ghostkeel Battlesuit with 2x MV5 Stealth Drones, 1x XV104 Riptide Battlesuit and 1x XV86 Coldstar Battlesuit on or before August 1st, 2018. Success will bring me eternal glory and failure will doom me to wear the Badge of the Oathbreaker until the year-end…. and JeffJedi become a Judy!

(This is going to be a fun one, I've had 3 riptides floating in some superclean for the past 24 months. Aun'Va willing, the superglue will be as brittle as the bones of Gue'la)

(I have pinned every piece to a pinboard and scraped every single mold line with the 4000grit sand paper...only the best for the ETL)

(I am only painting one for this vow......wretched Gue'ron'sha must be at work attempting to foil my plans)

(Sadly, this Y'ELDI has not arrived from the Air Caste. Our fellow Gue'vesa of the USPS clan say it will arrive by 1200 UTC 5/4/18. Will post pictures of this Or'es ship!)

(Once the Shi is obtained, 2 more of these shall follow)

"Those with superior reach can dictate the terms of battle and impose their will upon their foe. Remember, the first step on the path to victory is often the most important." —Commander Puretide

I judcottrell vow to paint:

The big thing is to get the ball rolling Jud, the more vowing the merrier and every point counts so even small vows (which yours isn't

You guys are a committed bunch - aren't ya ?

And, at the moment, you also have the single biggest vow too: 4,000pts by Shas’O R’alai!!! Good luck with that mate!

It definitely looks like you guys have a lot of momentum - that's really encouraging as I would really like to see the Xenos Faction making an impression this year. And the Tau are well positioned to become Primus Inter Pares of the Xenos Faction!

The big thing is to get the ball rolling Jud, the more vowing the merrier and every point counts so even small vows (which yours isn't

I also *cough* bought some van sars and a pathfinder box. if I finish my first vow, ya'll might see a custom pathfinder/strike team squad get vowed. =D

I, Brother Krysos, vow to paint: 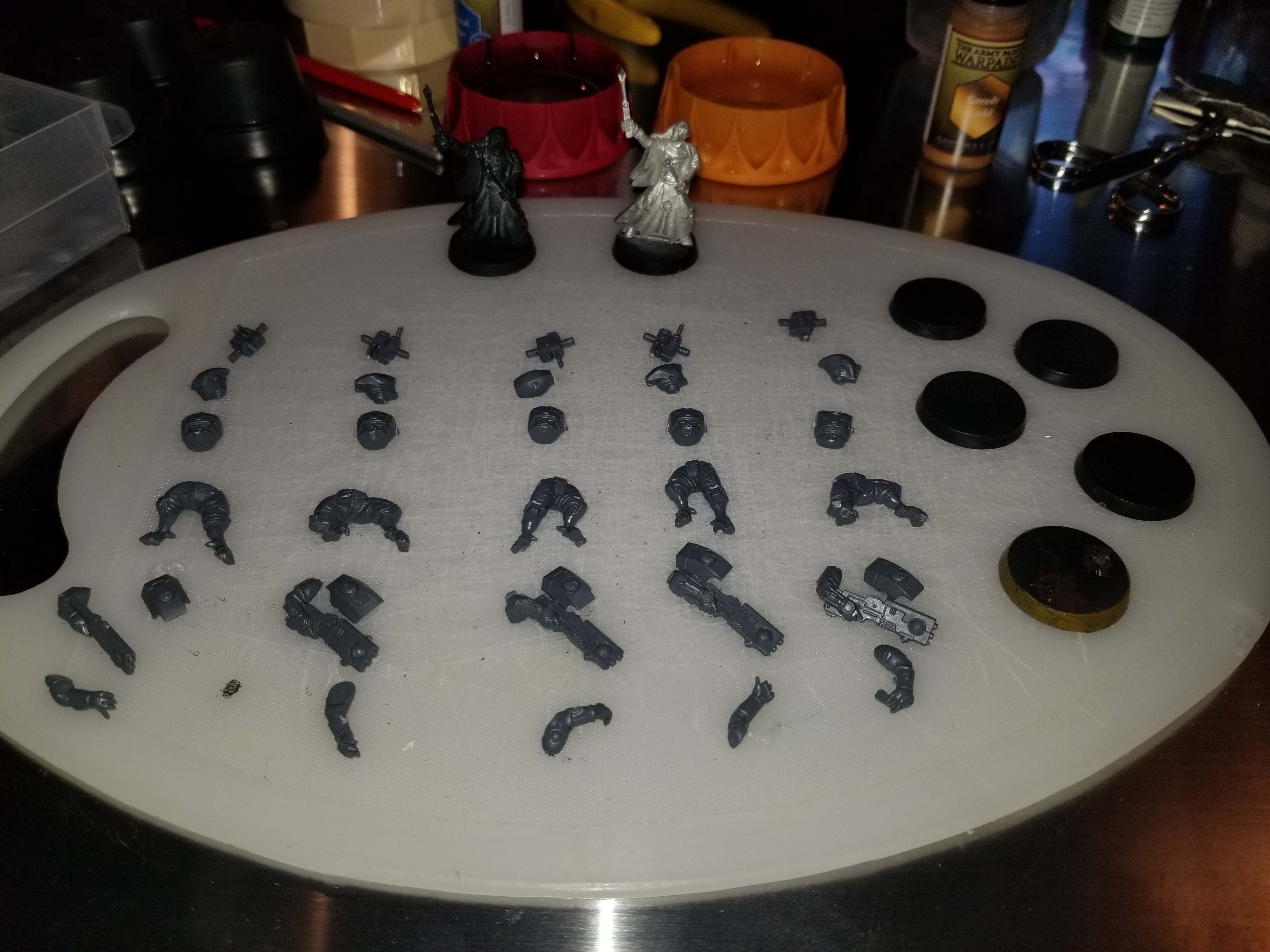 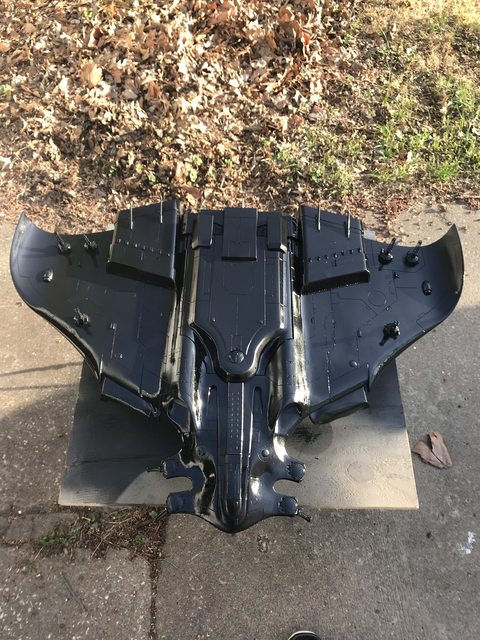 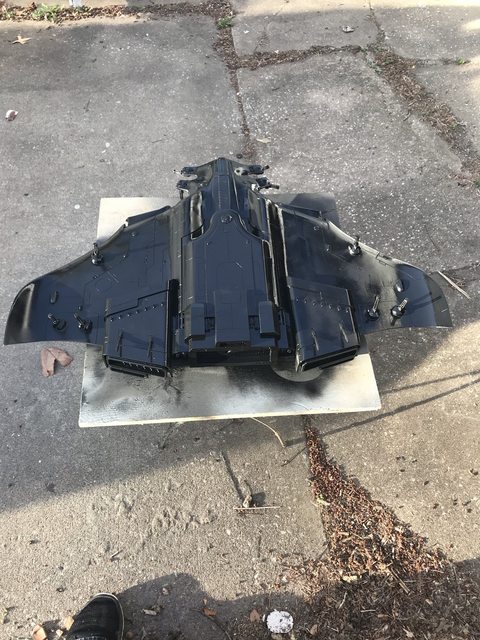 Ok, as first posts go, that tops them all!

Welcome to the B&C, the ETL and the Tau Forum Vey! I look forward to see this monster complete!

Known missions:
- Flag ship for Farsight during all operations until after Arthas Moloch. Prior name: Kor'Ar'Kais'Cha 131
- Fitted for command/special operations role.
- Operational black out after Farsight left operational status. Ship was left in AI and drone control with no living crew for duration of his exile. It was in the same condition as when it left Moloch.
(Farsight used 131 for his research and self introspection of his condition and purpose post Moloch. Evidence and relics from the encounter had to be separated but still reviewed for tactical analysis.)
- When Farsight returned to active operations, so did 131 but with a different flag name.
- Currant crew: 2 Kor pilots, 4 Kor gunners, Aun'Cha (Ethereal AI Holo-Commander designed by Farsight), and Shas'O'Cyr'Da (Special operations officer: XV80-2 Black Raven "Ke'lshan variant") . All pilots are Alpha grade covert operations specialists.

This is going to be great!

OK, everything is updated!

Mythril - still waiting for yours!

@ Captain Semper - yeah sorry ,i gotta take em out of the box and take a happy snap

@ Vay- wowzers  a single unit just doesn't come any bigger !!  (another Big shark in our Pool)

That is amazing!!! Add you painting it in FSE or Ke’lshan? Can’t wait to see the finished pic!


The event starts from May 1st to Aug 1st. In fact it starts as soon as the Outpost threads are unlocked - a few hours before the official time.

I've got two Railsides, three Crisis Suits, a Commander, and a load of Infantry to paint. I'll start working out my exact pledge this weekend after I finish my Stormsurge project.


The event starts from May 1st to Aug 1st. In fact it starts as soon as the Outpost threads are unlocked - a few hours before the official time.


Haha, okay! Thanks very much!

Base Coats, New Pattern, Weathering, and good start on Vow 1! 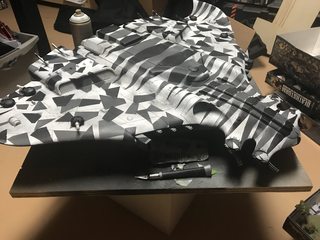 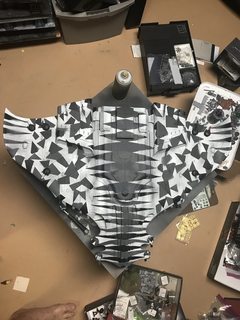